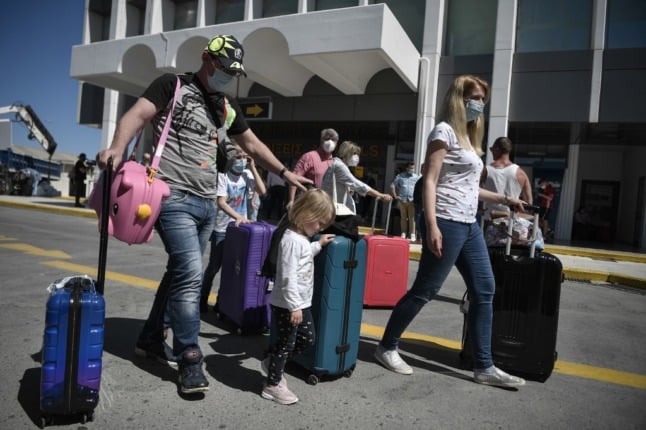 Ambassadors from EU member states agreed in principle that it was too early to add the UK to the list of countries from where non-essential travel, such as tourism, is allowed, due to ongoing concerns about the rise of the Delta variant of Covid, first identified in India.

Overall infection rates in the UK are lower than in many EU countries, including France, but it is the surge in the variant in parts of the England, that concerns European governments.

The EU is expected to look again at the situation in the UK on June 14th after which it could change its stance depending of course on the spread of the virus.

The EU did add Japan to its list of countries which also contains Israel, New Zealand, Rwanda, Singapore, South Korea, Thailand and Australia.

However certain countries like Greece and Portugal have already decided to allow British tourists to enter the country without waiting for the green light from Brussels.

Other member states however have gone the other way with France, Germany and Austria all imposing tighter restrictions in recent days.

READ ALSO: What rules do European countries have in place for travellers from UK?

The EU is set to roll out its Covid-19 travel system by July that would allow for those who are vaccinated, test negative or have recovered from the virus to travel freely within the bloc.

The scheme will link up the digital Covid health passports currently being rolled out in each country, but it is not clear yet whether the UK and other countries outside the bloc will also be included.

Talks are ongoing and much will depend on infection levels in these non-EU countries, as well as agreements on mutual recognition of vaccine passports.