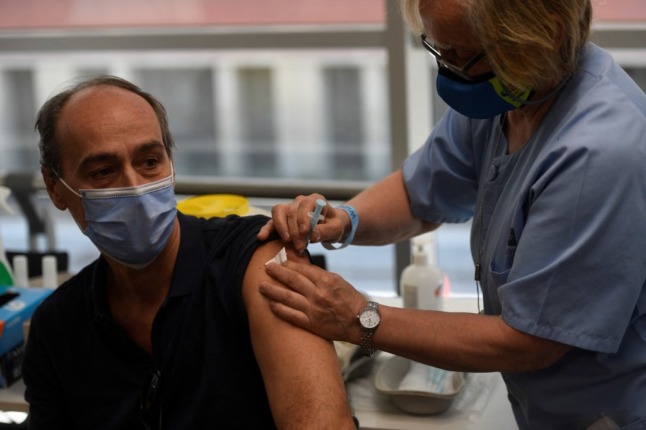 What do we mean by a vaccination certificate?

We’re referring to proof – on paper or in digital format – provided to every person who has just been vaccinated against Covid-19 in Spain.

As things stand, Spanish authorities have been primarily focused on developing their own ‘Covid passport’ (set to be launched in June) which would have as its primary use facilitating travel outside of Spain, and which would work in tandem with the EU’s Green Digital Certificate (due in July).

It isn’t clear yet whether Spanish authorities will make their ‘Covid passports’ a replacement to vaccination certificates, but currently there are many people in Spain who aren’t being handed a document that shows which vaccine they’ve received, when and where, even if just for informational purposes.

Is there a record that I’ve been vaccinated?

According to the Spanish government’s Covid-19 vaccine website, “vaccinations against COVID-19 are registered in the regions’ information systems or medical records. On a daily basis these systems or registries send this information to the national registry REGVACU.”

“All this information, as with the rest of vaccines, will be recorded in the clinical history of each person.”

Which regions in Spain are providing vaccine certificates?

So far we’ve found that at least six of Spain’s 17 regions allow people to access proof of vaccination in digital format (June 4th update: This number has since risen to 10 regions, the link below explains how to request a vaccination certificate in these regions).

But as is so often the case in Spain, there are disparities between the different regions and no homogenous way of accessing this information, as each territory is responsible for the management of its own Covid-19 health strategy. It isn’t always necessarily easy to do either, requiring a digital certificate and fairly good knowledge of how to navigate Spanish government websites.

“I’d like to condemn that Murcia’s regional health service didn’t provide me with any sort of paper stating which vaccine I received,” one woman told local Murcia radio programme Hoy por Hoy.

“They’ve told me that even after I get the second vaccine, I won’t receive any sort of proof and I can’t understand why. I need to know which vaccine I’ve received, when and proof that I’ve actually been vaccinated.

Spain’s Association of Health Users has since lodged a complaint against Murcian health authorities arguing that “everybody should have the right to access their medical records”, citing the Valencia region as an example of how it should be done.

In fact, it is possible to download a vaccination certificate – or certificado vacunal – from the Murcia health system website, although according to the latest reports users need to have a digital certificate or electronic ID and the delivery of the certificate isn’t immediate.

Does it matter that people in Spain aren’t being given proof that they’ve been vaccinated?

Aside from the fact that citizens should indeed have the right to access their own medical records, even if just for purely informational purposes, there is nothing to currently indicate that a vaccination certificate would give extra rights or access within Spain’s borders.

Since the end of the country’s state of alarm, regional border closures have lifted for all residents and tourists, and there isn’t any priority or benefit that those who have been vaccinated get over those who haven’t, apart from immunity against Covid-19 obviously.

In Germany for example, showing proof of vaccination means that citizens can go into a pub or a restaurant without needing to get a PCR test first.

In Italy, authorities have said they will require a health passport when weddings and big events are allowed to start again in June.

Since May 27th, issued vaccination certificates in neighbouring France can be scanned and turned into a health passport.

Sweden on the other hand said it will announce in mid-June whether vaccine passes will be used for domestic events.

While it may seem that the need for a vaccination certificate on home soil is more justified in other EU countries, allowing everyone in Spain easy access to their medical and vaccination records still seems necessary.

The case for a paper copy over a digital version of a vaccine certificate – handed to the patient by the health worker moments after they’ve administered the vaccine – should also be considered across the country.

More than 9 million in Spain are over the age of 65 and not necessarily tech-savvy, making it even harder for them to access downloadable vaccination certificates buried deep in government websites.

READ ALSO: Spain’s Covid vaccine calendar – When will I get the jab?