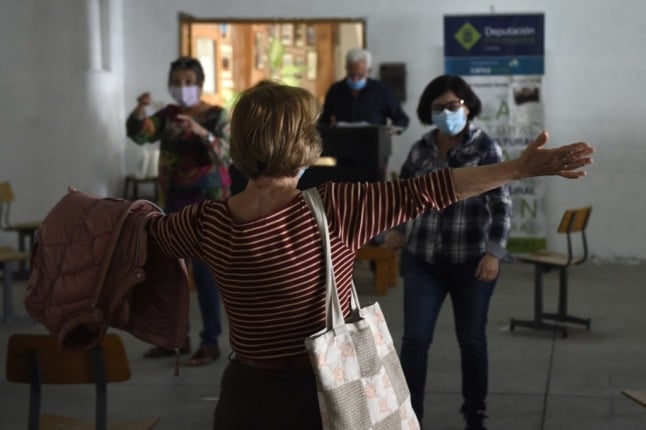 On May 17th, the UK government lifted its ban on all non-essential travel abroad and replaced it with the traffic light system, where countries were awarded a ranking of red, amber or green based on a number of factors including their Covid rates and vaccination coverage.

Spain is in the amber category along with all its European neighbours (except Portugal and Gibraltar), which means British travellers have to quarantine for ten days upon return to the UK.

The UK government officially advises against non-essential travel to all amber list countries including Spain, but there have been conflicting messages from British authorities over whether this means Britons should travel abroad or not.

Even though holidays overseas are a big priority for many Brits, there are also those who have family living in another country that they haven’t seen in months (in some cases more than a year) or second homeowners who haven’t been able to check up and stay in their property for a long time.

In Spain, where 381,448 UK nationals are registered as residents and anywhere between 800,000 to a million Britons own a Spanish property, clarity on these travel matters is particularly important.

Recent comments made by UK Environment Secretary George Eustice suggesting Britons can “visit friends” in amber countries and that are “reasons” why UK nationals “felt the need to travel” to countries such as Spain led Prime Minister Boris Johnson to reiterate his government’s official stance on Tuesday.

“I think it’s very important for people to grasp what an amber list country is: it is not somewhere where you should be going on holiday, let me be very clear about that,” Johnson said.

“And if people do go to an amber list country, they absolutely have to for some pressing family or urgent business reason, then please bear in mind that you will have to self-isolate, you’ll have to take tests and do your passenger locator form and all the rest of it.”

The UK government’s rules concern England, so if you are travelling from or to Scotland, Wales or Northern Ireland, check out the rules in place from the devolved governments.

What are Spain’s travel rules for Brits with family or property in Spain?

Even though Spain is, in the words of the country’s Tourism Secretary, “desperate” to welcome back British visitors, as things stand on May 19th 2021 it is still not possible for UK nationals as non-EU citizens to come to Spain for “non-essential reasons” under current Covid travel restrictions.

Spain’s Foreign Office does list “imperative family reasons” as one of the exceptions to this, but in the current context this most likely refers to serious illness of a relative, which would also have to be duly accredited. Owning a property in Spain doesn’t constitute an essential travel reason either.

However, this could be about to change in a matter of days as Spain’s Tourism Minister Reyes Maroto announced last week that from “around May 20th” Britons will be able to come for non-essential reasons and without having to present a negative PCR upon entry to the Spanish territory.

That date now seems unlikely to be met but Spain’s Tourism Minister is adamant that ongoing negotiations with the EU will see the lifting of the current ban very soon.

EU ambassadors for the 27 member states reached an agreement on Wednesday to allow vaccinated holidaymakers from outside the EU, including the UK, to visit the bloc, reports say, so it may be a matter of hours before Spain confirms this.

READ ALSO: How Spain plans to welcome back UK tourists without PCRs from May 20th Where does that leave Britons who want to come to Spain to visit family or their second home?

Firstly, they should wait for this decision to be approved by the European Commission, as this will essentially mean that the ‘boom barrier’ has been lifted on both the Spanish and the British side, so to speak.

The UK government is not legally preventing people from travelling abroad, as was the case before May 17th and people are free to ignore the recent muddled up advice of different ministers and authorities.

Once the EU greenlights restriction-free travel from the UK, Brits wanting to visit their families and friends in Spain, those with a second home in Spain or UK nationals who are just after a Spanish holiday, will be able to do so.

They’ll just have to factor in the ten-day quarantine upon return to the UK as well as the extra cost of two PCRs that come with the amber listing.

Is there anything else I should know about booking flights to Spain soon?

Apart from the prospect of being turned away by British or Spanish airport staff if you were to come now (currently only residency and other exceptional circumstances count for entry), there is an important consequence to the type of official advice being given by the UK government relating to insurance.

The UK government’s official travel page states that the Foreign, Commonwealth & Development Office position is “you should not travel to amber list countries” and this official advice will likely invalidate most travel insurance – despite what George Eustice said – so check your policy carefully.