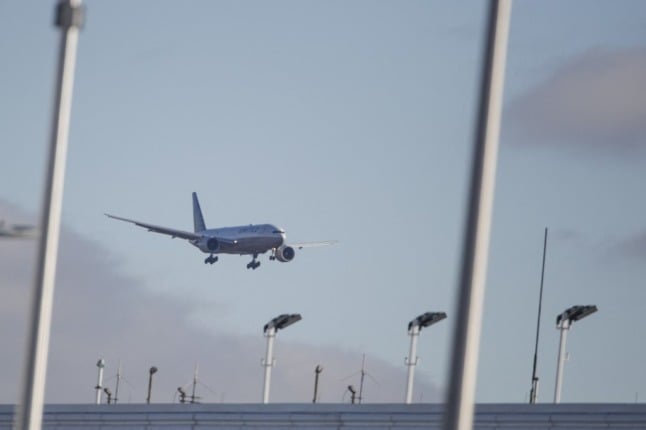 EU ambassadors for the 27 member states reached an agreement on Wednesday to allow vaccinated holidaymakers from outside the EU, including the UK, to visit the bloc, reports say.

Ambassadors recommended at a meeting on Wednesday that rules should be changed to allow non-essential visits into the EU by travellers who are fully vaccinated – in other words both doses of a two-dose vaccine or one in the case of the Johnson & Johnson injection.

However on the unresolved question of how will visitors be able to prove they have been vaccinated, the EU said it will be up to individual member states to decide what evidence they will accept.

The Local is currently trying to determine what proof will be needed in the countries we cover.

The EU currently has a small “safe list” of countries from where travellers are allowed in for non-essential reasons due to its infection rates. The list includes Australia, New Zealand and Israel. The UK is expected to be formally added to this list on Friday although some EU countries, including France, have already jumped ahead and allowed non-essential travel from the UK.

Travellers from these countries are permitted to enter the bloc even if they are not vaccinated, but in general must show evidence of a recent negative test.

The EU is currently working on a “Covid-19 certificate” which will be allow travellers to prove they are either vaccinated, recovered from Covid or have recently tested negative.

Brussels is in talks with other countries like the US and the UK to determine whether visitors from these countries can also use the EU’s Covid-19 certificate, which should be available on a smartphone app sometime in June.

READ ALSO: How will the EU’s ‘Covid-19 certificate’ work for travel in Europe?

Meanwhile, Germany has already eased most quarantine requirements after travel for fully vaccinated people although there are still currently restrictions for people entering the country.

“We propose to welcome again vaccinated visitors and those from countries with a good health situation. But if variants emerge we have to act fast: we propose an EU emergency brake mechanism,” said Von der Leyen.

The EU has been trying to push a coordinated response across the 27 member states to allow for tourist travel from non-EU countries, which was effectively banned in March last year.

However border policy is decided on by each member state and finding common ground in this area has proved difficult.

There has been increasing pressure to open up from certain European countries such as Greece and Spain which depend heavily on tourism.

We propose to welcome again vaccinated visitors & those from countries with a good health situation.

But if variants emerge we have to act fast: we propose an EU emergency brake mechanism.

“The Commission proposes to allow entry to the EU for non-essential reasons not only for all persons coming from countries with a good epidemiological situation but also all people who have received the last recommended dose of an EU-authorised vaccine,” said the EU Commission statement.

The vaccines licensed for use in the EU so far are Pfizer BioNTech, Moderna, AstraZeneca and Johnson & Johnson.

The Commission says growing evidence that vaccination helps to break transmission chains supports the argument to reopen borders to tourists from non-EU countries.

The EU parliament has backed the Commission’s plan for “EU Covid-19 certificates” that travellers would need to prove they are either fully vaccinated, recovered from Covid and therefore have antibodies or tested negative before travel.

This is what the EU Commission has proposed:

Several EU member states have already announced their own plans for reopening, including France which proposes allowing all vaccinated tourists from outside the EU from June 9th, and Spain which is talking to the UK government directly about access for British tourists this summer.

Hotel occupancy in the city rose in April, which included the Easter long weekend, to nearly 85 percent, close to its pre-pandemic levels, according to the Barcelona Hotel Guild.

“This has been a shock after two years of pandemic,” said Cuso, 32, who had hoped the city would use the pandemic pause to change its tourism model.

Cuso, who grew up in the Gothic quarter, said he enjoyed the calm that descended on the neighbourhood, which is normally flooded with tour groups visiting its mediaeval buildings.

After receiving a record of nearly 12 million visitors at its hotels and tourist apartments in 2019, arrivals plunged by 76.8 percent in 2020, mirroring declines across Europe.

The pandemic also showed the dangers of having an “economic monoculture based on tourism,” he said.

“The majority of residents who worked in tourism found themselves out of work overnight,” said Cuso.

Tourist arrivals in Barcelona had risen steadily before the pandemic and the tourism sector accounted for around 15 percent of the economy of Spain’s second-largest city before the health crisis. 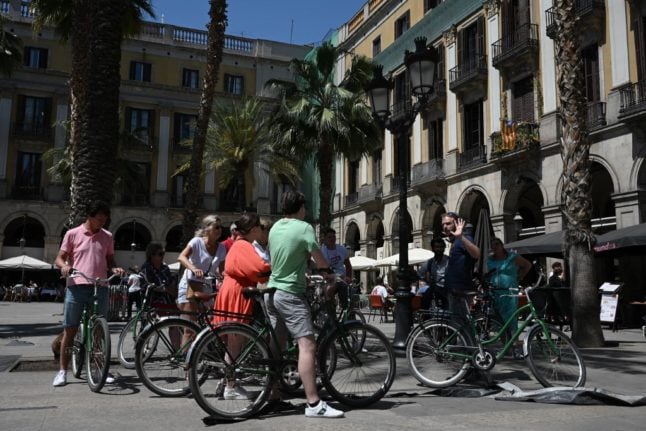 Tourists on bicycles listen to a tour guide at Plaza Real in Barcelona, on May 11, 2022. (Photo by LLUIS GENE / AFP)

The boom in tourism sparked a backlash, with regular protests, including one in 2017 where vigilantes slashed the tyres of an open-top tourist bus and spray-painted its windshields.

Barcelona residents identified tourism as the city’s main problem in a poll carried out that year by city hall.

“We must change the model to reconcile the two worlds. We can’t have the tourists’ city on one side and the city of locals on the other,” Francesc Muñoz, who heads an Observatory studying Urbanisation at Barcelona’s Autonomous University, told AFP.

Access to the busiest squares could be restricted, and the circulation of tourist buses more tightly regulated.

“Tourism is an important economic, social and cultural asset for Barcelona,” said Xavier Marcé, the city councillor in charge of tourism.

“We need to optimise the benefits and control the damage. This is the debate which all European cities are having,” he added. 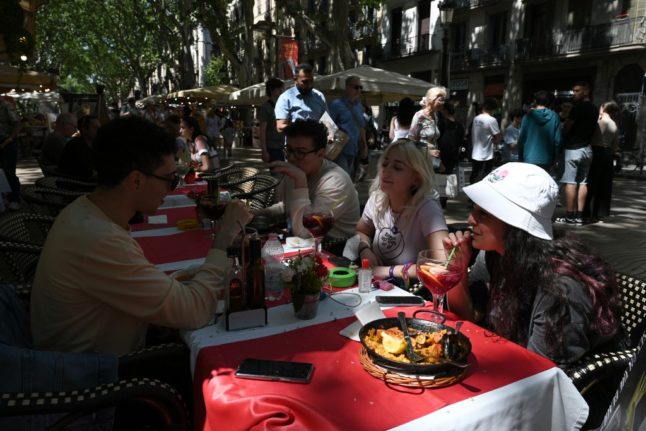 Marcé rejected the argument that the city did not use the two-year slump in arrivals due to the pandemic to change the city’s tourism model.

“Two years have not been lost. It is very difficult to solve the problems of tourism when there is no tourism,” he said.

Tour guide Eva Martí, 51, said she understands the concerns of residents, but believes formulas must be found to maintain an activity which provides a living to many locals.

“During this 13 years I have worked as a guide, it is harder and harder to show tourists around,” she said in a reference to measures such as rules limiting the size of tour groups to 15 people in some areas.

“We have to find a balance,” she added at a sun-drenched esplanade in the Gothic quarter before taking a tour group back to their cruise ship in Barcelona’s port.

Cuso, the anti-mass tourism campaigner, agreed with her.

“We are not asking for zero tourism. There will always be tourism, but we have to have a diversified city, where tourism coexists with other types of economic activity,” he said.