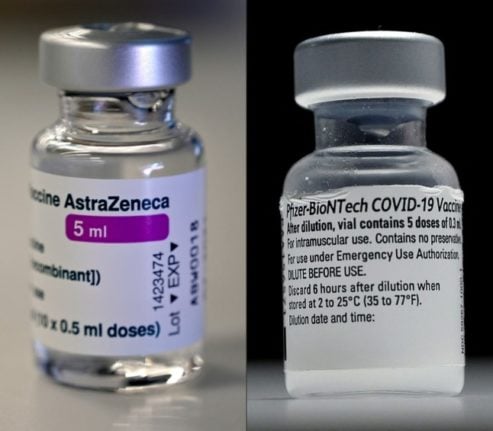 The wait is over for the two million people and essential workers under the age of 60 who were given the first AstraZeneca jab, only to be later told by Spanish health authorities that they weren’t sure whether they would get the second dose of the Oxford-Swedish inoculation.

On April 7th, the Spanish government announced it would reserve the AstraZeneca vaccine for those over 60, after an EU regulator said blood clots should be listed as a rare side effect of the jab.

This decision left 23 percent of those who received at least one dose of the vaccine, in limbo.

The options on the table for Spanish health authorities were not administering a second dose of the AstraZeneca vaccine or combining it with another inoculation.

Finally, after weeks of discussions and trials, Spain’s Public Health Commission and the country’s Health Ministry have decided that the hundreds of thousands of teachers, police officers , soldiers, firefighters, health workers and other key workers who got the AstraZeneca vaccine can have the Pfizer vaccine as their second dose.

Health representatives from the national government and the regions agreed – with the exception of Madrid and Andalusia – that the controversial ‘vaccine cocktail’ was the most suitable option for completing the immunisation of this group.

The Public Health Commission will look into the possibility that in exceptional cases the second dose be the AstraZeneca vaccine for people who categorically refuse to mix vaccines.

This contradicts an earlier message by Spain’s Health Ministry, which stated “we must remember that which vaccine people receive cannot be based on individual choice, but must be based on efficacy and different population groups”.

The news comes after the health department headed by Carolina Darias published its own study – the European Medicines Agency-approved Combivacs study – in which it concluded that mixing vaccines of absolutely different technologies of adenoviruses and messenger RNA does not entail more risk and actually triggers the body’s protection against the virus more effectively.

Those responsible for the study especially emphasized that the side effects – which in all cases disappeared after three days – were not serious enough to call the findings into question.

The side effects in test patients were: pain at the place of injection in 88 percent of cases, 44 percent reported headaches , 41 percent complained about general malaise, 35 percent about induration (hardening of the area), 31 percent erythema (temporary spots), 25 percent chills and 10 percent  nausea.

A total of 600 volunteers who had received the first dose of AstraZeneca took part in the Combivacs study, 400 of whom received the Pfizer vaccine at least eight weeks after, and 200 who didn’t receive another vaccine at all.

Critics have said that there hasn’t been enough testing on people to detect rarer side effects, as it can’t be concluded that giving Pfizer as a second dose is more effective than giving a second dose of AstraZeneca, because this study has not looked at it.

It has given Spain’s Health Ministry the right to say that vaccinating with Pfizer elicits a stronger immune response than not giving a second dose at all (seven times stronger according to their results), but it doesn’t necessarily answer the most important question: What is the best option for people who have received the first dose of AstraZeneca and are waiting for the second?

This may well be revealed in June by the Com-Cov and Com-Cov2 studies carried out by Oxford University.