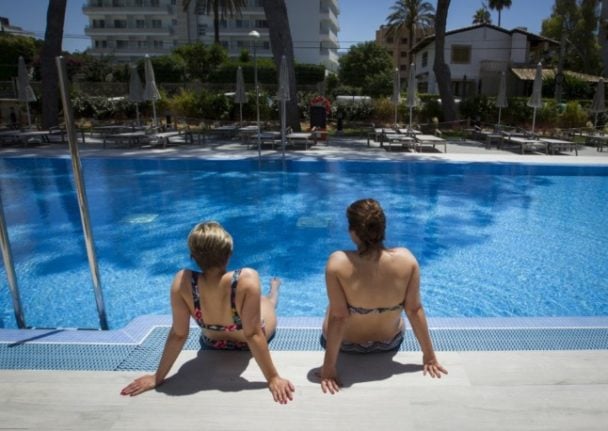 Just four days after the UK decided to not include any part of Spain on its “green” list for quarantine-free travel abroad from May 17th, Spanish authorities are seeking to make it easier for British tourists to come to Spain soon.

Spain’s Tourism Minister Reyes Maroto announced on Tuesday that her government wants to welcome back UK tourists and visitors from other non-EU nations from May 20th, although the focus of her announcement was primarily aimed at British holidaymakers, especially when stating that they won’t need to provide PCR tests to come to Spain.

“We’re in constant contact with UK authorities and the UK’s Global Task Force which has defined the parameters, and therefore we know what we have to do so that Britons can travel to Spain as soon as possible,” Maroto said during the government press conference.

UK holidaymakers are crucial to the recovery of Spain’s ailing tourism industry, representing 22.5 percent of international tourists in 2019 – 18 million people who spent €17.9 billion on their Spanish holidays.

Meeting the UK’s criteria to get on the “green” list

“We need to continue to reduce the infection rate and we need to keep vaccinating, Maroto said, four days after the UK included Spain in the “amber” classification which means UK tourists visiting Spain from May 10th will have to quarantine for ten days when they get back to the UK.

“We’re also working with the UK’s Task Force so that regional criteria can be included into their parameters, given that we have a disparity  in the infection rates between our different regions,” Spain’s tourism minister added.

Prior to Friday’s announcement, UK authorities were not discouraging travel to Spain’s Canary Islands, and there were high hopes that the Balearic Islands’ relatively favourable epidemiological data would also mean they made the cut.

In the end unfortunately, all of Spain, including its two archipelagos, were not included in the “green” list.

“The data allows us to be optimistic, we’re sharing this information with UK authorities on a weekly basis.”

“We’re fairly confident we’ll be included on the UK’s next green list update,” Maroto concluded. The UK’s traffic light system for travel will be reviewed every three weeks.

Making it easier for UK tourists to visit Spain

“We have to revise the EU’s recommendation 912 which regulates non-essential trips from non-EU countries, and therefore the UK is also on that list,” Maroto, who is also Spain’s Industry and Commerce minister, told journalists.

“This revision is advancing quickly and our forecast is that it’ll be approved for around May 20th 2021.

Spain and the EU have not allowed non-essential travel from third countries since 2020 as a way of slowing down infections and preventing new strains from entering the bloc.

A change in legislation could be good news for American, Australian, Canadian and other non-EU nationals wishing to visit Spain soon without having force majeure reasons.

“This would allow the opening to the British market so that UK nationals can come to Spain,” Maroto went on, before explaining one of the most crucial points for UK tourists.

“Based on the UK’s current epidemiological data, Britain would fall under Annex 1, therefore British tourists would be excluded from having to provide a negative PCR test before travel to Spain.

“They could come to Spain from May 20th given that their infection rate is below the range which currently requires a negative PCR.

“EU Member States are currently revising these restrictions for non-essential travel from outside the bloc, and on Wednesday we could have a first agreement on it.”

A quick summary of the UK’s travel rules

As many of you will know already, the UK operates a ‘traffic light’ system which helps determine what people travelling to the UK have to do based on where they are travelling from.

These are the classifications and their requirements for travel from May 17th.

Green: Covid-19 test before travelling back to the UK, PCR test on or before day 2 of arrival back in the UK but no need to quarantine unless PCR test is positive.

Amber: Covid test before travelling back to the UK, quarantine at home for 10 days, PCR test on days 2 and 8 after arrival, with the option of a test on day 5 for early release from quarantine

Red: Covid test before travelling back to the UK, 10-day stay in a managed quarantine hotel at the expense of the traveller, PCR tests on days 2 and 8 of arrival back in the UK

Spain currently falls into the “amber” category, whereas neighbouring Portugal is on the “green” list.The initial list applied to people in England only, but Scottish authorities on Tuesday May 11th decided to provide the same parameters for its citizens as well.

The countries and territories on the UK’s green list are currently:

Portugal (including Madeira and the Azores)