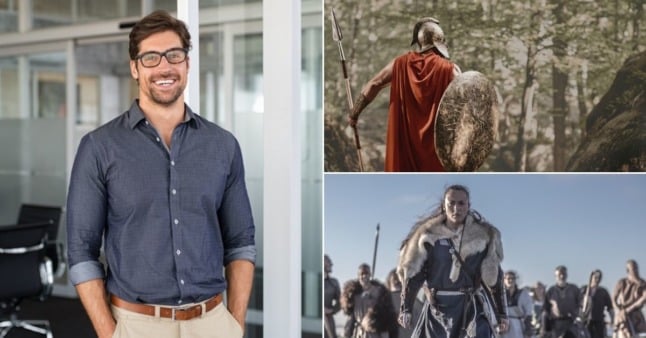 As it turns out, what you consider to be a strong, effective leader in your country may have its roots in the distant past, with civilizations such as the empire-building Romans and seafaring Norse. The Local spoke with two experts at the prestigious ESCP Business School to find out about such differences – and learn about a 21st Century model for better leadership.

With six campuses in six major European cities, cultural diversity and awareness is crucial to the learning experience at ESCP.

Interested in studying management in a cross-cultural environment? Find out more about ESCP Business School and your chance to study in cities such as London, Paris, Madrid, Turin and Berlin

The cultural roots of consensus seeking versus dominant leaders

Should a manager use direct communication with employees or let people read between the lines? Should they be a bold decision-maker or carefully build consensus? If you think there’s a simple answer to these questions, think again.

The answer is likely to depend on where you live and work. Some of the biggest differences are between more ‘horizontal’ societies (such as Scandinavia and other parts of northern Europe) and cultures that prefer clear hierarchies (such as in Italy, Spain, and East Asia).

The globalized business world can be a maze to navigate for managers and employees alike. But national differences in terms of what we expect from managers have deep cultural roots that go back thousands of years, says Professor Justin Byrne. Based at the Madrid campus, he teaches intercultural skills on ESCP’s Bachelor in Management (BSc) and some of its Masters courses.

Expectations of a more level workplace environment in Sweden, Denmark and Norway stem not just from the post-war love of social democracy but from “the Vikings being an egalitarian culture”. In countries like Italy, Spain and Portugal, he says expectations of strong individual leadership can be “related back to the Romans”. And in China, Japan and South Korea, Confucius’s ideas about roles, rules and responsibilities, remain highly influential 2,500 years after his death.

Lead on your own or listen to all?

These complexities mean the very things that make someone a good manager in some cultures make them utterly unsuitable in others, says Professor Byrne, who has lived in the UK, Spain, Italy, the US and Ecuador. Such differences are explained by models such as the ‘power distance’ index element of Hofstede Insights and in American author Erin Meyer’s book ‘The Culture Map.’

“In more hierarchical countries, managers are expected to take decisions as leaders and have answers,” says Professor Byrne. “The difference in their status and authority is manifested in how they dress, how the office is set up, and how, when and what they communicate.

Want to study in three major European cities in three years? Find out more about ESCP and its Bachelor in Management (BSc)

“In less hierarchical societies, a leader is more of a facilitator. In Denmark, it’s great if the manager turns up on a bicycle as it shows they’re like everybody else. In China, if a manager doesn’t look the part, it’s bad not just for them but for everybody.”

Culture clashes are also common within Europe. “It wouldn’t work for a Danish manager to come to Spain and expect people to express their individual opinions and have them taken into account,” he says. So, what of his students on the Bachelor in Management (BSc)? Professor Byrne says many have lived in several countries, speak three or four languages and start off “sceptical about national differences”.

“We show there’s clear evidence that they’re still relevant and that cultural values change rather slowly despite changes in behaviour and consumption patterns,” he says.

“We live in a globalized world where you can expect national cultures to be less homogeneous. That said, I’d maintain that there are still significant variations in national attitudes that are relevant in work and management.”

A cross-cultural journey: find out more about studying at ESCP and download the brochure for its Bachelor in Management (BSc)

Wherever your notion of a good boss originated, following a fast-paced career can leave you struggling to reconcile your ambitions at work with your personal life. It may seem almost impossible to achieve success and still be the person you want to be in your working and home life.

But it doesn’t have to be that way, according to Professor Carlos Casanueva. As well as teaching finance at ESCP, he has been working to develop the practice of ‘Total Leadership’ in Europe since 2008.

While we increasingly hear talk of the need for work-life balance, Professor Casanueva says Total Leadership has a different perspective. “It’s not about equilibrium,” he says. “It’s about synergies and harmony. If you do the right thing, you grow in all areas.”

He says the most important concept in the philosophy is four-way wins. This refers to acting in a way that enables you to achieve wins at work, at home, in your community, and for yourself. Three key principles must be followed: be real (acting with authenticity about what’s important); be whole (acting with integrity by respecting the whole person); and be innovative (acting with creativity by continually experimenting).

“Some people destroy their personal life because it makes sense for their professional life,” says Professor Casanueva. “I’ve been very clear since I was 18 that my personal life was more important than my professional life. I always wanted to be ethical. Plenty of people were the opposite and were very successful.”

But now he says Total Leadership principles are warmly welcomed in diverse cultures, as well as by students on the ESCP Bachelor in Management whenever he mentions the concept. “Human beings are very similar in the wiring of our brains,” he says.

While that wiring unites people everywhere, our cultural expectations do clearly differ. If you’re pursuing or planning an international career, you’ll face considerable challenges as a result.

But studying at an institution that promotes cross-cultural understanding could prove hugely helpful – and ESCP stands out in this regard. Students on the Bachelor in Management (BSc) can study in three cities in three years, from Paris, London, Berlin, Madrid and Turin. “If ESCP has a USP, it’s the cross-cultural dimension,” says Professor Byrne.

Find out more about studying at ESCP Business School – and download the brochure for the Bachelor in Management (BSc).

A pupil at a school in the German state of Hesse in April. Photo: picture alliance/dpa | Sebastian Gollnow

The company has already filed a similar request with US authorities earlier this month. Its vaccine is currently only approved for use in people aged 16 and over.

In a joint statement, Pfizer and BioNTech said they had submitted a request with the Amsterdam-based European Medicines Agency (EMA) to expand the use of their jab to include “adolescents 12 to 15 years of age”.

Ugur Sahin, co-founder and CEO of Germany’s BioNTech firm, on Thursday said the jab could be available for those age groups from June if EU approval is granted.

The move comes after phase 3 trial data showed that the vaccine provided “robust antibody responses” and was 100 percent effective in warding off the disease among those aged 12 to 15.

“The vaccine also was generally well tolerated,” the statement added.

In an interview with Germany’s Der Spiegel weekly, Sahin said he expected regulators’ evaluation of the data to take four to six weeks.

If approved, the green light would apply to all 27 European Union member states.

Pfizer and BioNTech added that they also plan to seek authorisations “with other regulatory authorities worldwide”.

No coronavirus vaccines are currently authorised for use on children.

While children and teenagers are less likely to develop severe Covid, they make up a large part of the population and inoculating them is considered key to ending the pandemic.

The prospect of getting older children jabbed before the next school year begins would also ease the strain on parents who are juggling the demands of homeschooling while keeping up with jobs.

“It’s very important to enable children a return to their normal school lives and allow them to meet with family and friends,” Sahin told Spiegel.

Plan for vaccination of younger children

BioNTech and Pfizer are also racing to get their jab approved for younger kids, from six months upwards.

“In July, the first results for five- to 12-year-olds could be available, and those for younger children in September,” Sahin said.

Ongoing trials so far are “very encouraging”, Sahin said, suggesting that “children are very well protected by the vaccine”.

BioNTech was founded in Mainz by husband and wife team Ugur Sahin and his wife Özlem Türeci. They teamed up with US pharma company Pfizer to produce the shot which is based on novel mRNA technology, and was the first Covid-19 jab to be approved in the West late last year.