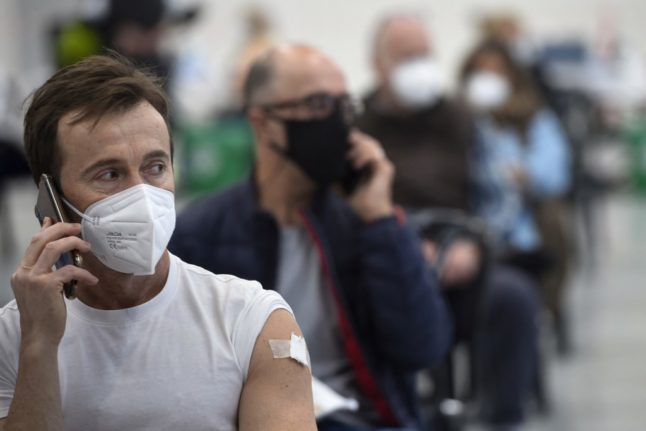 Social Security Minister José Luis Escrivá on Monday announced that his government is currently drafting an agreement with the Spanish Confederation of Employers’ Organisations (CEOE) for companies to manage and schedule their employees’ vaccine through mutual work accident and liability companies, known in Spain as “mútuas”.

The measure would allow Spain’s 17 regions to add 6,800 nurses from the mutual insurance companies to join the vaccine campaign, in turn taking pressure off public health workers who are so far handling almost all the administration of doses.

“We are going to sign an agreement soon with the mútuas and the CEOE to make the mutual insurance companies’ logistical capacities available to the regions, so that mútua health workers are able to vaccinate in the coming months,” Escrivá told Antena 3 news.

“Mútuas are part of Spain’s social security system,” he stressed, the reason for which the minister and his department are open for the vaccine rollout “being linked to the company/business set-up”.

This represents a first for Spain since the inoculation campaign began on December 27th 2020 as so far the national government has only authorised public health workers to call up patients and administer Covid-19 vaccines.

Since the start of the year, there have been reports that nurses are having to work extra hours as there isn’t enough extra staff that can be recruited to help increase administered doses per day.

Spain’s Health Ministry suggested in February it wanted to allow pharmacy workers to carry out vaccinations as well, but so far this measure has only come into force on a regional level in places such as the Valencia region.

The national government’s reluctance to incorporate the private health sector into its nationwide inoculation campaign isn’t a sentiment shared by regional authorities in Catalonia, Andalusia, the Canary Islands, Murcia and Madrid, all of whom have enlisted the help of private clinics to a lesser or greater extent. According to Spain’s Private Health Alliance (ASPE) there are more than 312,000 private medical professionals, 460 hospitals and thousands of clinics spread throughout the country that have the capacity to help with Spain’s inoculation campaign.

“The Ministry of Health has left the planning of the administration of vaccines in the hands of the autonomous communities. Therefore, in the absence of a national plan that contemplates the collaboration of private health as part of Spain’s National Health System, it is each of the regional health administrations that decides whether to do it or not,” ASPE said in a statement.

Their president Carlos Rus added:“Spain cannot assume the risk of being left behind as other countries activate all the mechanisms to achieve immunity by the summer”, in reference to how Germany, France, Greece, Italy, Poland, Romania and Switzerland already have private health fully integrated into their vaccination plans.

“Achieving full-country immunity as soon as possible should be an absolute priority at this time because, in addition to health, the recovery of our economy and many jobs are at stake”.

As of April 16th 2021, 7 percent of Spain’s population have been fully vaccinated (3.3 million) while 9 million have received just one dose. Spain also has around 3 million foreign residents who are not affiliated to the social security system that gives access to Spain’s public health. The article below sheds some light on how this group, including those with only private health insurance, can get the vaccine in Spain.