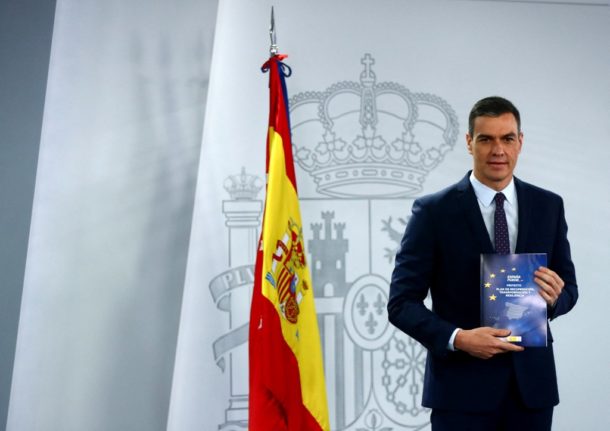 The country is the second-biggest beneficiary after Italy of the EU’s €750-billion rescue plan for the bloc’s virus-battered economies.

Socialist Prime Minister Pedro Sanchez said “regardless of when” Brussels will disburse the funds, “we have already earmarked €27 billion and we are already deploying them”.

The Spanish government will finance these projects until the EU delivers the recovery funds, he told a news conference.

Among the projects his government will fund is a plan to provide direct subsidies for the purchase of electric cars which was approved by the cabinet on Tuesday.

Approved in July 2020, the EU’s virus recovery fund must be ratified by all 27 EU member states.

Late last month, Germany was to sign off on the fund but was stopped by a last-minute legal challenge at its Constitutional Court.

It was filed by five individuals who said the EU should not be pooling debt and that each member state should underwrite its own borrowing to pay for the stimulus.

The Bank of Spain has lowered its forecast for economic growth this year to 6.0 percent, down from the 6.8 percent predicted in December, due to the slower-than-expected rollout of the EU’s recovery fund.