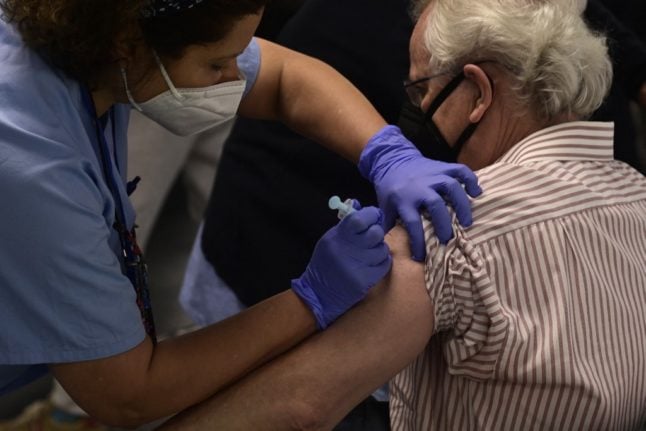 The company confirmed the decision in a statement on Tuesday afternoon.

Rare cases of blood clots combined with low platelet numbers in people who have received the vaccine are the background for the decision, the company said.

“We have made the decision to proactively delay the rollout of our vaccine in Europe,” Johnson & Johnson said in the statement.

“We have been working closely with medical experts and health authorities, and we strongly support the open communication of this information to healthcare professionals and the public,” it added.

According to the company, the United States Centers for Disease Control (CDC) and Food and Drug Administration (FDA) are reviewing data “involving six reported US cases out of more than 6.8 million doses administered”.

“Out of an abundance of caution, the CDC and FDA have recommended a pause in the use of our vaccine” in the United States, it said.

Vaccination programmes in several European countries could be impacted by the decision to delay rollout of the vaccine, which is also known as the Janssen vaccine after the Johnson & Johnson subsidiary which developed it.

Faced with yet another setback relating to the delivery of vaccines, Spanish Health Minister Carolina Darias didn’t clarify on Tuesday how her government would adapt its vaccination strategy.

But the aim of inoculating 33 million people by the end of August – the government’s target from early on to achieve 70 percent immunity among Spain’s population as soon as possible – is now looking less likely.

A total of 5.5 million Janssen doses were scheduled for delivery in Spain over the next three months, increasing to 17 million doses over the course of 2021.

France was also scheduled to receive its first 200,000 doses of the Janssen vaccine this week. The vaccine has already been authorised for use on all age groups by French medical regulator Haute autorité de santé.

France’s rollout had been planned primarily through family doctors and pharmacies, while mass vaccination centres continue to rely more heavily on Pfizer and Moderna.

Nordic countries Sweden, Denmark and Norway were also due to receive their first doses of the Johnson & Johnson vaccine later this week, while the first delivery was received in Austria on Tuesday morning.

Sweden will decide how to use the vaccine within the coming days, the country’s health agency Folkhälsomyndigheten said earlier on Tuesday.

“We are looking at the issue and the data available from the European Medicines Agency and our American colleagues,” Sweden’s state epidemiologist Anders Tegnell said at a briefing, adding a decision would be announced “within one or a few days.”

Each of the Nordic countries has factored large-scale deliveries of the Johnson & Johnson vaccine into their vaccination calendars.

Denmark has ordered more vaccine doses from Johnson & Johnson than from any other supplier, having earmarked 8.2 million doses. Those doses were scheduled to begin arriving from Wednesday.

“It is very important for us… before we initiate use in Denmark, to ascertain whether we, for example, need further documentation and scientific research, whether there should be certain provisions for use, whether it should be used (only) for certain target groups,” the director of the Danish Health Authority (Sundhedsstyrelsen) Søren Brostrøm told news wire Ritzau in a written comment.

Norway’s programme for vaccinating its population faces a setback of delays of up to 8-12 weeks if the country does not use the Janssen vaccine and also chooses not to reimplement the AstraZeneca vaccine, which remains suspended in the country, also due to concerns over side effects.