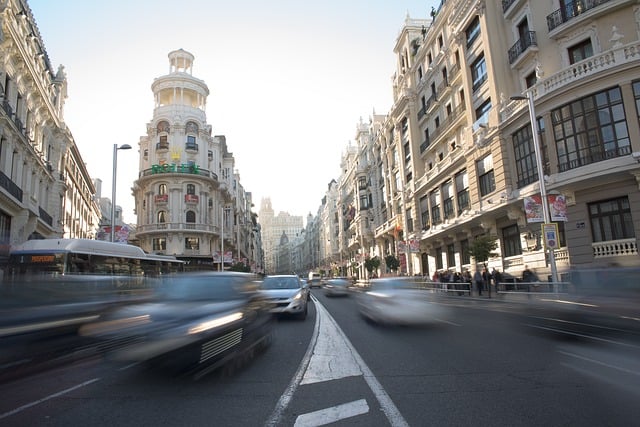 Drivers from the EU and EEA

Those with licences from the EU and the EEA are allowed to drive in Spain with their current licences, as long as they have not expired. If your licence doesn’t expire in less than 15 years, you can carry on using your EU licence, but are also free to exchange it any time you want. According to the DGT, this process is voluntary.

When you want to exchange your licence for a Spanish one or if it expires, you can do so through the DGT in a process called renovación del permiso comunitario.

You must, however, register with their Provincial Traffic Headquarters or local DGT office within your first six months of residing in Spain.

Once you have registered, you will be obliged to take a medical test in order to prove that you are fit to drive. You can get this done at one of the authorised centres (Centro de Reconocimiento de Conductores Autorizado).

If you do want to exchange your licence, you will need the following documents to present at your local DGT office.

Those with UK driving licences

The conditions have changed for British licence holders driving in Spain, now that the UK has officially left the EU and the Transition Period ended on 30 December, 2020.

There are currently ongoing negotiations between Spain and the UK. The British government website states that it has offered EU driving licence holders the possibility of continuing to drive in the UK without the need to exchange their licences for British ones.

“You can drive in Great Britain until you’re 70. If you’re 67 or over when you become resident, you can drive for 3 years. After this time you must exchange your licence. You do not have to retake your test,” reads the British government website.

Whether this will be reciprocal with Spain will likely be decided in the coming weeks and months.

The latest from the British Embassy in Madrid is: “If you live in Spain and have a valid UK driving licence, you will be able to continue using this to drive in Spain until June 30th 2021. With driving licences issued in these countries, tourists can drive in Spain for 90 days. If you’ve moved to Spain, you can drive up for to 6 months after obtaining residency (also with the international driving permit).

After that period, licence holders from these countries have to exchange their licences for Spanish ones and can’t drive until the process is completed.

The documents required for the licence exchange are:

In terms of the requirement for international driving permits, the DGT recommends that all licence holders from countries which do not have an exchange agreement with Spain should get an IDP. It is unclear whether this group would be required to get one (check with your consulate).

According to Spain’s Directorate General of Traffic (DGT), drivers with licences from these countries do not have to take out international driving permits to start driving in Spain either.

Citizens of other non-EEA countries such as the US, Canada, Australia and New Zealand

Those with a driving licence from outside of the EU who are not nationals of the countries with special agreements with Spain (listed just above) are allowed to drive in Spain for a maximum of six months before they need to get a Spanish licence. The six month grace period starts from the time they register for residency.

If their foreign driving license is not in Spanish they must however get an official translation of it or apply for an International Driving Permit (IDP) before they start driving in Spain.

This includes those with driving licences from English-speaking countries such US, Canada, Australia and New Zealand.

So if you are staying in Spain long-term and become a resident here, you will have to resit your driving test in Spain (theory and practical), as Spain doesn’t have an exchange agreement with most non-EEA countries.

Non-EEA drivers who are spending sporadic periods of time in Spain should know that the IDP is only valid for a period of 12 months, but your current driving license will need to have at least 6 months of validity remaining. After this time however, it can be renewed.

To get the IDP you need the following documents: If you’ve been driving in Spain for a while, then you’re probably used to the road rules and differences of Spanish driving, but if you haven’t, then you will probably be expected to take a few lessons before re-sitting your exam.

You are able to sit your theoretical driving test in English, but the practical part of the test will be conducted in Spanish (although knowing just the specific driving vocabulary should be enough). Several driving schools can teach you both in English and Spanish to help you prepare and get to know the Spanish terms and vocabulary that your examiner might use.

Can I still drive in Spain if I’m a tourist?

Yes, but whether you need to take out an international driving permit before you hire a car in Spain will depend on the criteria listed above. 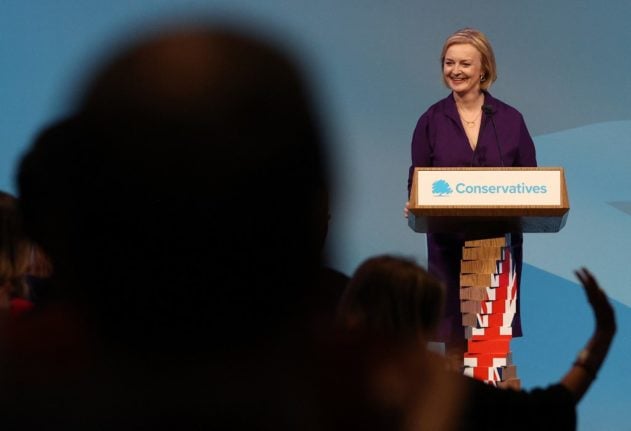 SPAIN AND THE UK
Liz Truss: What does the new UK PM mean for Brits in Spain?

TRAVEL NEWS
Passports: What are the post-Brexit rules for dual-nationals travelling in Europe?

On Monday September 5th, it was announced that members of UK’s Conservative party had finally elected a new leader and thus a new Prime Minister, after Boris Johnson was forced to resign at the start of the summer.

But what, if anything, does her election mean for Brexit and the 400,000 Britons living in Spain?

Will she be a continuity politician or will she forge a new path (for better or worse) in British-European relations?

During the 2016 EU referendum campaign, Liz Truss campaigned for Remain. “I don’t want my daughters to live in a world where they have to apply for a visa to work in Europe,” she famously said.

Having once been a member of the Liberal Democrats and decidedly more pro-European, Truss’s conversion to Euroscepticism came after she had voted Remain in the EU in the June 2016 referendum.

Did the much hallowed Brexit benefits become clear to her in the aftermath of the result? Possibly. Or, as Brexit became a litmus test of loyalty and Conservatism, did her position shift to fit the intra-party politics of her party?

Although one may hope that her former pro-European positions might mean a softening in UK-EU relations in the post-Johnson era, Truss’s dependence on the Eurosceptic wing of the Conservative parliamentary party during her leadership campaign suggests she may be kneecapped in her ability to strike compromises with the EU.

Owing to Truss’s tendency to be a bit of a political flip-flopper and change her positions at the whim of career progression, it is therefore quite difficult to predict her future behaviour with regards to Spain. We can, however, make some educated guesses based on her time as Foreign Secretary.

Going off her tenure in the Foreign Office, it seems Truss may view relations with Spain more positively than perhaps with other EU member states or the block as a whole.

In December 2021, Truss travelled to Madrid to meet with her then counterpart José Manuel Albares to build “closer economic, tech and security ties” with Spain, and to “support” the 400,000 Britons living in Spain.

“We’re significant trading partners, with the UK as Spain’s biggest European investor,” she said, “and the UK as the top destination for Spanish investment. By boosting our trading ties even further, both Spain and every region and nation of the UK will benefit.”

Yet, Truss has also strongly hinted that she would be willing to overhaul Article 16 and put the Northern Ireland protocol at risk. If she is willing to jeopardise peace and potentially break international law to appease her political base in England, particularly within her own parliamentary party, one must wonder about the seriousness with which a few hundred thousand Brits up and down Spain’s costas will be taken.

Spain’s leading newspaper El País believes Truss will continue the populist strategy of Johnson. Truss was, even in her acceptance speech on Monday, loyal to her predecessor.

She “promises citizens a rose-tinted future, without clarifying how she intends to achieve it”, the paper believes.

Sue Wilson, Chair of Bremain in Spain, told The Local that she expects Truss to “carry on with the policies of Johnson, and be led, presumably, by the same right-wing forces of the Conservative Party.

“I suspect that, as far as what affects British citizens in Spain, that continuity will simply mean we remain invisible and left to our own devices,” Wilson added.

“Britons in Spain have been left in bureaucratic limbo since the Brexit vote six years ago. Whether it be the ongoing confusion over driving licenses or renewing residency or getting new TIE cards, many Britons abroad have felt abandoned by the UK government.”

Wilson and other members of Bremain in Spain will take part in the National Rejoin March in London on Saturday September 10th to “deliver a warning to the new PM about the impact of Brexit on the spiralling cost of living crisis in the UK”,  to express a “clear and loud message” that “Brexit has failed” and to promote “Rejoin the EU” as a “mainstream” call to action.

“For six years now, Brits living in Europe have been dealing with fear, uncertainty and stress, thanks to Brexit. We have already lost important rights, and many are concerned that even those secured could be at risk. Truss plans to proceed with the Protocol Bill which threatens the legally binding international treaty that secured those limited rights. In the process, she seems determined to do further damage to UK/EU relations and our international reputation.”

Anne Hernández, head of Brexpats in Spain, told The Local Spain: “Our problem as Brits in Spain might be if she actually applies Article 16, meaning a no deal Brexit, and she has threatened that. Although I’m not sure how that might affect our rights.”

The overriding feeling among UK nationals in Spain about Truss in No. 10 is the feeling of trepidation that Hernández describes.

With its fourth leader in six years and the third to take the helm of Britain in the post-Brexit world, for Brits abroad Truss’ rise to Downing Street has prolonged that uncertainty.

With her apparent willingness to simply tear up internationally binding agreements, many will worry if the situation in Spain will be taken back to square one.

One would hope that her previously positive interactions with the Spanish state could mean that she lends a hand in resolving some of these lingering administrative issues affecting Britons in Spain, but the propensity to change her politics when it suits her make this unpredictable, and her reliance on Eurosceptic forces within her party make it unlikely.

This unpredictability could be of particular concern for UK nationals in Gibraltar. After voting Remain by a whopping 96 percent, the tiny British territory was not included in the main Brexit deal that came into effect from January 2021, and complicated multilateral negotiations between Gibraltar, London, Madrid and Brussels have rumbled on without resolution.

Truss’ rhetoric on Gibraltar during her tenure as Foreign Secretary was as combative as her anti-EU talking points during the Tory leadership campaign, continuing the us-against-them language: “We will continue to defend the sovereignty of Gibraltar.” 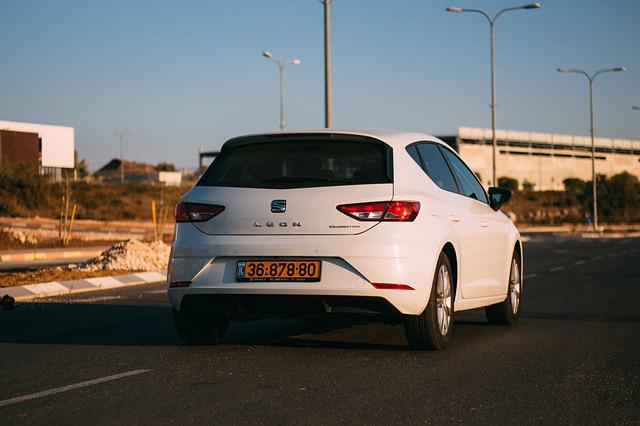 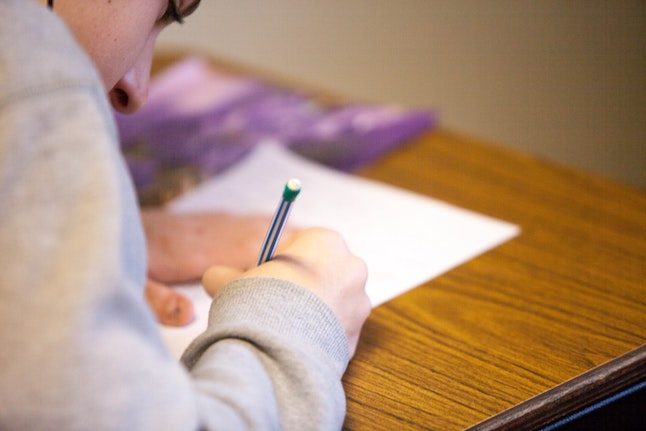 DRIVING IN SPAIN
Driving in Spain: the 10 questions everyone gets wrong on their theory test in 2022
Url copied to clipboard!