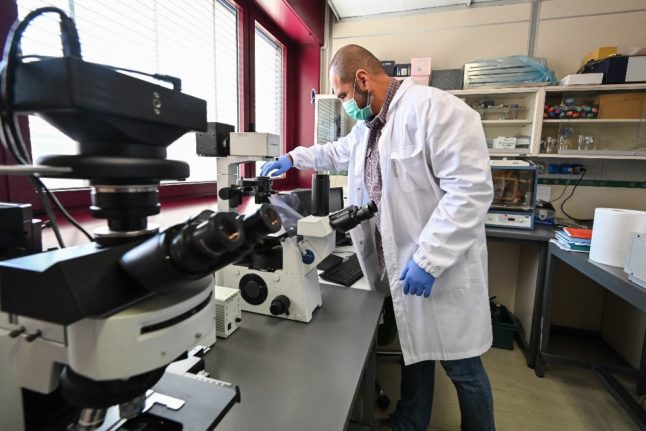 Viruses naturally change over time through the process of mutation, so the fact that several Covid variants have been detected by international scientists is no different from most other virus outbreaks.

The UK variant is the most dominant in Spain

The so-called British variant of the coronavirus has increased “rapidly” in recent weeks in Spain and has become “widespread” according to Spanish health authorities.

“It’s now our variant,” chief epidemiologist Fernando Simón told journalists during a state press conference on Monday, adding that it “could be benefiting us” as “it’s leaving no room” for the South African and Brazilian variants to take hold.

Spain’s Health Alerts and Emergencies Coordination Centre (CCAES) stresses that the UK variant has “quickly” replaced the previous variants, and is the dominant strain in most European countries, but also in other locations such as in Israel .

According to the Spanish Health Ministry’s Monday April 5th “update of the epidemiological situation regarding the variants of SARS-CoV-2 and their importance in public health in Spain”, it is “more transmissible, probably more lethal and it does not seem that the escape from immunity is important”.

How about the South African and Brazilian strains?

According to the document, the other main variants having an impact on the country are the South African (B.1.351) and the Brazilian (P.1).

The South African variant has so far been detected in three sporadic occasions and there have been nine outbreaks which infected 72 people with the SA strain.

Two of the outbreaks and two sporadic cases are related to travel to Tanzania (11 cases), from Cameroon (two cases), from South Africa (one case) and from Equatorial Guinea (one case).

It hasn’t been possible to identify the link between seven of the outbreaks accounting for 59 infections, as well as one other sporadic case, and any of the areas with a high prevalence of the SA strain.

Four of the outbreaks have been detected in the same municipality.

As for the Brazilian strain, 32 cases have been detected in Spain: three isolated infections and seven outbreaks,of which five cases were related to trips to Brazil, while another was linked to a traveller flying from Venezuela.

One of the outbreaks which caused five infections of the Brazilian strain was related to a trip to Argentina, whilst for one sporadic case and four outbreaks – with 19 cases in total – it has not been possible to identify the origin.

One of the cases included in one of these outbreaks is a possible reinfection case, according to the study.

“The Brazilian and the South African strains are the ones that interest us and worry us most,” Fernando Simón stressed.

The head of Spain’s Centre for Health Alerts and Emergency Coordination added that it wasn’t necessary to give the rapid spread of the UK coronavirus variant “too much importance” and that instead it was preferable to “be very careful” with the other two variants, which have so far had a limited impact in Spain but are reported to be more aggressive and harder to stop.

Are there other Covid variants in Spain?

The Health Ministry document also highlights that there are other variants of interest (VOI), although the impact they may have had on public health in Spain remains unknown.

“The combination of mutations and their expansion at the local level in certain locations makes it advisable to monitor their epidemiological situation currently,” reads the report.

Among them is variant P.2 (originally from Rio de Janeiro), of which two sporadic cases have been detected in travellers arriving from Brazil.

An outbreak in one family has been detected with three positive cases as well as another outbreak with nine cases at a hospital, with no known links to Brazil.

The B.1.258 variant (which has spread in the Czech Republic and Slovakia) is responsible for 18 more cases found so far in four of Spain’s regions.

Of the Nigerian variant, B.1.525, one case was detected in January 2021 for which there is no epidemiological data.

The Californian variant, B.1.429, accounts for 25 infections in Spain, of which three are sporadic and 22 are from three outbreaks in the same region. No link to travel has been established in any of them.

The Portuguese variant, C.16, has only caused one confirmed infection in Spain and there is no epidemiological data on this case either.

Finally, A.23.1 (originating in Uganda) has triggered three confirmed cases in one region of Spain.