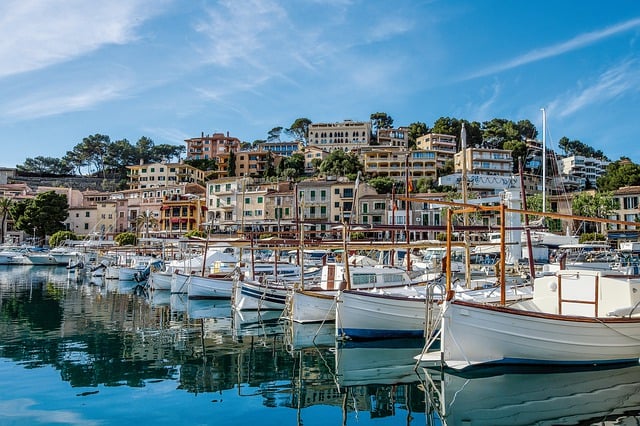 The beautiful port town of Soller on the Balearic island of Mallorca. Photo: Frank Nürnberger/Pixabay

One of the many consequences of the UK officially leaving the EU on December 31st 2021 was that British skippers would no longer be able to captain Spanish yachts, or other maritime vessels in the EU, if their nautical qualifications were obtained in the United Kingdom.

Spain’s association of nautical companies (ANEN) released a document in early January in which it explained how it was negotiating with Spanish authorities to minimise the consequences of Brexit on recreational boating for Britons in Spain.

The guide indicated with current Spanish regulations, British citizens could continue to skipper boats registered in the UK  but wouldn’t have the recognition of their nautical qualifications to skipper recreational boats under the Spanish flag.

The announcement by ANEN and the DGMM (Spain’s General Directorate for Merchant Marine) means this will no longer be the case, and that UK-qualified skippers will be allowed to rent and sail Spanish vessels.

The acceptance of Britons’ nautical qualifications in Spanish waters is to be published in an upcoming royal decree, according to both groups.

It remains to be seen whether recreational vessels travelling between Spain and the United Kingdom will continue to be considered an intra-community trip or if it will be subject to customs or other tax implications to factor in.

According to Spanish tourism website Hosteltur, the typical profile of foreigner who rents a boat to sail in Spanish shores is male – 45 to 55 – mainly from Britain, Germany and the Netherlands, and tends to prefer sailing around the Balearics or the Costa Brava. According to tourism industry experts, interest in sailing and other nautical holidays is expected to grow as it offers visitors and opportunity to socially distance while still enjoying one’s holidays at sea.

ANEN estimates that nautical tourism brought €3 billion in tourism revenues to Spain in 2016 and provided work to 19,700 people.