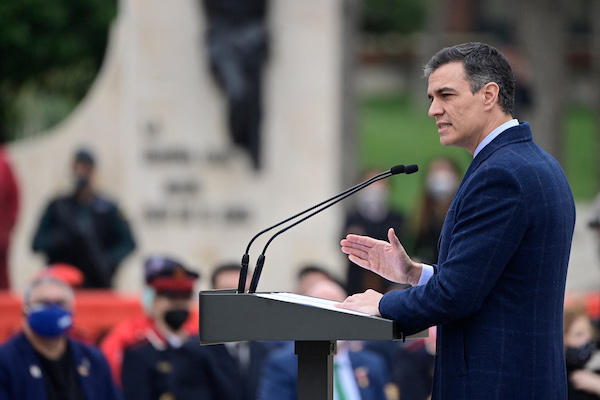 The package, which seeks to prevent bankruptcies, will include €7.0 billion ($8.4 billion) in direct aid, Economy Minister Nadia Calvino told a news conference.

Spain’s government will therefore give an approximate package of €3,000 to struggling self-employed workers who pay taxes on an objective estimated basis, and €4,000 to €200,000 to companies and autónomos who don’t fall in that category and whose business losses are 30 percent or higher as a result of the pandemic.

The funds will have to be used to pay fixed expenses and debts.

“It is a question of taking the lead to prevent possible corporate solvency problems” which could “undermine” Spain’s economic recovery, she said after the measure was approved during an extraordinary cabinet meeting.

This will be the first direct state aid to companies since the start of the health crisis last year. Up until now, government support has taken the form of state-backed loans and a national furlough scheme.

Socialist Prime Minster Pedro Sanchez announced the aid package last month without giving details on how the funds would be distributed.

The tourism sector and other industries hard hit by the pandemic have for months asked the government for direct aid to help them cope with fixed costs such as rent and utility payments.

The government had until now rejected this option. Instead, it unblocked €116 billion in credit lines since the start of the pandemic.

It has also spent €40 billion to provide furloughed workers with 70 percent of their basic salary and to help the self-employed, and transferred €24 billion  to regional governments for spending on health and education.

Last year, Sanchez’s administration also set up a €10-billion fund to bail out firms in “strategic sectors” that are considered viable but experiencing solvency problems.

“Today we have taken another step in the safety net which we have been deploying to protect our productive sector,” Sanchez said in a tweet after the cabinet meeting.

Spain’s economy contracted sharply by 11 percent in 2020, one of the worst performers in the eurozone, with its key tourism sector battered by the pandemic.

The number of registered jobless in Spain jumped by nearly 23 percent last year to around 3.9 million, according to labour ministry figures.

The country’s public debt stockpile stood at €1.3 trillion at the end of December, up 10 percent from December 2019 as public expenditure increased and income shrank.

Spain has been hard-hit by the pandemic, recording over 73,000 deaths from more than 3.1 million cases.