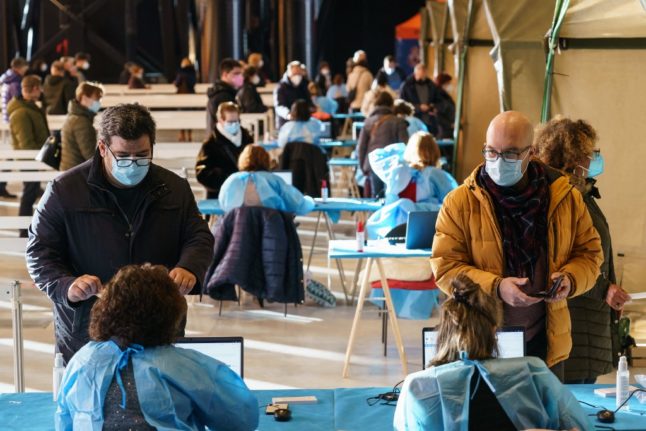 The news follows the previous announcement that foreigners who are not “beneficiaries of the Spanish public health system” in the southern region would not be able to get the vaccine, a big worry for the many foreigners in the region who have private health insurance instead and therefore no access to the inoculation.

Andalusia’s Health Council has now backtracked on its previous statements and said it will give foreigners who aren’t paying social security contributions but who live in the region the Covid-19 vaccine as well.

“Foreign nationals who reside in Andalusia and who wish to, even if they don’t have public healthcare, will be vaccinated by Andalusia’s Public Health based on the priority  criteria established, and for the general population that’s based on age,” Andalusia’s Health Prevention Service told The Local Spain.

“For this, the only prerequisite is to have legal residence in Andalusia.”

Spain’s Covid-19 vaccine calendar: When will I get it?

What should foreigners in Andalusia do?

Marbella’s Councillor for Foreigners Remedios Bocanegra confirmed with The Local that this is an Andalusian Health Council decision for the whole region, but spoke specifically about what foreigners in Malaga should do.

“In Málaga province and Marbella’s case the advice for foreign residents is to make sure they are registered at the town hall (empadronados) as soon as possible, or to ensure their padrón is updated.

“This will enable public health personnel to know of their existence through town hall records.

“It’s a service for people who are actually living here, we’re not offering any sort of vaccine tourism.” It is not necessary to have a Spanish residency document – green residency document or TIE card – to register at the town hall (a passport is valid ID) but proving you actually live in the city, town or village – through a rental contract, bills or otherwise – is essential.

In other words, you don’t have to register to be a resident before you can get the empadronamiento – it’s usually a quick and easy process, and often it can be done completely online.

Empadronamiento in Spain: What is it and how do I apply?

“I can confirm that in our province registering at the town hall is the advice, but I can’t say if in other provinces with different immigration demographics this is the recommended modus operandi,” Bocanegra stressed.

These discrepancies may well exist as Andalusia’s Health Prevention Service told The Local Spain that to vaccinate foreigners in the region, “their consulates must register their identification and location details and pass them onto the Andalusian government’s Council for Health”.

Granada-based journalist Albion Land contacted The Local Spain to say that the US Consulate in Fuengirola had so far not received any communication from Andalusian health services regarding these plans.

“Dealing with a pandemic has been a learning curve for both governments and the general population,” Remedios Bocanegra concluded.

“I want to send out a message of calm to all foreigners living in Andalusia that they will receive the Covid-19 vaccine and that our government and health service is developing plans to reach them.”

Here at The Local Spain we’ll continue to update you with the latest information regarding vaccines for foreigners not just in Andalusia but all over Spain. Stay tuned and stay safe.