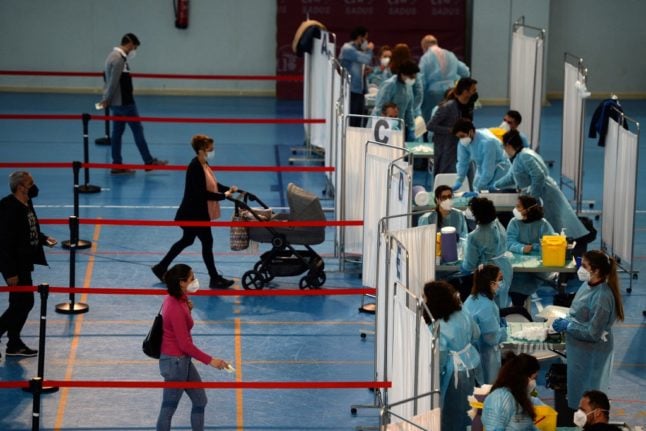 MARCH 8TH UPDATE: Andalusia’s foreigners WILL get the vaccine, but how should they register?

Health department representatives from the southern Spanish region have stressed that only foreigners who are “beneficiaries of the Spanish public health system” will be contacted to receive the Covid-19 vaccine as that’s the criteria for the vaccine campaign, according to an article published in local daily Málaga Hoy on Tuesday.

Andalusia Council for Health and Families has allegedly echoed these words, adding that foreigners in the region who aren’t properly registered in Spain should go to their “consulate” for “their situation to be processed and normalised”.

It’s unclear what The Andalusian government could have meant by ‘normalising their situation’, whether they were referring to obtaining public healthcare through residency or simply making their existence known on some sort of medical record.

The fact that they also allegedly addressed this matter to residents using only “private health insurance” in Andalusia at least implies they want foreign consulates to handle these under-the-radar groups.

The Local Spain tried to confirm the information published in Málaga Hoy with the Andalusian Health Service, Marbella’s City Council, the Malaga branch of Andalusia’s Council for Health and Families, and even Málaga Hoy itself but none were available for comment on Tuesday.

Which foreigners will reportedly have the right to the vaccine in Andalusia?

“Contracted employees and self-employed people” and those “registered and contributing to Spain’s social security”, for example those paying in amounts through the convenio especial scheme, can get the vaccine at public centres in Andalusia, Remedios Bocanegra, Councilor for foreign residents at Marbella City Council, is quoted as saying in local daily Málaga Hoy.

Pensioners who present or have presented an S1 model “at the National Institute of Social Security (INSS)” will also get the vaccine.

Healthcare in Spain: the steps to apply for the S1 form for UK state pensioners

Foreigners with a European Health Insurance card will also be eligible to receive the vaccine, the Andalusian Health Service (SAS) has confirmed.

Bocanegra added that “immigrants from third countries in an irregular situation” and who lack the economic means may be vaccinated against the coronavirus , for which they may “request temporary health coverage”, which can be “for 6 months or 1 year at most” .

The rest of Andalusia’s foreigners who do not fall in these categories will for now not be incorporated into the region’s initial vaccination campaign, Bocanegra stated, referring primarily to those “with private health insurance that can’t access public healthcare” and foreigners “who have a second home here and spend the cold winter months away from their countries in north and central Europe or the UK”.

Are the statements true?

“Currently, those statements I made are true but the situation is constantly changing and advancing,” Remedios Bocanegra told The Local Spain on Wednesday.

“The statements were made a week ago but we’re currently in discussions with the Andalusian Health Department to get foreigners with private health insurance registered at the town hall to get their padrón so that they can be contacted by public health authorities.

“It has not been confirmed yet on a regional level but that’s one of the current topics of discussion among the different health department representatives in Andalusia.,” Bocanegra stated.

“This group of foreigners will have to prove they reside here or have a property, it’s not going to be possible for foreigners who are on holiday or on a temporary visit to Spain to get access to the Covid-19 vaccine through Spain’s public healthcare.”

The Marbella City Councillor is quoted as saying that the number of people registered at the town hall in the coastal city “was increasing an incredible amount” already, probably as it has been suggested (not confirmed officially across Spain) as one of the ways for health centres to access extra records of residents that aren’t registered with a public doctor.

Her earlier suggestions for those affected by the announcement were to either “wait” or “consider returning to their country”, keeping in mind that the limit on time spent in Spain depends on nationality (90 out of 180 days for non-EU nationals).

The Spanish government has previously stated that no distinction will be made between citizens and non-citizens and has pledged to vaccinate everyone in the country, regardless of their legal status and that includes those not registered with the social security system, including ‘illegal’ immigrants and the homeless.

Spain’s private health association ASPE has suggested to the Spanish government to let private clinics in the country buy Covid-19 vaccine doses from the pharmaceutical companies producing them, something which Madrid is reportedly unable to do because it goes against the Spanish and EU vaccine strategy.

How will foreigners in Spain with private health insurance be contacted for Covid-19 vaccine?

Spain has around 5.4 million foreign residents but according to social security statistics, 3 million of them are not affiliated to the contribution system that gives access to Spain’s public health.

“The line that the Spanish government has given us is that the private insurance companies, which are called mutuas, are currently coordinating with the regional health authorities on how the vaccine is going to be rolled out to those with private health insurance,” Martyn Standing, from the Department of Health in Alicante’s British Consulate, said during the latest Facebook Q&A by the British Embassy in Spain.