The back taxes were due on the value of flights which he received from a private jet firm until 2018 that he did not declare, the newspaper said, citing anonymous “sources with knowledge of the operation”.

In December the 83-year-old former king, who has lived since August in self-imposed exile in the United Arab Emirates, settled a tax debt of nearly 680,000 euros ($820,000) following a voluntary declaration of previously undisclosed income.

That settlement is linked to a probe made public last month by Spain’s attorney general.

It investigated whether the scandal-hit former king used credit cards linked to accounts not registered in his name -which could constitute a possible money-laundering offence.

The credit card payments took place after Juan Carlos abdicated in 2014, which could mean that he is not shielded by the immunity from prosecution he enjoyed as head of state.

His lawyer Javier Sanchez-Junco announced the December tax settlement but could not be reached by AFP on Thursday to confirm the report of a second settlement.

Socialist Prime Minister Pedro Sanchez said Friday, February 26th that he shared the “rejection” which the “majority” of Spaniards feel towards what he called Juan Carlos’ “uncivic behaviour”.

“An institution is not being judged,” Sanchez said. “What is being questioned is the behaviour of a person.”

The former king is the target of two other investigations over his financial dealings, including those linked to a high speed train contract in Saudi Arabia.

Juan Carlos has not been charged with any crime, and his lawyers have said he would return to Spain if required for legal reasons. 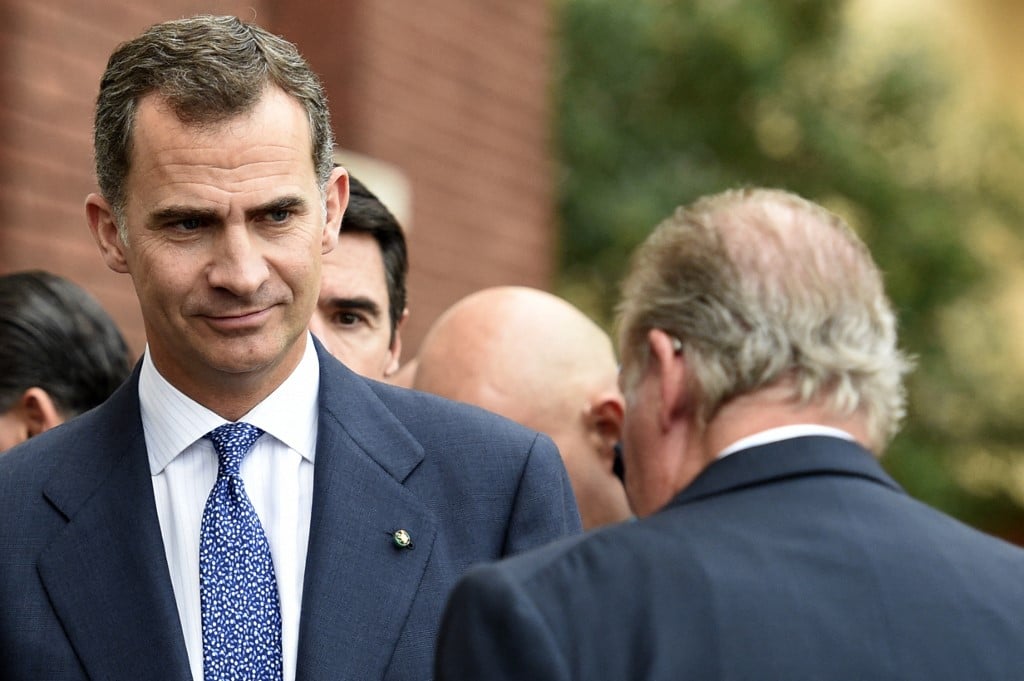 A steady drip of revelations about the former king’s love life and lavish lifestyle, combined with the 2018 conviction of his son-in-law for tax fraud and embezzlement, have severely tainted the Spanish monarchy.

Since ascending to the throne in 2014, King Felipe VI (pictured above) has since taken steps to improve the monarchy’s image, such as imposing a “code of conduct” on royals.