Spain's northeastern region of Catalonia goes to the polls on Sunday, but has the tide turned against independence?

As has happened every night for over a year, dozens of protesters demanding independence from Spain sit down in the middle of a wide Barcelona avenue, bringing traffic to a standstill.

Though just a handful, they are supporters of Catalonia's powerful separatist movement which is gearing up for an important regional election on Sunday that could ease a years-long crisis over the thorny question of independence.

The movement, whose two main parties dominate the regional government, has faced a growing crisis since 2017 following a failed bid to break away from Spain.

“Before the pandemic there were more of us but people are tired. There is political disenchantment,” says 70-year-old Amadeu Pallister, who swears he has been at every one of the more than 300 nightly protests held so far on Meridiana Avenue.

“Some politicians are talking about dialogue, about negotiating with Madrid, but we already know you can't expect anything from Spain, only repression,” he told AFP.

“The only solution is independence.”

The nightly demonstrations began in October 2019 when Spain's Supreme Court handed lengthy prison terms to nine Catalan separatist leaders over their role in the 2017 crisis, sparking mass protests, some of them violent.

At the time, about a thousand people massed on Meridiana Avenue, blocking one of Barcelona's key arteries.

After a year of nightly protests that only stopped during the months-long coronavirus lockdown last spring, the number of participants has dwindled to just a few dozen, who spread out across the eight lanes of traffic ignoring angry honking from drivers.

“It is just not logical to keep doing this for so long: cutting traffic every day for two hours,” said Vicente Serrano, a 61-year-old human resources manager who lives in the neighbourhood.

“But because it's in the Catalan government's interest to keep this alive, it accepts and encourages it.”

They've ruled this region of 7.8 million people since 2015 but are coming to the polls strongly divided over the question of exactly how to achieve independence.

And the region itself is divided, with a December poll showing 45.1 percent in favour of independence from Spain and 49.9 percent against, with leaders of the two camps routinely attacking each other.

“In this election, the general tension has given way to internal tension within the independence movement,” says Oriol Bartomeus, a political scientist at the Autonomous University of Barcelona.

The movement is divided into two main currents with the hardline JxC — “Together for Catalonia” — heading the coalition alongside the more moderate ERC, or “Republican Left of Catalonia”.

JxC has taken a more confrontational approach, pledging a new declaration of independence if it wins while ERC has softened its position, becoming an ally of Spain's Socialist Prime Minister Pedro Sanchez in the national parliament.

Differences to the fore

Ahead of the vote, ERC has accused its rival of not being “realistic”, while JxC argues that ERC's strategy will lead separatism into a “dead end”.

“The independence movement must decide which direction it's heading in, whether that of ERC or JxC,” says Bartomeus.

“These elections will provide the answer.” 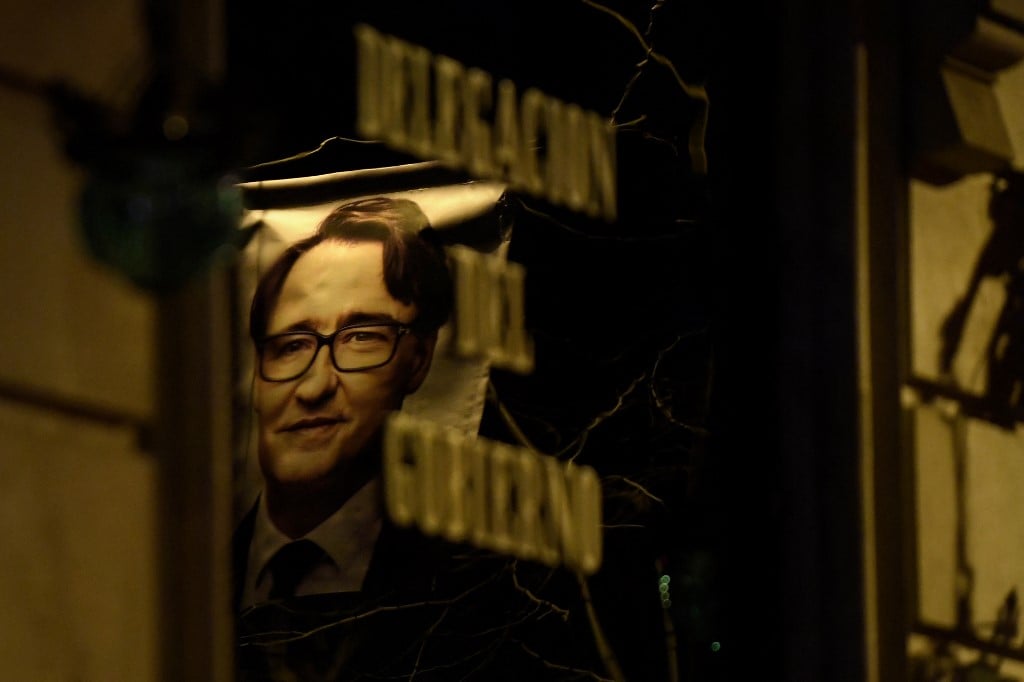 The Socialists have high hopes after tapping former health minister Salvador Illa, the public face of Spain's fight against the pandemic, as their candidate for the top post in Catalonia.

Polls suggest the Socialists could come in first place but the ERC looks poised to play kingmaker.

“ERC has all the cards in its hands,” said political analyst Josep Ramoneda.

“Whichever happens, reality will kick in and slow the separatist drive. And anyone seeking to speed it up as they did in 2017 will end up crashing.”