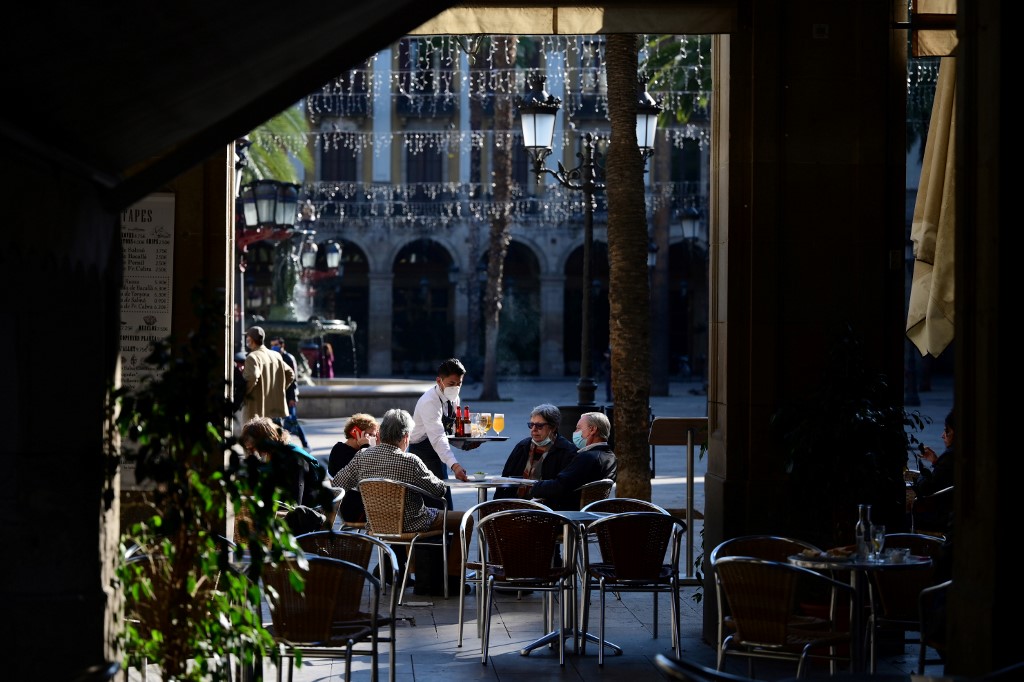 “We believe we are leaving behind the maximum peak of the third wave,” Catalan health secretary general Marc Ramentol told a news conference.

Prevented from moving outside their municipality except for good reasons, from Monday residents will now be able to move freely within their comarca (or county) but not beyond.

Opening hours for bars and restaurants have also been extended with table service offered from 7.30am until 10.30am and 1pm until 4.30pm at lunchtime.

All establishments must still remain closed in the evenings except for take-away and delivery services.

Restrictions have also been loosened to allow political campaigning as the region heads to the polls on February 14th.

Gyms will also be able to reopen, though at a reduced capacity of 30 percent.

Other measures remain in place including a cap on social gatherings of six people maximum from two households.