The Spanish government’s recent anti-eviction measures include a clause which gives greater protection to some of the country’s squatters, at least while Spain's state of emergency is ongoing.

On January 20, the Spanish government published its latest decree relating to housing for families who’ve seen their earnings plummet during the pandemic, covering everything from rent aid to a ban on evictions until the end of Spain’s state of alarm, which is currently scheduled for May.

READ MORE: What can I do if I'm struggling to pay rent in Spain?

In the section relating to evictions – desahucios in Spanish – a clause was added to include people who are illegally occupying properties in Spain.

Once Spanish lawyers and the press had worked their way through the legalese of Real Decreto-ley 1/2021, they noticed that what the Spanish government had done is give judges the power to paralyse the eviction of squatters during the state of alarm.

These judicial powers to temporarily stop evictions were up to now only applicable in cases where rent or mortgages haven’t been paid.

So until May 9, Spanish judges have the final say on whether squatters – okupas in Spanish – can be legally evicted.

Are all squatters in Spain free to do as they please for now?

No. Only illegal occupiers who are classified as dependant by the Spanish government or who are the victims of gender violence will be protected. If squatters’ monthly earnings are below €1,694 (three times the IPREM index) and they care for a dependant or a minor, they are likely to get protection.

The judge in question can only temporarily prevent the squatters’ eviction if they’ve occupied the property of a company or owner of ten or more properties in Spain.

Even in such cases, squatters won’t get any legal protection if the property is another person’s first or second home.

It’s also worth noting that it won’t be possible to evict squatters from a home when the illegal entry has occurred without “intimidation or violence”.

The most common means of breaking into an empty property in Spain is kicking the door open, which would not constitute a violent entry, according to legal sources.

This temporary protection doesn’t mean that squatters are exempt from facing legal charges either, all the measure does is grant them refuge during the state of alarm.

Furthermore, the property’s occupation has to have happened before April 2020 for the eviction prevention to be applicable. 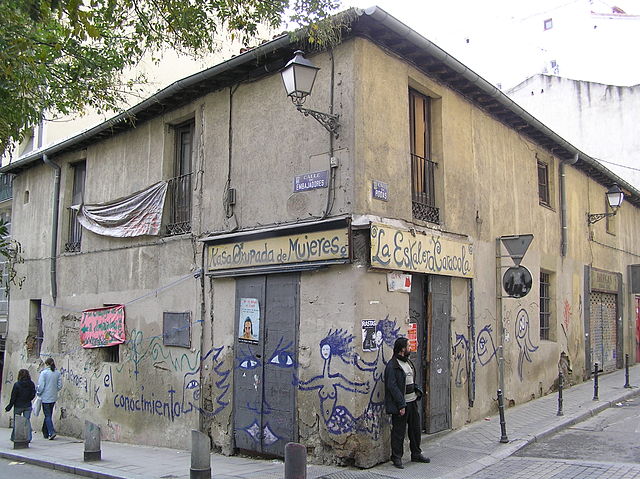 Do second home owners who aren’t in Spain now need to worry about this?

The loophole available to some illegal occupiers will technically not affect most second homeowners, but this may still not serve as consolation to the hundreds of thousands of foreigners who own a home in Spain which they can’t get to due to coronavirus travel restrictions.

They should keep in mind that Spanish law differentiates usurpación (misappropriation) from allanamiento de morada (breaking and entering), the determining factor for the judge being whether the property is inhabited or not in terms of taking action against the okupas.

Fortunately, second homes are still considered a morada (dwelling) in Spain, as long as they are furnished and have all the basic services such as water and electricity. Therefore, they receive the same protection as first homes.

Nonetheless, having your home occupied by squatters in Spain can work out to be a legal nightmare despite this apparent protection for regular homeowners.

The Local Spain has written about this in detail, going over the ways homeowners in Spain can prevent this from happening to them.

READ MORE: How to stop squatters from moving into your empty home in Spain

So, why is Spain making it harder to kick out some illegal occupiers?

Squatting has been a highly divisive issue in Spain in recent years.

On the one hand, there are more than 3.4 million empty properties across the country (according to the latest government census) and an increasing number of Spanish families can’t face high rents or pay mortgage payments in an unstable job market. This was the case even before the pandemic.

On the other hand, critics say there are too many legal obstacles which hinder squatters' speedy eviction, which okupas who are not necessarily struggling financially are well aware of and duly exploit.

And it’s not just millionaires and investment companies who have been locked out of their properties, but ordinary people who have worked hard to buy a second home.

In this particular case, Spanish Minister of Development José Luis Ábalos has had to clarify that his government added the clause relating to eviction protection for illegal occupiers based on the recommendation of legal advisers, as they couldn’t forget about “vulnerable groups , such as victims of gender violence, dependents or families with minors or dependents in their care”.

In truth, this latest measure probably doesn’t warrant the reaction it’s had from the Spanish press, which has been awash with shock articles about the measure. Right-leaning news sources have been comparing it to President Macron’s stance, who has just rolled out a decree to speed up squatter evictions.

But it’s a case of the straw that broke the camel’s back for many Spaniards, after years of TV reports and news articles showing how gangs of organised okupas have bullied their way into buildings and caused havoc in previously peaceful neighbourhoods with impunity.

The other side of illegal occupation, where desperate families with no other choice but to break into an empty property owned by the bank orsleep on the street, is overshadowed.

As the Spanish saying goes – pagan justos por pecadores – the just pay for what the sinners have done.