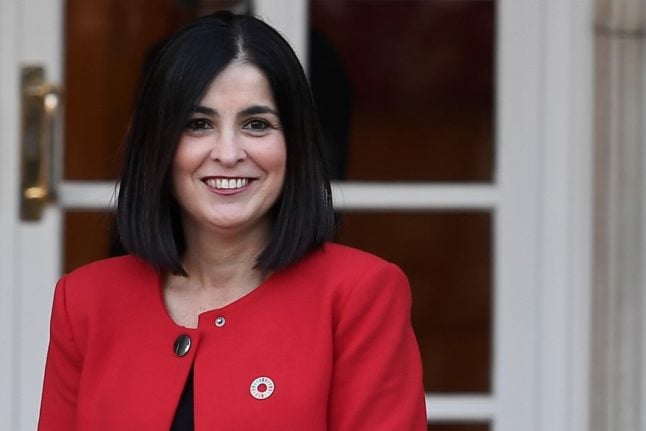 Carolina Darias, who until now has held the regional policy portfolio, will take over as health minister following the departure of Salvador Illa who is standing down to run in Catalonia's regional elections in mid-February.

As part of her role, Darias has been liaising with Spain's 17 regions who are responsible for managing healthcare, meaning she has “shared the day-to-day” management of the pandemic” with Illa, the premier said in announcing the appointment.

In recent months, she and Illa have regularly met with the regional health chiefs and given press conferences.

Illa, who took up the post as health minister in January 2020, has won huge visibility for coordinating the fight against the virus, with regular TV appearances to update the nation on the situation.

But the post has also made him a lightning rod for criticism of the government's handling of the pandemic, which has infected more than 2.6 million people and claimed nearly 57,000 lives.

And the timing of his departure to run as the Socialist party's top candidate in the elections in Catalonia as new cases spiral out of control has met with a barrage of criticism from Spain's rightwing opposition.

Hailing him as “an extraordinary minister, Sanchez said he was “an honest person who has avoided political confrontation, has never boasted about his successes and has apologised for his mistakes”.

The new minister is a 55-year-old law graduate who for two decades held various posts within the regional government of her native Canary Islands until being appointed to the regional policy portfolio a year ago.

After her new role was announced Darias tweeted: “My recognition to @salvadorilla for his work and my thanks to the president @sanchezcastejon for the trust placed in me. I assume the challenge of Minister @sanitygob with enthusiasm, responsibility and a lot of humility. Always at the service of my country and its citizens.”