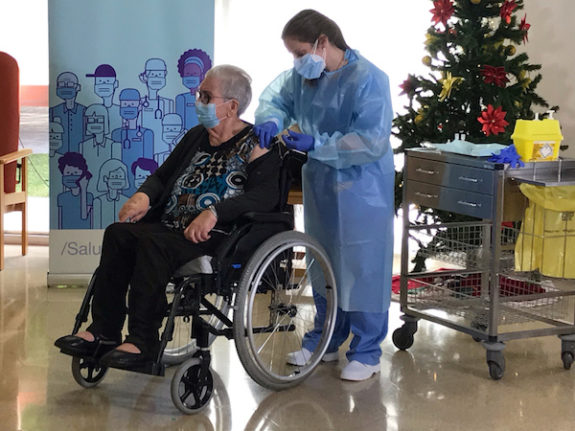 During the first wave of the pandemic in Spain last year, the virus spread uncontrollably throughout care home facilities.

The prosecutor’s office said nearly half of its investigations related to homicide through a neglect of duty of care. It is also looking into 21 cases of deficiencies in medical treatment.

Angel Juarez, whose 95-year old mother Leonor died from Covid-19 at a Barcelona care home, sued the regional health department for its negligence and mismanagement of care homes.

“It’s not about political beliefs, everything failed. It is a matter of justice, they died an undignified death,” he told Reuters.

“We want to shine a light on the negligence and clarify who was responsible.”

Around 43,000 care home residents died of COVID-19, or were suspected of having the virus, during the first wave in March to May 2020, according to official data by the Spanish Health Ministry.

Pre-existing flaws, including governance, funding, working conditions, a lack of coordination with primary health care, and a lack of isolation spaces, are still widespread, according to the recent health report.

Ignacio Fernandez Cid, president of the FED care-home association welcomed the investigations but felt the sector was being unfairly reprimanded for wider failings.

“Whoever has done wrong must pay for what they’ve done, whether that’s health officials or politicians or care home operators,” he said.

Prosecutors postponed other cases, because most of the time they were passed to courts, rather than because investigators found no evidence of wrongdoing.

Spain has around 5,500 nursing homes, home to approximately 400,000 people, according to the European Ageing Network.