Less than a month after Christmas, staff in the intensive care unit at Barcelona's Hospital del Mar are working non-stop.

Electronic bleeps alert them to the multiple needs of patients in their care, most of whom are intubated and unconscious.

At one bed, several staff are turning a patient face down to facilitate breathing, while others check an X-ray showing lungs whitened by pneumonia. In another corner of the unit, a physiotherapist moves the limbs of a sleeping woman.

“Incoming patient,” warns a voice over the intercom.

Soon eight staff surround a patient on a gurney who has just arrived from the general ward. “Got an oxygen tank?” says one. “Where's the intubation equipment?”

“We knew this was going to happen after Christmas because the restrictions weren't very tight. Right now we don't know how bad it's going to get and we're just hoping the hospitals aren't overwhelmed.” 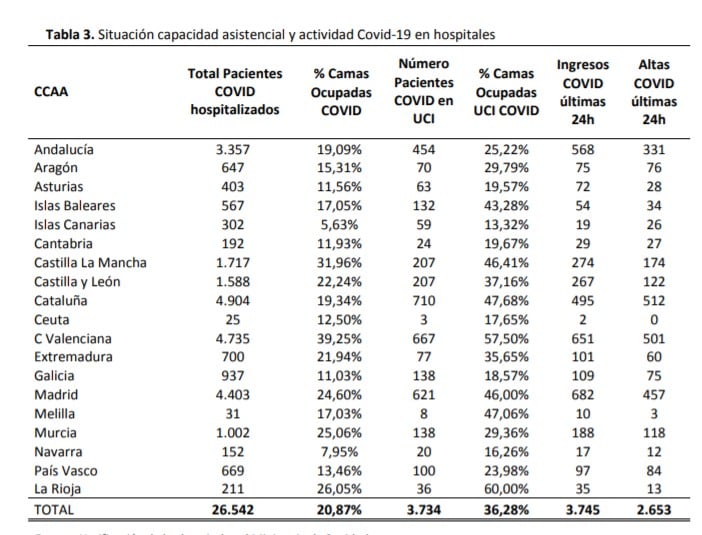 For weeks, it's been difficult to find empty beds, admits Gracia.

“We started the day with two free beds but a patient came in and now we're expecting a second. And once again that will mean the intensive care unit is totally full.”

As feared, the easing of travel restrictions over Christmas to allow families to get together caused a huge spike in infections, with Spain counting record numbers of new cases as the pandemic's third wave has taken hold.

And it is the hospitals that are counting the cost, government figures show.

Over the past fortnight, the number of people going to hospital rose by 82 percent while intensive care admissions increased by 60 percent, prompting some regions, such as Valencia to set up field hospitals.

Overlooking the sea, Hospital del Mar was founded in 1905 to treat sailors with infectious diseases who docked in Barcelona's port, but today four of its 12 floors are devoted to treating patients with Covid-19, who have also taken up all of its intensive care space.

Other patients in need of critical care are being treated in the surgical resuscitation units, reducing the hospital's capacity to carry out any non-urgent surgery.

And the rising caseload has medics worried, with Spain registering record new infection levels since Christmas, pushing the number of cases over 2.4 million and deaths to more than 55,000.

“It's not the tsunami we experienced in March or April but it's worse than in the second wave” which in Spain began in July and continued until the late autumn, says Julio Pascual, the hospital's medical director.

“In November, the intensive care unit wasn't completely full of Covid patients but now it is. At the time, we had two floors devoted to Covid, while now we are filling a fourth,” he told AFP at his top-floor office which has a view over Barcelona beach. 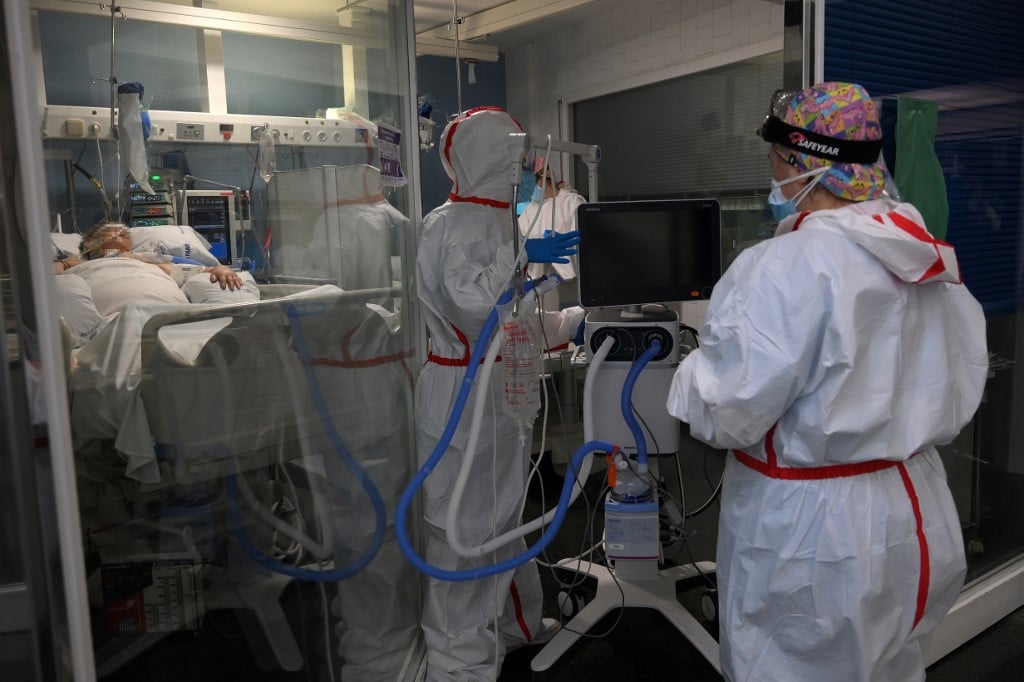 Wearing her own clothes again, 71-year-old Dora Lopez is waiting to go home after being discharged following 40 days in hospital.

She arrived in mid-December “with a very high temperature” and was placed in intensive care.

“The first days in intensive care, I just threw in the towel, I couldn't cope any more, I felt like I was suffocating,” said Lopez.

Although she was one of six people discharged that day, another 13 were waiting in A&E to be admitted onto the ward.

“We are trying to speed up the process of discharging people so that the hospital doesn't become overwhelmed, but more and more people keep coming in,” says doctor Silvia Gomez a specialist in infectious diseases.

“We are all emotionally affected. And when you go out into the street and see people not observing the restrictions, you just don't understand,” she told AFP.

“It's as if they don't appreciate the effort we're making.”

According to a study of 10,000 Spanish medics carried out by Hospital del Mar researchers, nearly half — 45 percent — suffered mental health issues following the first wave of the pandemic.

Around 28 percent presented signs of depression, a figure six times higher than in the general population, and 3.5 percent had considered suicide, the study showed.

“Here everyone has been in tears. There have been many of us who have been very affected. And until this ends and we start getting back to normal, it will continue,” shrugs 29-year-old nurse Carla Molina.

“During this year, we'll get there, but there's quite a way to go in 2021,” says hospital director Pascual.

“There's still a long battle ahead of us.”