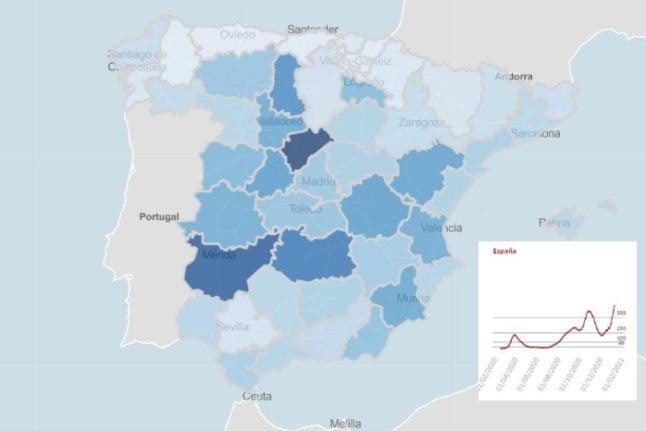 Spain has reported a record rise in coronavirus cases over the weekend, with the rate of infections soaring from an average across Spain of 575 cases per 100,000 to 689 in just three days.

The death toll rose by 455 over the same period to the official figure of 53,769, although Spain’s National Statistics Agency puts the figure closer to 80,000.

The latest daily infections reached a new record with Fernando Simón, Spain’s chief epidemiologist saying at the government press conference on Monday: “We could be reaching the peak of the third wave.”

The overall cumulative incidence rate for the past 14 days in Spain has now reached 689.27 per 100,000 inhabitants, the highest figure it has been throughout the pandemic. 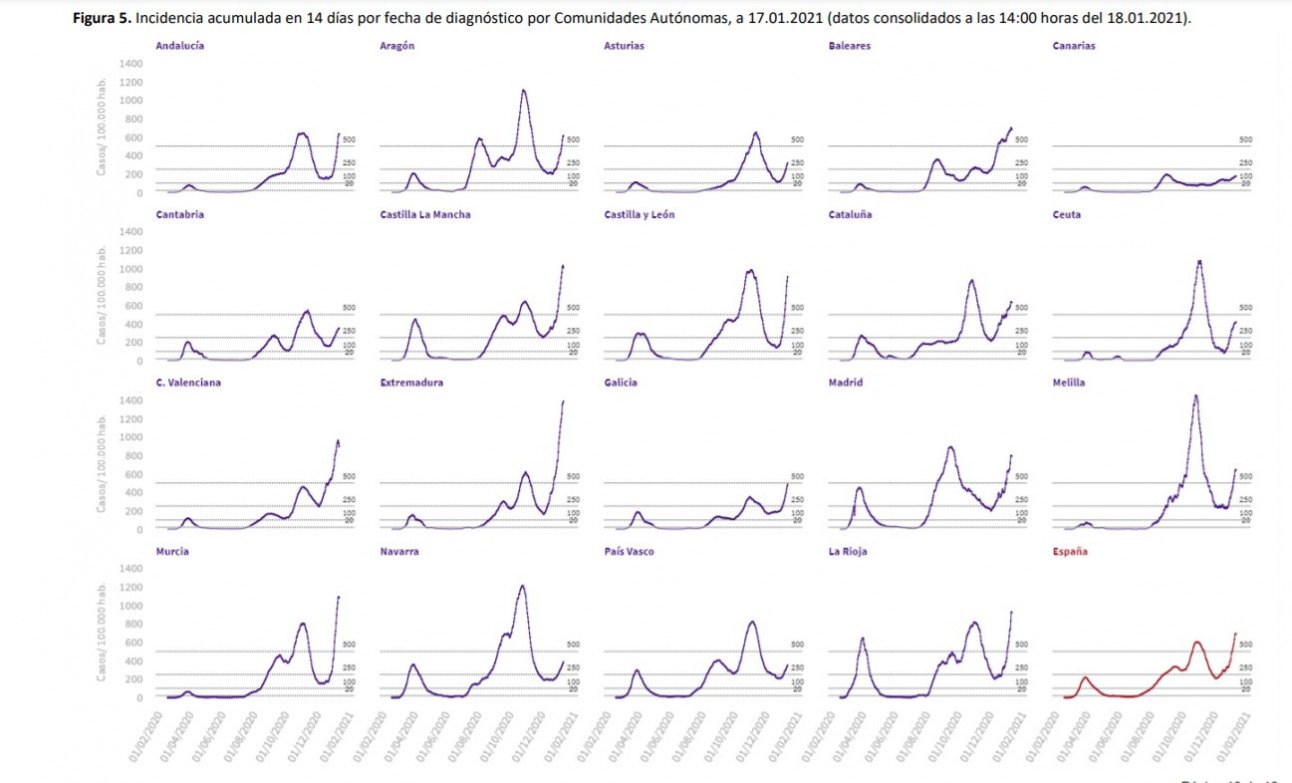 The charts above show the cumulative incidence rate across each of Spain's regions. Source: Spain's Ministry of Health Jan 18 2021

This interactive map produced by porcential.es shows the number of cases, infection rates and deaths in each of Spain's regions.

What about the hospitals?

Fernando Simón said that the situation was serious in hospitals with “Some ICUs operating at their very limits right now,” he said adding that several hospitals across Spain have suspended non-urgent procedures to focus on Covid-19 cases.

The latest data shows that there are currently 23,184 people being treated in Spanish hospitals for Covid-19, of which 3,287 patients are in intensive care.

This now represents a 32.71 percent, or one in three, occupation of intensive care beds by Covid-19 patients all across Spain.

How many people are dying from Covid-19?

The official figure from the Health Ministry for the total number of Coronavirus related deaths on Monday January 18th is now 53,769 – an increase of 455 since Friday. An increase on the figure of the past weekend when 401 deaths were reported..

Across Spain a total of 843 Covid-19 related deaths have been recorded in the past 7 days. Here is a breakdown of the data across Spain:

Spain has not yet reached the same peak of deaths as it did in the second wave when 537 deaths were registered in a 24 hour period on November 24th.

The peak of recorded deaths for a 24-hour period during the ‘first wave’ was on April 2nd when 950 death were registered.

These charts show the evolution of coronavirus in Spain since July, recording infections, hospitalizations, ICU occupancy and deaths.

How does Spain compare?

This chart shows the evolution of the coronavirus in Spain compared to other countries: 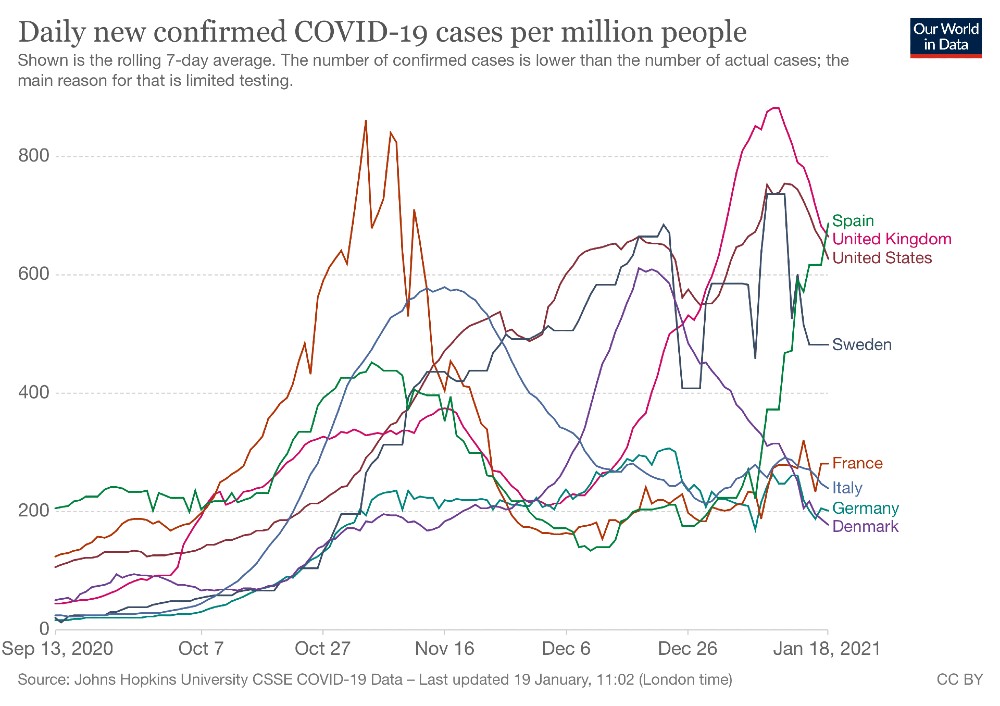 While this map shows the cumulative incident rate of EU countries in the first week of January. 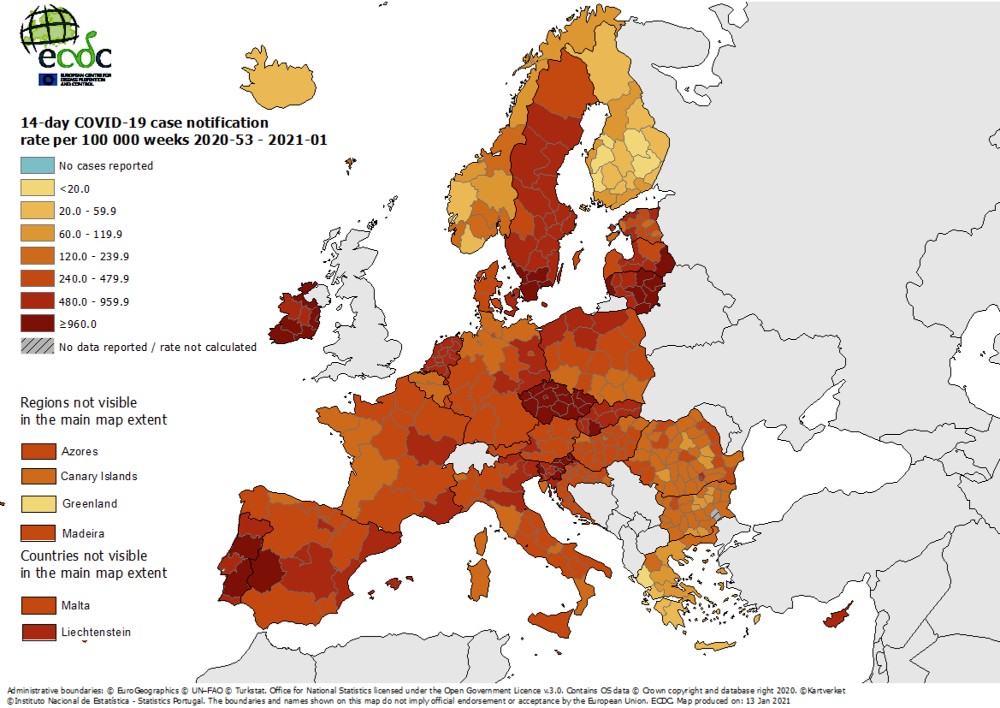 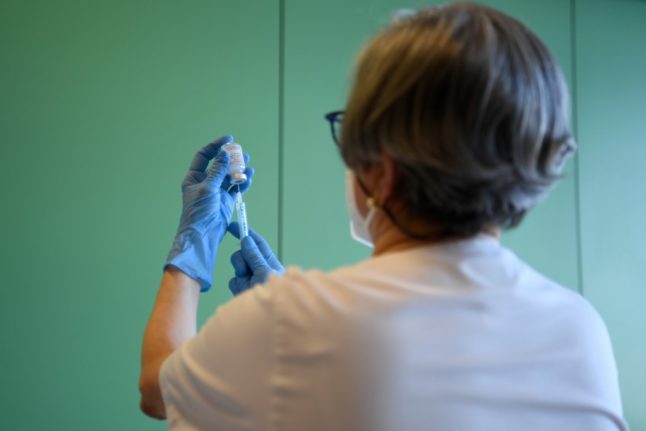 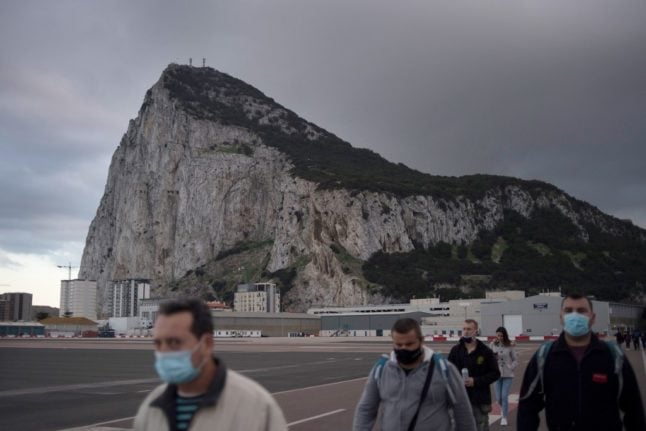