As forecasters in Spain warned there was more to come on Saturday and Sunday, people in the capital (and beyond) enjoyed the snowiest weekend in 50 years.

Another 20 centimetres (nearly eight inches) was forecast to fall Saturday in Madrid and central Spain's lower plains, with up to 50 centimetres at higher altitudes.
The AEMET weather agency described the situation as “exceptional and most likely historic”.
The snow converted Madrid's famous Puerta del Sol square into a winter sports venue, as skiers — and even a man on a sled drawn by five dogs — took to the normally busy thoroughfare.

She also filmed snowboarders taking advantage of the slopes around the university district of Malasaña.

Here's a snowboarder by Cibeles square. 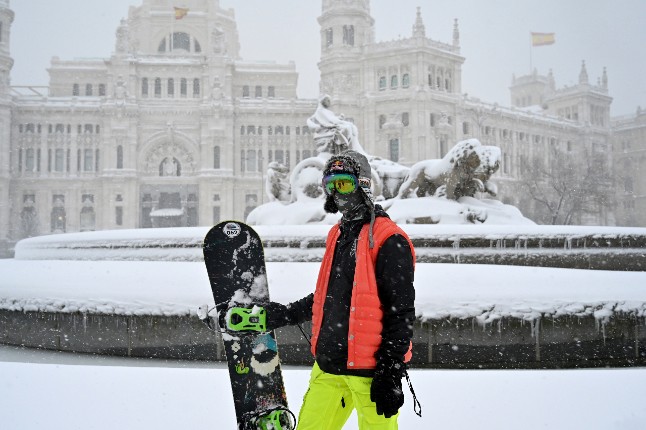 Here's a snowball fight taking place on Madrid's Gran Via:

On Saturday morning afternoon, people in Madrid returned to the city centre. Here's someone out for an early morning ski. 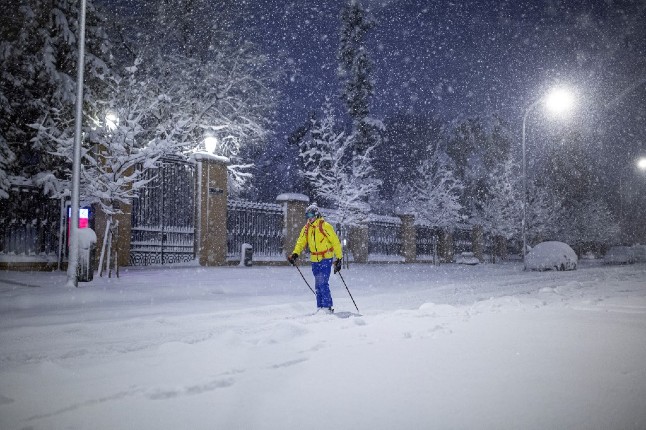 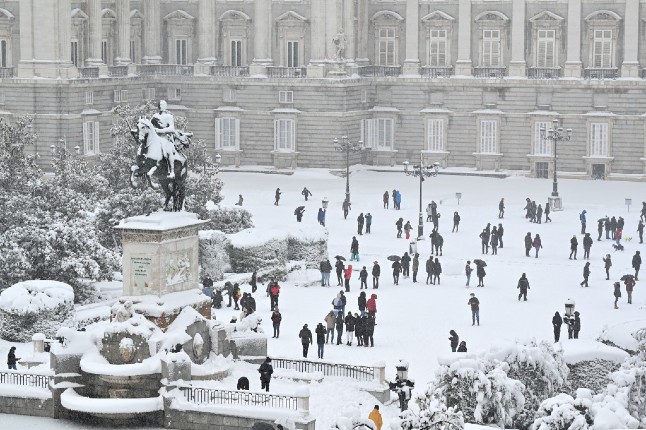 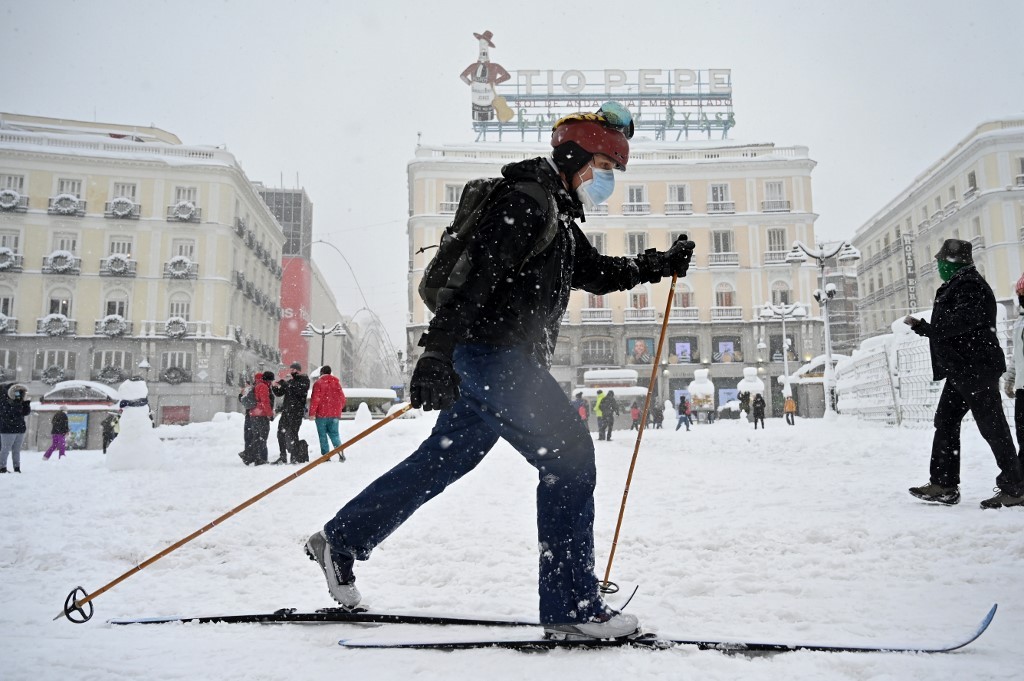 Photo: Gabriel Bouys/AFP
Even the city's nuns came out to enjoy the snow.

Nuns playing in the snow in Madrid pic.twitter.com/nUTBJPmeHw

We're not quite sure what's happening here.

People went tobogganing on the slopes in parks around the city centre.

SNOW IN SPAIN! Madrid had its first snow in a decade and the heaviest snow since 1984! Parts of Spain saw temps down to -32F which hasn’t happened since 1956. Video: @AP pic.twitter.com/SK0IYb4sVy

Apart from Madrid, the regions of Aragon, Valencia, Castilla La Mancha and Catalonia were the worst-hit by the snowstorms.
The historic city of Toledo asked the army for help clearing the streets, as did Albacete in the southeast, public television reported.
Here's someone snowboarding down one of Toledo's hillier streets.

Forecasters said the heavy snow would continue until Sunday, before Storm Filomena begins moving northeast, although temperatures would remain exceptionally low.
Before the snowfall began Thursday morning, temperatures had already plummeted to an unofficial record low of -34.1 degrees Celsius (-29.38 Fahrenheit) at a ski station in the central Pyrenees on Wednesday.
Filomena has also brought intense rain and high winds to the Canary Islands as well as Spain's southern coast. 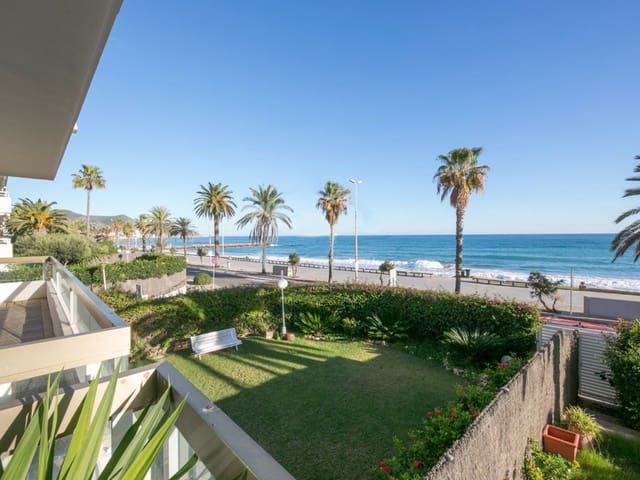 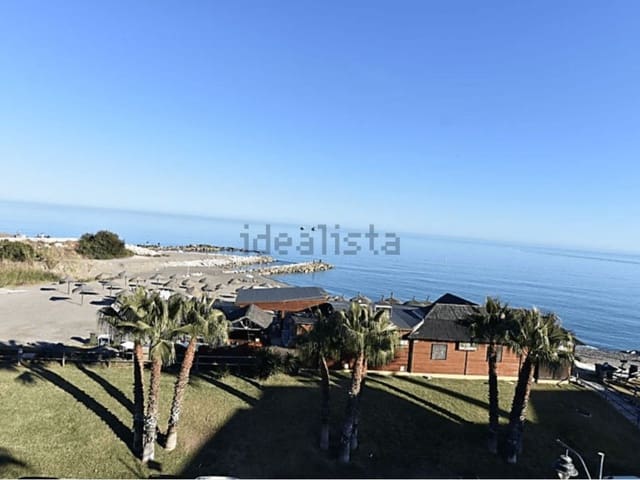 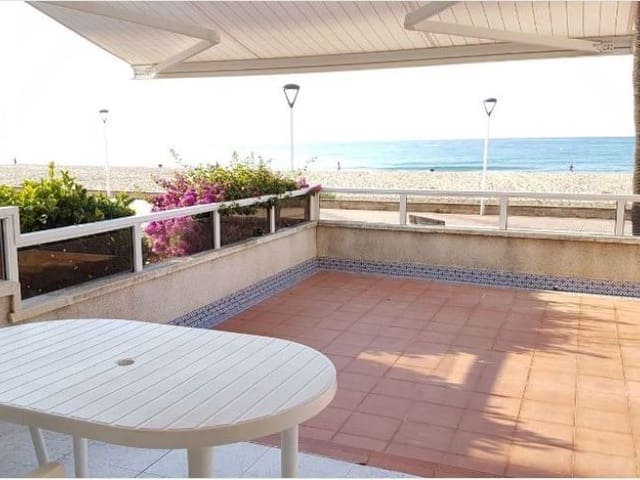 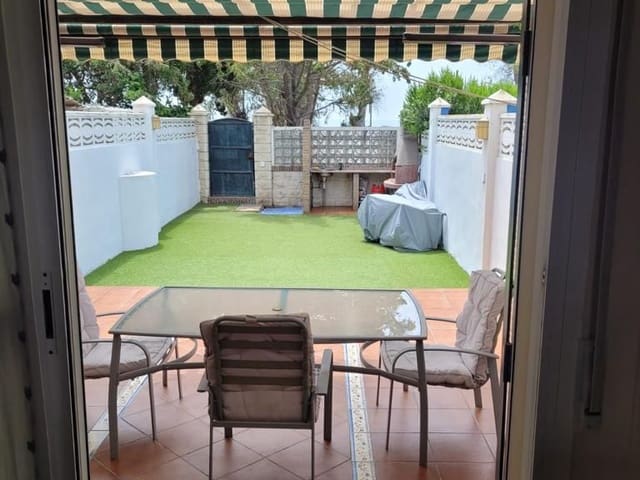 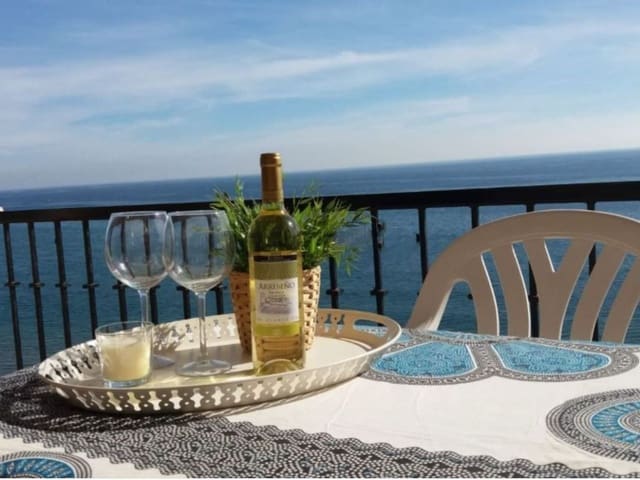