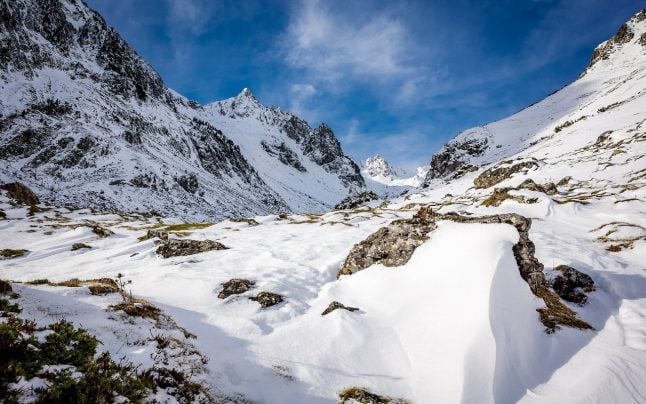 The temperature was recorded at the Clot del Tuc La Llança weather station, located in the Pallars Sobirà area, in the Catalan Pyrenees.

The temperature was provided by the Parc Natural de L’Alt Pirineu and confirmed by the state metrological agency AEMET.

This freezing temperature would have been reached at a height of 2,305 metres, according to the weather station.

Cold air has been moving down the country throughout the course of Three Kings’ Day on January 6th, and temperatures across Spain are at least three to four degrees lower than normal.

Meteorologists agree that storm 'Filomena', which is now sweeping across the country, could bring the “heaviest snowfall in years” from this Thursday, January 7th.

The storm is expected to be a weeklong weather phenomenon which will see temperatures drop to -10°C in northern and central Spain and lead to heavy snowfall at abnormally low altitudes of as little as 200 metres, according to AEMET.

Even Madrid and Barcelona are expected to see snow this week.

The last time a similar temperature was experienced in Spain was back in February of 1956, when -32°C was recorded in Estany-Gento, in the Catalan province of Lleida.

One of the coldest provinces in Spain is Teruel in Aragón, which in 1963 recorded a temperature of -30°C in the town of Calamocha. ( in Guadalajara in the central Castilla La-Mancha region) is also one of the coldest municipalities in the country, previously recording -28.2°C.

A few of Spain's other winter freezing zones include Navacerrada in Madrid, Cuéllar in Segovia and Reinosa in Cantabria.