Spain’s Health Minister has said that the evolution of the pandemic in Spain is moving at an alarming rate, but has ruled out another strict lockdown for now.

Health Minister Salvador Illa has warned that there “continues to be an upward trend” in cases and urged people “not to let their guard down, because complicated weeks are ahead”, reported 20Minutos.

He assured people though that nowhere in Spain was currently considering a severe lockdown and home confinement like we saw in March 2020.

These drastic measures “are not on anyone’s mind,” Illa said.

On Monday, January 4th the Health Ministry said there was a total of 30,579 infections and 241 deaths since December 31st.

José Sierra, head of the Centre of the Coordination of Health Alerts and Emergencies (CCAES) said: “It is too early to assess the impact that Christmas has had on the number of infections”, but it is beginning to be “reflected in the hospitalisation figures and positive tests”.

Since the second week of December, the infection rate in Spain has now reached 272 per 100,000 inhabitants.

Currently, the worst-hit regions are Extremadura and the Balearic Islands.

READ MORE: What are the new restrictions for Three Kings day in Spain? 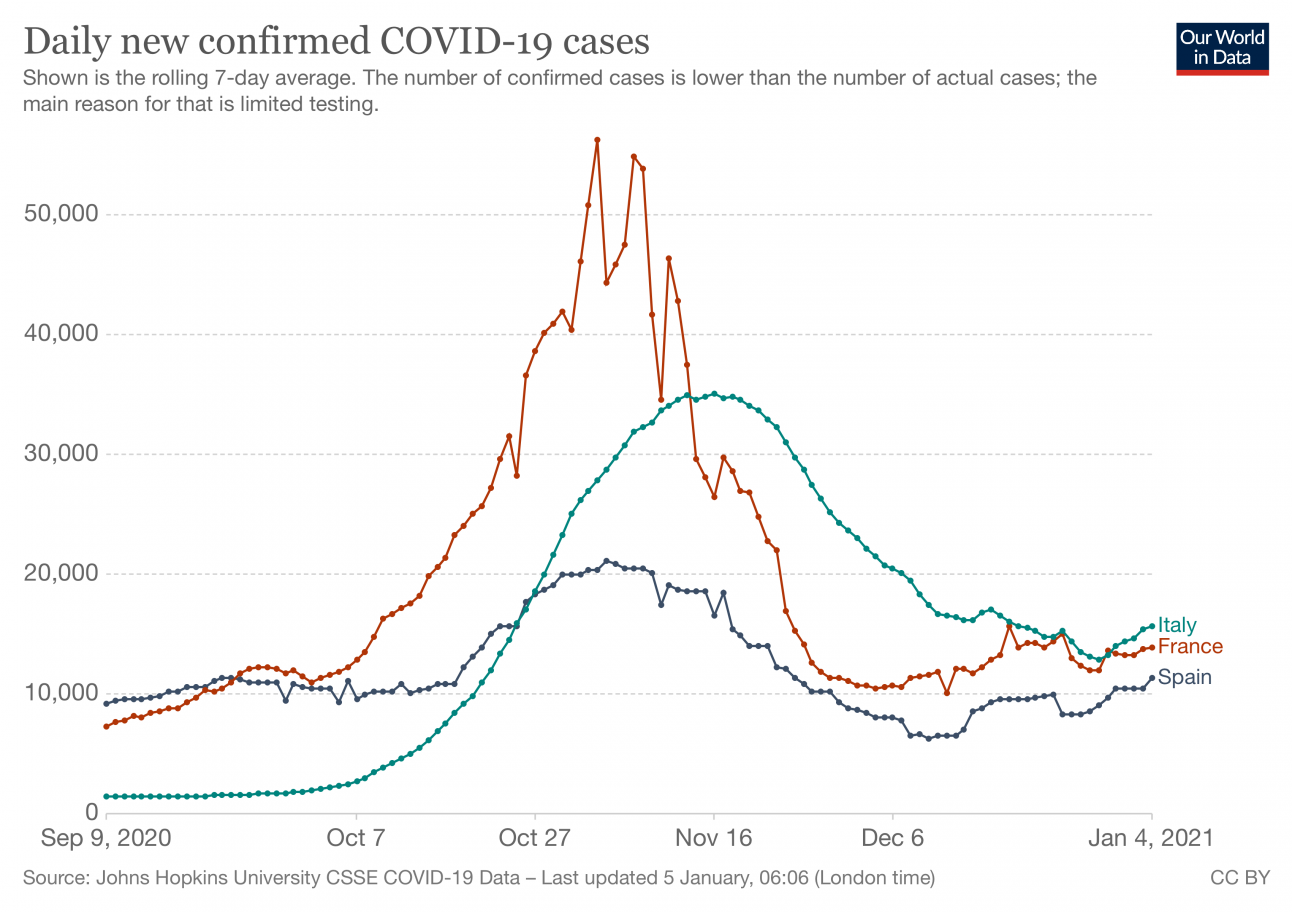 In a recent meeting with health leaders across Spain’s autonomous communities, all regions expressed concern and many were considering advancing curfews and closing large shopping areas.

Several autonomous communities such as Catalonia and Madrid announced new restrictions on Monday, January 4th. Madrid restricted movement in 18 different areas and Catalonia announced closed municipality borders for 10 days from January 7th. They have also closed all but essential shops on weekends and closed gyms for 10 days.

Valencia also announced new restrictions on January 5th, along with Extremadura and La Rioja. In La Rioja, they announced meeting of no more than four people from different households from January 7th, and in Extremdura hotels and non-essential shops would have to close in municipalities with more than 500 Covid-19 cases.

Andalusia have said they will wait until after the Reyes celebrations on January 10th to put any new restrictions in place.