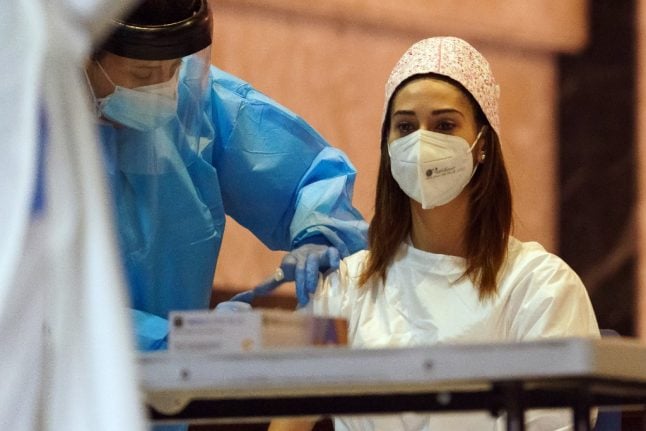 These are the unimpressive findings by health authorities in 12 of Spain’s 17 autonomous regions, who ahead of the national government’s press conference on Monday afternoon, have laid out a rather worrying picture of how the vaccine campaign is going.

Crucially, data also advanced by some regional governments points to a 30 percent rise in infections between Christmas Eve and New Year's Eve.

Madrid is the region which is lagging behind the most with approximately only 3,000 inoculations during the first seven days (6 percent of the vaccines available), followed by Cantabria which only achieved a 7 percent completion rate since December 27.

Catalonia has currently administered around 13 percent of its available doses.

At the head of the campaign is Asturias in Spain’s northwest, which has used 80 percent of the first available vaccines received (*update: by Tuesday January 4, 100 percent completion of the first batch was achieved).

Galicia and Navarra have also administered half of their vaccine supplies and the Balearic and Canary Islands around 40 percent.

Only once Spanish health officials offer up the full countrywide data on Monday will it be clear just how many of the initial 350,000 Pfizer/BioNTech doses handed to Spain’s regions will have been successfully administered.

Spain announced back in September that it had a plan for when an EU and Spain-approved coronavirus vaccine was ready for distribution, but the evidence suggests that in practice this hasn’t worked out.

There’s the fact that many health workers haven’t been working over Christmas and conversely many elderly residents have spent the holidays with their families and not in care homes where they would’ve been vaccinated.

Equally significant according to health officials are the logistical challenges relating to the storage and transport of the Pfizer vaccine, which has to be kept at -70 C to be effective.

The one-day delay in the shipment of the first batch of vaccines has also been blamed by some regions for the extra holdups. 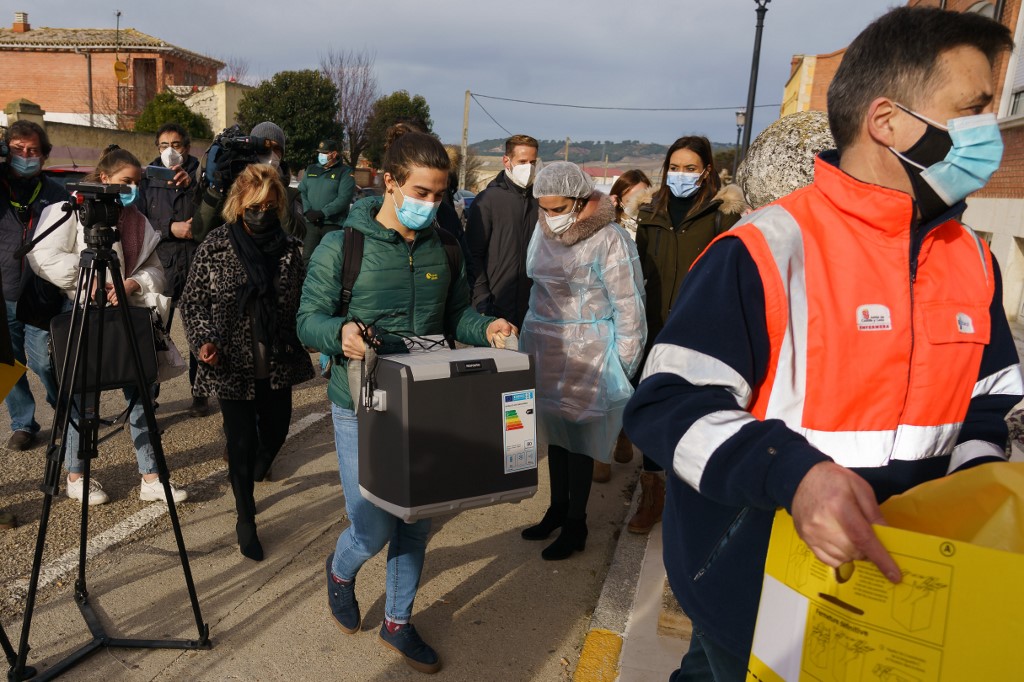 Voices from within Spain’s health ministry have said it’s just a matter of getting a systematic distribution in place for the vaccination rate to improve. Critics on the other hand argue that at the current pace it would take five years for the country’s vaccination campaign to be complete.

What is clear is that with more than 24,000 infections reported by Spain’s regions since Friday – amounting to a countrywide rise of 30 percent compared to the previous week even though fewer people have had PCR tests over Christmas – further vaccine holdups will be deemed unacceptable by the Spanish public.

There have been more than 100,000 new infections and more than 1,500 deaths since Christmas Eve.

The infection rate is at extreme risk in seven regions and deemed out of control in the Balearic Islands, Extremadura and Madrid.

There is also concern hospitals in Catalonia will soon be overwhelmed as there have been 3,000 people admitted to hospital wards and more than 400 critical cases admitted to the ICUs over the last week.

How does Spain’s vaccine campaign compare to the other European countries?

The general consensus is that vaccine campaigns across Europe aren’t getting off to the quick and efficient start that was hoped for.

As of January 3rd, fewer than 500 people had received the Covid-19 vaccine in all of metropolitan France during the first week of the country’s campaign.

Other EU nations such as Portugal and the Netherlands are yet to begin the rollout.

Germany has been more effective with around 283,000 vaccinations administered during the first seven days.

Other EU nations such as Finland have blamed The European Commission for the slow distribution, but the EU body has defended its coronavirus vaccination strategy, putting the delays down to “an issue of production capacity, an issue that everybody is facing.”

The UK has administered more than one million vaccines since December 8 but is now having to deal with the new strain of the virus and subsequent travel bans and other restrictions just as Brexit has come into effect.