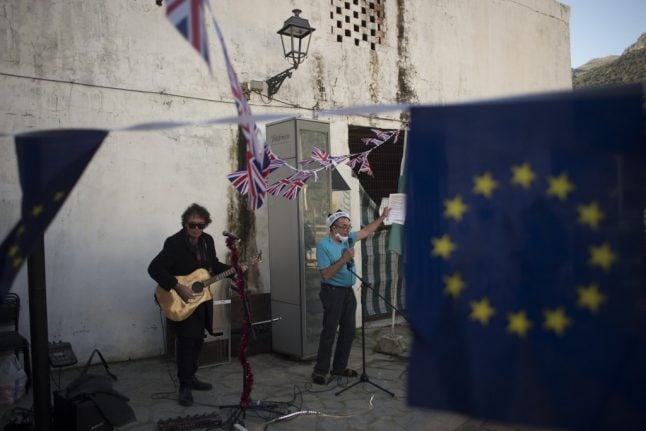 Although many are unhappy at the decision to leave, with some facing residency and other bureaucratic problems, Britons at the Bar Allioli in the southern village of Jimera de Libar decided to make the best of a bad job and throw a party.

The tongue-in-cheek celebration featured a menu of all British favourites such as fish and chips and beans on toast.

“While most of us are not altogether happy about the whole thing, we might as well celebrate in a fashion and enjoy ourselves,” said Paul Darwent, a 65-year-old Briton who runs the bar in the Andalusian mountains about an hour by car from the coast.

“The reality is it is going to create a lot of problems for us all,” added Darwent, who has lived in Spain for over two decades, in a reference to Britain's completion of its divorce from the European Union (EU) on December 31. 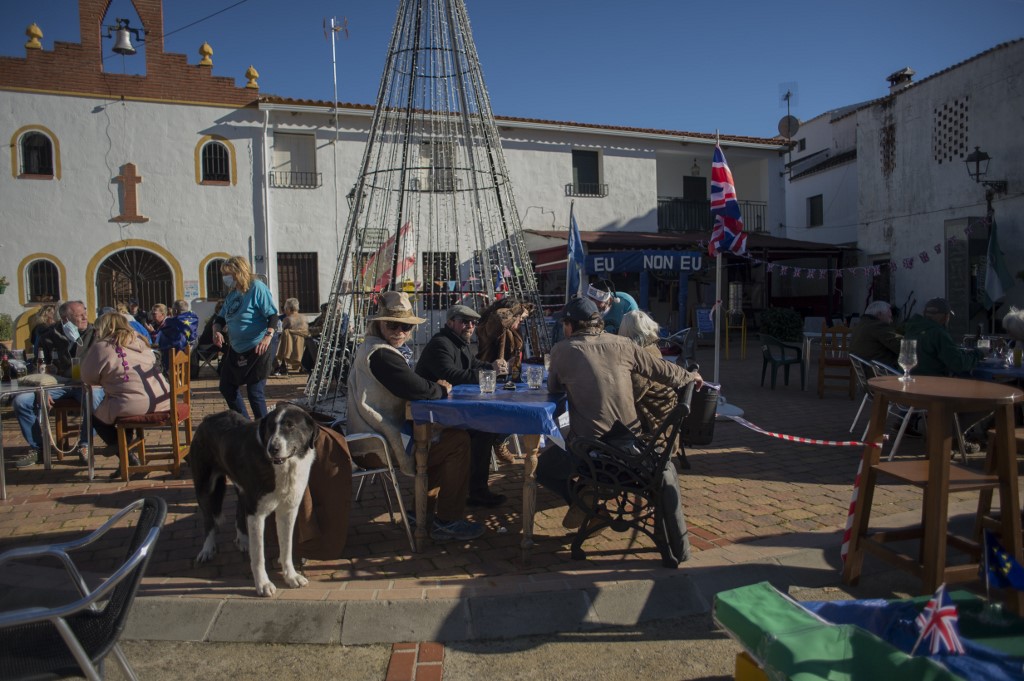 Around 370,000 Britons are registered as living in Spain — more than in any other EU country — and thousands more are believed to be settled in the country without ever having notified the authorities.

Many are retirees who live on Spain's sunny southern coast, drawn by the country's warmer climate and lower cost of living.

Britons can keep their residency rights in Spain — as long as they applied for residency before December 31, when Britain's transition period out of the EU ended.

To qualify, they must have a permanent address, a local bank account, show sufficient funds and have healthcare cover.

Many, however, do not meet the requirements, said Myra Azzopardi, a paralegal and the founder of the Citizens Advice Bureau (CAB), a British charity that helps expats with legal issues.

“We are going to have a lot of people who are going to end up without residency and without any way of getting residency,” she told AFP.

READ ALSO: BREXIT: What Brits in Europe need to know about travel from January 2021

Baz Rhodes, a 58-year-old paragliding guide from Manchester who has lived in Spain for 20 years, said Brexit meant he and his wife had to take out private health insurance at a cost of 200 euros a month.

“I am very, very annoyed,” said Rhodes, who attended the party wrapped in a EU flag. Because of pandemic restrictions, the party was held on the bar's outdoor patio, which was decorated with British, Spanish and EU flags.

Separate entrances for EU and non-EU nationals were set up to enter the bar to use washrooms.

The musical backdrop to the festivities included live performances of The Communards' “Don't leave me this way” and Vera Lynn's “We'll meet again”.

The highlight of the party was a match of tug-of-war pitting four British men against four men from Denmark, France, the Netherlands and Spain.

Cheers and applause broke out when the EU team won, causing the British team to tumble to the ground. 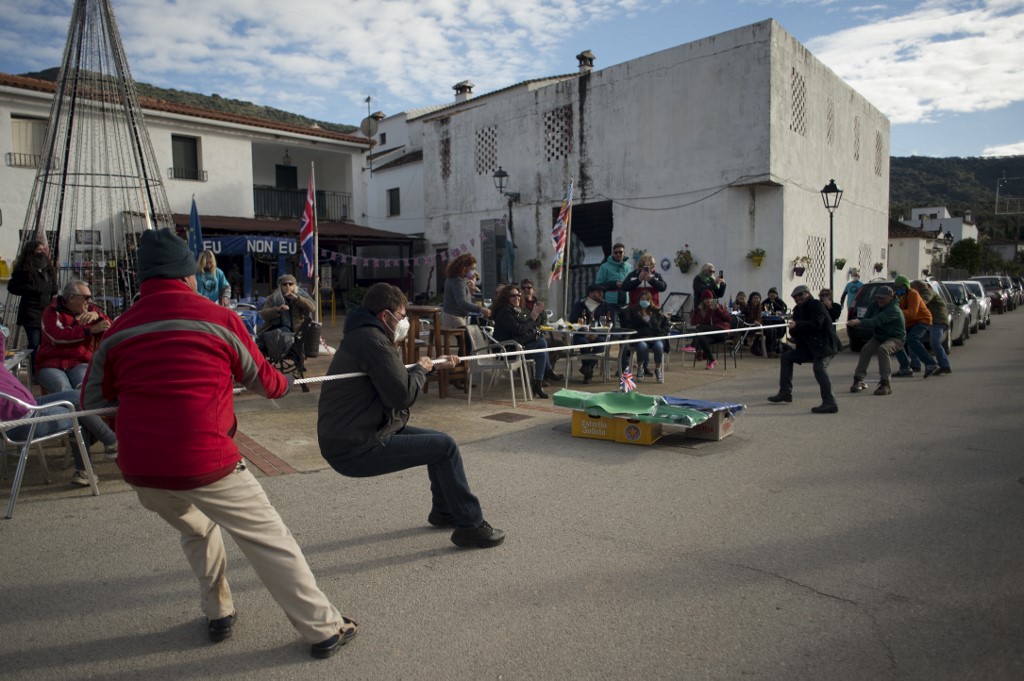 “If we don't celebrate in some way, we would just be crying because it is so sad,” Elaine Gilfillan, a teacher from Scotland who has lived in Spain for nearly two decades, commented.

She said she was saddened that it is now much harder for her children to move to Spain, like she did, or any other EU nation.

From Friday onwards, any Briton who wants to live in Spain must follow the same procedure as for all non-EU citizens, which is more complex and difficult, with higher income requirements.

And their professional qualifications will no longer be automatically recognised in Spain. They will have to apply for it, with no guarantee of success.

“We should be together. We are one continent. I think Britain will suffer as a result. It is not good for any of us,” added Gilfillan.

READ ALSO:  How can British second home owners spend more than 90 days in Spain after Brexit?