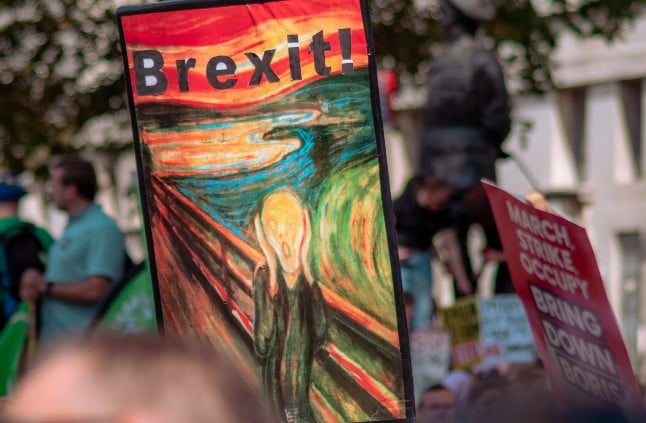 Photo: Fred Moon on Unsplash
Brexiteers like to see themselves as the enemy of bureaucrats, but in fact they have spawned a paradise for pen-pushers.
Four torrid years have passed since Britain voted to leave the EU.
And in a twist that would have been unimaginable on 2016, at the moment Britain heads definitively for the exit, Brexit is not even the country’s biggest concern.
Instead a horrendously infectious new variant of Covid-19 has sent much of Britain back into lockdown. A second consequence of the virus mutation is that the free movement of people, which was supposed to end for Brits at midnight on 31st December, has in some senses been suspended already.
Tales abound of Britons who were planning to use the last few days of 2020 to move to the EU, but who instead of starting a new life in Europe became stuck in Britain, perhaps permanently.
For Brits like me already settled in the EU, the past four and a half years have been gruelling. Promises that we would be allowed to stay came quickly; the small print took a lot longer, and many countries only got their residency schemes up and running in late 2020.
For all the British whining about the EU lumbering them with bureaucracy, we are now learning that EU membership was in fact a great liberator from pointless paperwork. British citizens and businesses wanting to get on with their lives are now at the mercy of faceless pen-pushing bureaucrats.
Still, many of us have submitted ourselves to the bureaucrats and secured our right to remain. Thousands of Britons have gone one step further and become citizens of the countries we live in, something that for many has been a positive experience, giving us a greater say and a greater stake in our new homes.
As the amateurish, chaotic management of Brexit has made some Europeans look on their British friends with pity, an EU passport has become a handy alibi as well as a useful travel document. But not every issue is solved: the rights of Britons to move back to the UK with partners or family members from the EU has been severely curtailed.
Many of us have planned our lives around the fact that we will be free to move backwards and forwards with partners and family members, but after March 2022, any Brit wanting to return with a non-British partner will need to earn £18,600 a year, and will have to earn even more for each non-British child. Around 40 percent of those Brits living in Europe who are likely to want to return are estimated by lobbying group British in Europe not to fulfil this criterion.
Many others will fall between the cracks: people who need onward freedom of movement – like those whose jobs involve them working in multiple EU countries – are not covered by the post-Brexit residency rules, which mostly just allow Brits to live and work in one country. Plenty of people who don't yet know they need onward freedom of movement will find out how useful it is when that job offer in another EU country comes up.
There are people whose lives have seen them going backwards and forwards between Britain and the EU, but if they happen to be living in Britain when the music stops they could be stuck there. And of course second home owners will in future  only be able to spend a limited time in their much-loved boltholes, unless they can navigate the thicket of rules and paperwork to secure the necessary visa to allow them to stay longer.
The exact details of the trade deal will take many weeks to read and interpret, but it is clear that some businesses face difficult times ahead. I was emailed this week by a large, well-known wine merchant in the UK that has for years delivered to the EU, informing me that it was not taking orders until February due to uncertainty over the new rules.
Countless other businesses, some dependent on EU-UK trade and many of them small family affairs, will be similarly affected.
It was apt that New Zealand’s word of the year for 2020 was ‘doomscrolling’, a word that describes our natural tendency to pay more attention to negative news. There has been a lot of it about, and it seems to be reaching a crescendo as the year draws to a close.
Everyone will have their own strategy for dealing with the endless stream of worry. I find the best way to cope with the onslaught is to take a step back, get practical and focus on solutions.
The pandemic is a massively complex challenge for our societies in the short term, and has caused untold heartache for millions.
But with a vaccine and the natural tendency for pandemics to burn themselves out, our societies will find a way to recover.
The impact of Brexit will probably be more of a dull pain felt over a longer period – endless unexpected hurdles cropping up to test us.
Here at The Local we’ll be there to help Britons find the workaround for every bureaucratic hurdle that governments put in our way.
James Savage is the CEO of The Local. You can follow him on Twitter @Savlocal