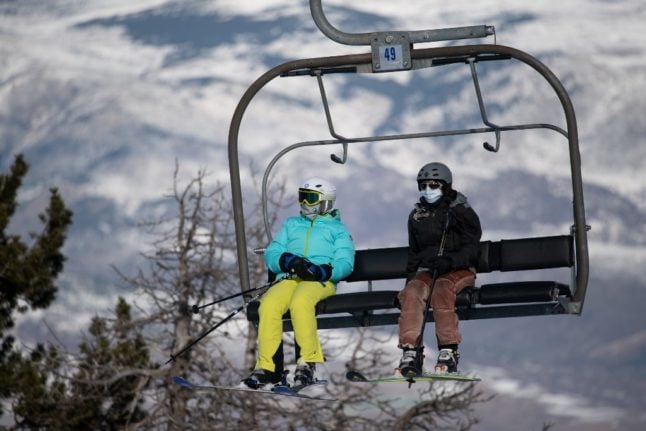 “I didn't think I could ski for the next two to three years. I was a bit worried but since it was Monday I thought there would be few people so I dared to come,” said 60-year-old Prisco Crespo.

The main parking lot at the ski station set in the midst of a dense pine forest in the Spanish Pyrenees, just two hours by car from Barcelona, was full and queues formed to board ski lifts.

“We couldn't wait. We asked for the day off work, we left Barcelona at six in the morning and are here to spend the day,” said Ricard Pons, a 29-year-old warehouse worker who came with his girlfriend. Most European nations have kept ski resorts shut over fears that crowds and apres-ski revelry could fuel the spread of Covid-19.

In the Pyrenees, only ski resorts in Spain's northeastern Catalonia region have opened.

France and tiny Andorra have put off opening their resorts until after Christmas while Catalonia's neighbouring region of Aragon has still not set a date for when its slopes can open.

Catalonia delayed the opening of its ski stations and there were doubts that they would be able to draw many customers because of virus restrictions  that complicate travel, especially on weekends.

“In the end we decided to open because mountain areas depend on ski, we are their economic engine,” Joaquim Alsina, the head of Catalan ski resort association ACEM, told AFP.

To reduce the risk of infection, capacity is limited and passes are sold only online. Face masks are mandatory whenever you are not skiing.

“People are practising sports, they are outdoors, you don't see many crowds, people are using masks, gloves, glasses, they are super covered up,” said the commercial director of the ski resort, Maite Martin.

“I think there is minimal risk of infection,” she added.

“It's really after skiing that people relax the measures a little bit more, when there is a risk.”

While she was pleased with the size of the turnout on the opening day, Martin refused to make a forecast for the rest of the season given the uncertainty caused by the pandemic.

The previous ski season at La Masella was cut short when the first wave of the pandemic hit Europe, forcing the resort to close early. “Let's see if we can hold on until March,” said Conchi Marti Calvo, the owner of a small bar at the foot of La Masella's ski slopes that kept serving coffees and sandwiches during breakfast time.

“The whole valley needs the station to open so we can work,” the 43-year-old added, explaining she had hired just five employees this year instead of 11.

Restaurants, hotels and ski instructors have been anxiously waiting for the resorts to open, with many relying on the ski season to survive all year. Alsina, the head of the ski resort association ACEM, said some areas in the region rely on ski resorts for 70 percent of their economic activity.

“Snow is what feeds us,” said ski instructor Kenia Leiva who rushed to not be late for her first class in nine months. 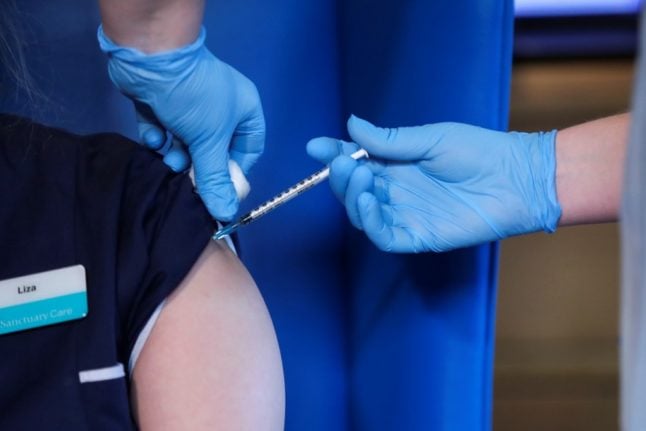 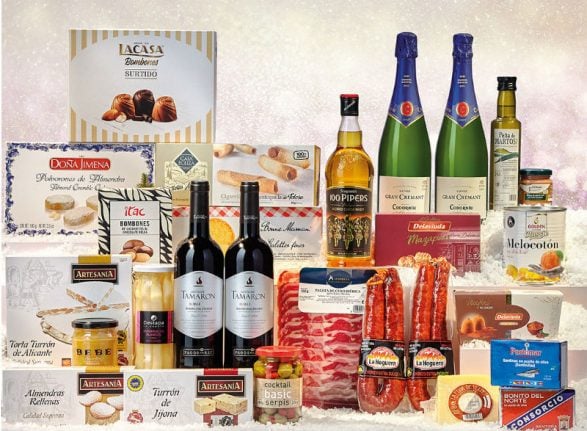 CHRISTMAS
Why workers in Spain can have a legal right to a Christmas hamper
Url copied to clipboard!