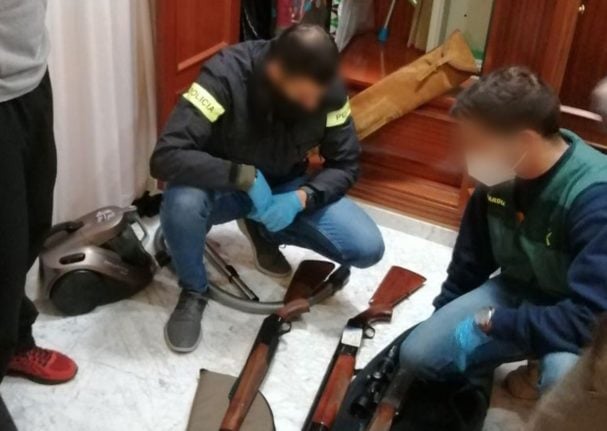 The two men, who have not been named by police, intended to use the drug sales to buy weapons and create a network of white supremacist groups.

In raids carried out on December 10 in Ronda in Andalusia and Pamplona in Navarra following a year-long investigation, police found a Nazi flag and other white supremacist symbols.

“In messages on the internet, they expressed the intention to get arms and prepare what they called a race war with the intention to carry out some form of attack,” a police statement said.

It was also discovered that the suspects had used social media to praise Brenton Tarrant, an Australian who shot dead 51 Muslims in Christchurch, New Zealand, in March 2019.

The men appeared in court in Lleida in Catalonia on charges of race hate crimes, possession of arms and explosives, support for racist terrorism and offences against public health. They were released on bail.