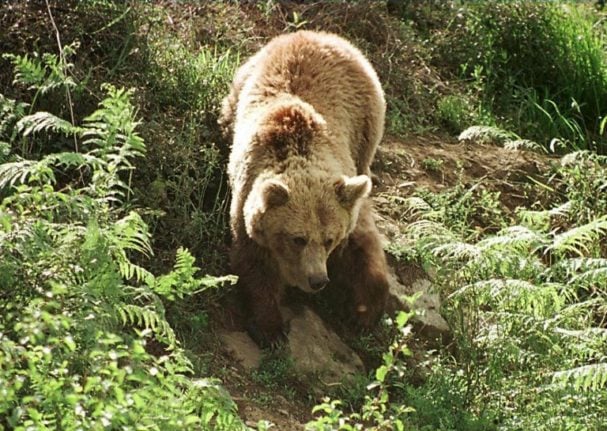 File photo of a brown bear in the Pyrenees. Photo: Generalitat de Catalunya

The bear, named Cachou, was the first of three brown bears to be killed in the Pyrenees this year, but until now, investigators had not revealed the cause of death.

In a statement sent to AFP, the prosecutor's office in the northern Catalan town of Lerida said the bear died as a result of “poisoning with ethylene glycol” a toxic compound used in antifreeze.

The bear was found dead in the Val d'Aran area very near the French border, with prosecutors saying the main suspect was a forest ranger from the same area who was arrested in November.

In August 2019, the Val d'Aran authorities had called for Cachou to be removed from the area, blaming him for the death of five horses.

Another bear, a young male, was shot dead in June near a ski station in Ariege on the French side of the border but the investigation has turned up no leads.

And at the end of November, a hunter shot dead a female brown bear in the Spanish Pyrenees, near Barjadi valley. Regional officials said the hunter “claimed to have acted in self-defence”.

Close to extinction, the brown bear was reintroduced to the Pyrenees in the early 1990s, with animals brought in from Slovenia.

There are about 50 bears today, but their presence has caused tension with livestock farmers.