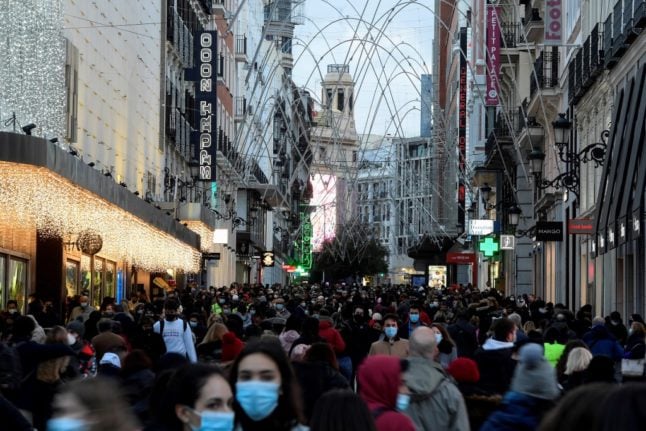 Christmas in Spain is normally a time for choirboys and girls to chirp the El Gordo numbers before news crews descend on an unknown village where the cava is popping.

Talking of which, another mainstay of the festive season in the past has been the Freixenet advertisement when celebrities would pop up and sip the fizzy stuff.

This year, of course, things are going to be rather different. Take the Spanish government's public health spot for a start.

It is all masks and small gatherings. People saying hello but acting very responsibly. No hugs or kisses.

That is the public image of a country taking the risk of a Christmas surge in COVID-19 cases very seriously.

However, is it me or is the government advice to the population somewhat confusing?

Salvador Illa, the health minister, told us recently the best thing to do is to stay at home.

Regions should close their borders for Christmas and New Year to stop the spread of COVID-19. Christmas gatherings should be limited to six people.

However, lla went on to say that family members and 'allegados' could travel across the country to see relatives.

This word allegados has attracted quite a lot of attention mostly because though most Spaniards know what it means, many others may not.

It means those people you have an emotional tie with like close relatives who are not immediate family.

So, you should stay at home, but you can go to see relatives. Eh?

When I heard this strategy I was reminded of Matt Lucas' take on Boris Johnson's strategy of returning to work. 'Go to work, don't go to work'. Check it out if you have not seen it.

I was not the only one who was confused.

Above a picture of the emergency care unit, health care workers at Hospital Marqués de Valdecilla in Santander tweeted:

“We are confusing people, dinners for 6, 10, relatives, forget everything, this Christmas should be different, only with those who live. The only place we'll mix is this. Please have common sense and responsibility.”

To add to the confusion is the way different regions may choose to apply the Spanish government's advice. And it is only advice as the central government has left health care management in the hands of the 17 regions.

As I write, Madrid has announced it will allow people to enter and leave the region during the Christmas period. Yet, this is the place which still has the highest rate of infections around the country.

In an emotional speech, she said: “There are 14 days left until Christmas. And we have to do everything we can to prevent another exponential growth.

“I really am sorry, from the bottom of my heart. But if the price we pay is 590 deaths a day then this is unacceptable.”

‘If the price of these niceties is that our fatalities are now at 590 people a day, this is not acceptable’ — Angela Merkel pleaded for Germans to stay home this Christmas pic.twitter.com/qUQHXXHpnD

The regulations may be confusing but the key question is whether Spain has managed to bring the second wave of coronavirus infections under control?

Professor Rafael Bengoa, a former World Health Organisation health systems director who is now co-director of the Institute for Health and Strategy in Bilbao, said Spain was under the false impression it had flattened the curve.

“Spain believes the curve is under control (more than in Germany) but none of the two are anywhere near what you need to have a semi-normal Christmas,” he told The Local.

“I think Germany is right in relation to Christmas – a quasi-lockdown. I am saying that the virus here also has many 'allegados' and they are all infecting.”

So, what is the infection level right now?

Since Spain entered a second state of emergency in October, contagion levels have dropped dramatically.

The infection rate fell on Thursday below 190 cases per 100,000 people, measured over the past 14 days, the first time this has taken place since August.

Despite the falling infection rate, England removed Spain's Canary Islands from its safe travel list because of rising numbers of cases, meaning returning travellers will have to quarantine from Saturday, the same rule which has applied to the rest of Spain.

So, it seems Professor Bengoa has a point. Spain is not out of the woods.

Another piece of advice from the government and the World Health Organisation is to shop online for presents.

However, at the weekends news reports have been full of pictures of crowded shopping streets.

Here's hoping that people come to their senses over Christmas.

After all, the vaccine is supposed to arrive in January. 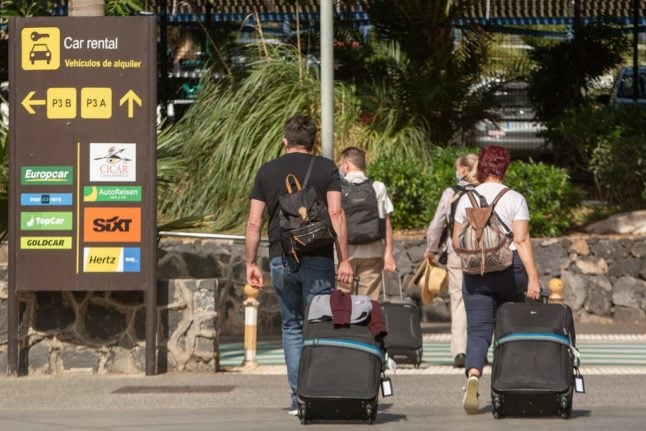 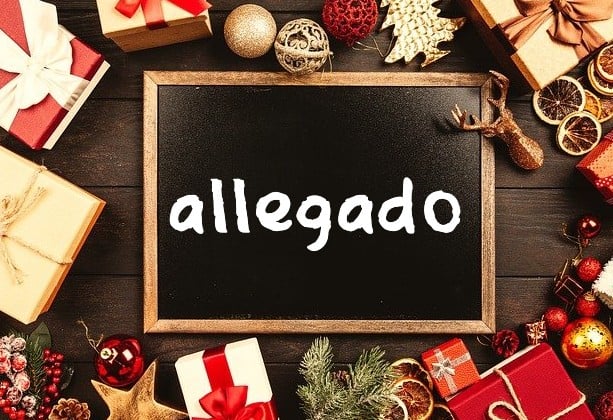 SPANISH LANGUAGE
How a word nobody uses is causing Christmas confusion in Spain
Url copied to clipboard!