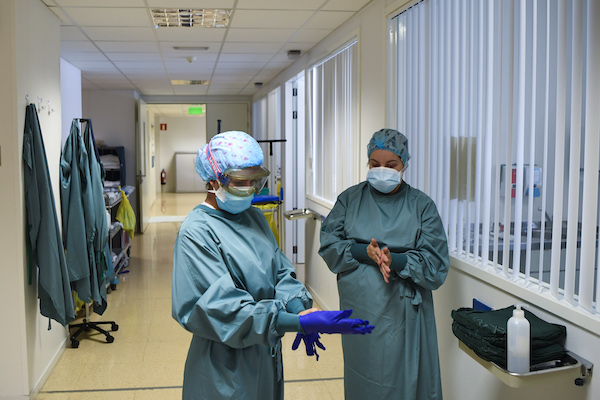 The current total of Covid-19 cases in Spain since the beginning of the pandemic now stands at 1,684,647with 46,252 deaths and 150,376 recoveries, according to data from the Ministry of Health. Spain currently stands at number eight in the world of countries with the most infections.

Data over the past two weeks shows good news that there is primarily a downward trend of new cases across the country. The cumulative incidence rate per 100,00 inhabitants is currently at 231, which is down from 251 a fews days ago.

That means Spain has emerged from the coronavirus “extreme risk” scenario as measured by the Health Ministry.

No region in Spain now has a cumulative incidence rate above 400. Currently the country's worst hotspots in terms of the incidence rate – the average of new cases per 100,000 inhabitants within the last 14 days  – are the northern autonomous communities of Asturias, La Rioja, the Basque Country and Aragón. The provinces with the highest numbers are Teruel in Aragón, Burgos and Palencia in Castilla y León, and Gipuzkoa in the Basque Country. Cuenca in Castilla-La Mancha, Jaén in Andalusia, and Lleida in Catalonia also have high cumulative rates.

However, the number of cases have been falling significantly since the peaks seen in mid-October and the beginning of November.

The Canary Islands are currently the region with the lowest cumulative incidence rate per 100,000, followed by Murcia, the Balearic Islands, Galicia and Extremadura.

Catalonia has recorded 901 new infections in the last 24 hours, which has seen an increase in the R-rate of the virus in the region from 0.98 to 0.99. If the number goes over 1 it means the epidemic is growing.

Although there has been a general downward trend in the autonomous community, this could increase the risk of new outbreaks. The number of people currently hospitalised with Covid-19 in Catalonia is 1,515, with 389 of those in the ICU.

The map shows the cumulative incidence rate per 100,000 inhabitants over the last 14 days and uses data from the Spanish Ministry of Health and elDiario.es.

The community of Madrid has recorded 594 new cases over the weekend, 122 of them in the last 24 hours, which is less than in previous days. Pressure on hospitals has been lifted slightly and for the first time, patients admitted to the ICU have fallen below 300. The number hospitalised has also fallen to 1,208.

Cases have also been dropping in Castilla y León which has registered 369 cases in the last 24 hours – 35 percent less than the previous day. The majority of these have been recorded in the cities of Burgos and in León.

The downward trend has also been seen in Andalusia, which has registered 1,001 new cases of Covid-19 within the last 24 hours. The Health Minister has also said that 3,825 people have recovered from the virus in Andalusia during the past 24 hours.