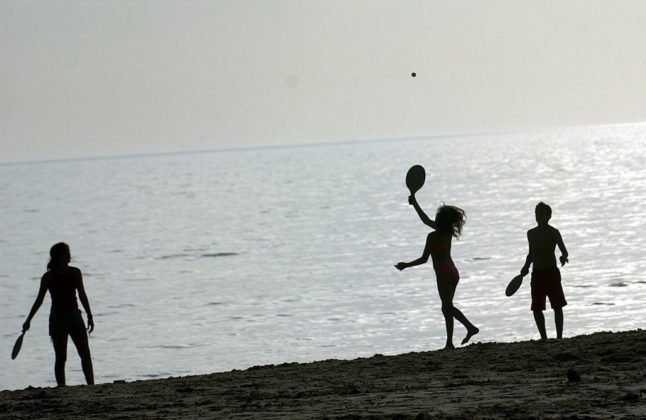 Even if my family wanted to swap the beach for rainy London life, could we? Photo: AFP

If you are a foreigner living in Spain, it is the question that lurks at the back of your mind: Should I stay or should I go?

Go on, admit it. However much you enjoy the pleasures of life here – and they are considerable – there is a part of all of us which wonders if this is it, forever? Might we, one day, decide to head home?

Being closer to elderly relatives or other family members might be the game changer. Or, perhaps given the post-Covid-19 economic outlook in Spain, which looks bleak, it might be easier to find work in one's own countries. Maybe if children head to university in another country, this might be a good reason to leave España.

Well, now it seems that if you are British at least, Brexit might force your hand.

The Immigration and Social Security Co-ordination (Withdrawal) Act 2020, to give it its full name, may make things much harder for British nationals to go home if they have a foreign partner and family.

According to Fiona Godfrey, of the campaign group British in Europe, from 29 March 2022, the law will change and that is when things get tricky.

“After that if you want to come back with your non-British partner, you’ll need to earn £18,600 a year, a lot more if you have non-British kids,” Godfrey told the Guardian newspaper this week.

“And if your partner wants to move and be able to work in their own right immediately, they’ll have to meet the new points system.”

Godfrey said up to 40 per cent of Britons likely to want to return believe they would not fulfil this income requirement, and most of their partners did not do jobs on the Home Office list of approved professions. Associated costs like NHS surcharges or fees could run into thousands of pounds.

It means that British people living in Spain and other parts of Europe have until March 2022 to make what potentially will be a life-changing choice.

It is difficult to guess but many of the Brits I know here are settled and have no intention of returning to Britain.

But they may have made that decision based on the knowledge that they could go back if they wished and would face little red tape or problems.

Now, this freedom has been taken out of their hands thanks to Brexit, it may also change the way they look at things.

This raises a deeper issue. Where is home, after all?

It seems some people have really made Spain their home and just regard Britain as somewhere they grew up and left when they were younger.

Others, myself included, have a complex relationship with Britain, which they always refer to as home, as if they were on a rather long holiday in Spain.

I feel like a tourist in Britain now which makes holidays or work trips there all the more fun.

Quite how things might be if I moved back for real with my family is a subject I have turned over in my mind from time to time. Who hasn't?

Could I face those grim months of January and February, the commuting, the daily obsession with the rain/weather or even life in Brexit Britain? A tough one. Then again, there would be plenty of reasons to be cheerful. The pubs, the gags, the fish n'chips, the McEwan's Export (which despite its name is not exported anywhere in the world). Readers, I could go on and on.

It would be a hard sell to a family used to the winter sun, living outside and who blanch at a few drops of rain. Oh, and then there is the beach. They might miss that a bit, I suppose.

Whatever, I know plenty of Brits who say they do not know whether they will stay in Spain forever but are quite happy for now.

Equally, I know others who have headed home after they decided they had had enough of Spain, better opportunities came up at home or they had to head back to Britain to look after relatives.

I wonder if this legislation will concentrate the minds of Brits, not just those living in Spain but those elsewhere in Europe, about where their futures lie?

I suspect unless they really have to head back, this will make many less inclined to go back to a country whose decision back in 2016 caused such disruption to the lives of millions.