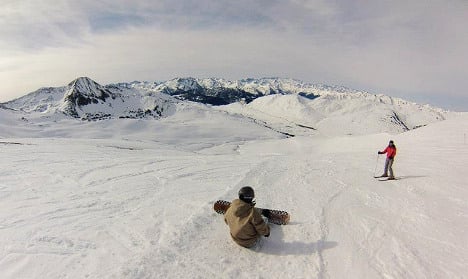 So, what to do now the prospect of heading home for Christmas looks less and less likely?

No doubt some of us have been thinking of escaping for a few days to go skiing as there are so many places to hit the slopes in Spain and you don't have to take a PCR test to get there.

From the Pyrenees to Los Picos in northern Spain or the Sierra Nevada, in Andalusia, you are spoilt for choice.

All this is assuming, of course, that the government allows us to move around the country.

With infection levels coming down there is a slim chance that this may happen.

As I write there European governments are considering whether to allow skiing holidays at all.

France, Italy, Austria and Germany have all ordered even high-altitude lifts to remain closed at the moment in the hope that they can be opened at peak season.

If the European Union forces skiing areas to stay closed it will mean losses of €2 billion, according to Brussels.

However, Switzerland, which is not part of the EU, is allowing near-normal operations at its ski resorts.

Spain still appears to be pondering the matter but will likely follow Brussels lead.

READ MORE Coronavirus: What we know about plans to open Spain’s ski resorts

Whatever happens, just thinking about the joys of ski holidays fills me with mixed emotions.

As a veteran of countless ski trips, they always seem to start the same way.

There is that drive into the mountains where open-mouthed awe at the snow capped peaks is quickly replaced by frantic checks on the mobile as you start to get lost.

Of course, in most resorts, there is no reception for your mobile, so you end up squinting at road signs or asking confused locals for directions. Meanwhile, the atmosphere inside the car plunges to sub-zero as the bickering begins.

When you finally show up at the resort, there is the ritual renting of the gear ordeal before you can relax. Unless you are one of the sensible ones who has your own skis et al.

If you have been skiing more than once, it should be simple. Somehow, however, it just seems to  get harder every time .

The ski boots are not the right size or they don't have the right helmet because your head has weirdly grown bigger – or smaller – and the staff quickly become exasperated.

At this point, full disclosure: I am physically and mentally unsuited to skiing by way of being the wrong shape (far too tall). Try to imagine a hapless giraffe hurtling head first down the slopes. Not pretty.

So my role is always the Boot Man i.e. I lug all the gear and if you have three boys that is a serious amount of skis, boots, helmets and assorted stuff.

The ski lift is another pleasure- marvellous views mixed with deep dread if, like me, you suffer from vertigo.

Once at the top, the fun starts. Watching everyone shoot off is a genuine pleasure.

I do admire anyone who has mastered skiing after trying it a number of times and spending much more time picking myself up than gliding down the piste.

Then there is the curious attitude towards us non-skiers. 'You don't ski?'

It is always asked in a tone which seems to imply we have failed somehow at one of life's rites of passage.

But hold on a minute, I am describing skiing as it was way back when in the PC Age (pre-Covid). Remember it?

Masks and gel everywhere, of course, but how could you rent gear? Would it have to be disinfected each time it has been used? Imagine tempers rising as the queue mounted outside the rental places.

What about sharing ski lifts? And once you get to the pistes, which are often full, what then? Two metres between each skier? It seems unlikely – or impossible – to enforce.

Questions, questions. But could it really be made safe?

One argument in its favour is that skiing is an outdoor sport, not like others where spectators are huddled in packed stadiums.

But what would a non-skier like myself do all day? If the cafes are closed then it would be takeaways all day in the snow.

Yet once the slopes are closed for the day, the skiers return to hotels and that presents a whole new round of health headaches.

Often ski hotels are full, stuffy and yet, this is where the fun really starts for the after piste action.

If, as seems likely, the slopes are shut this year, it will be another blow in what has been a difficult year.

But then again, it leaves us with another thing to look forward to next year when this pandemic finally passes. 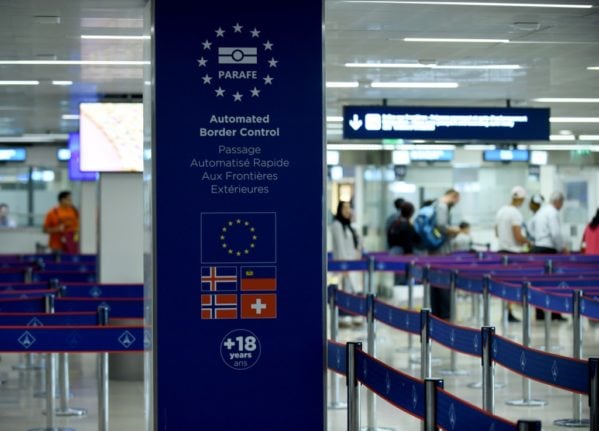 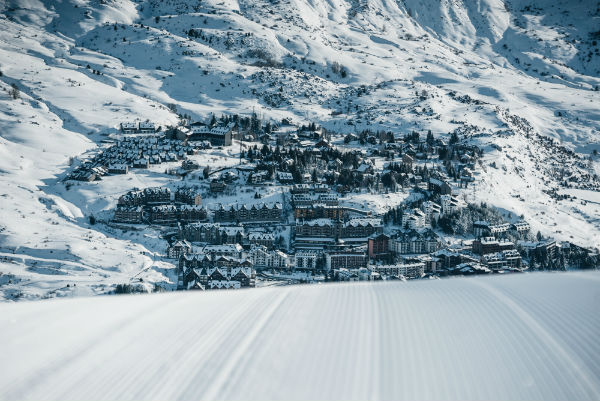 SKI
UPDATE: What we know about plans to open Spain’s ski resorts