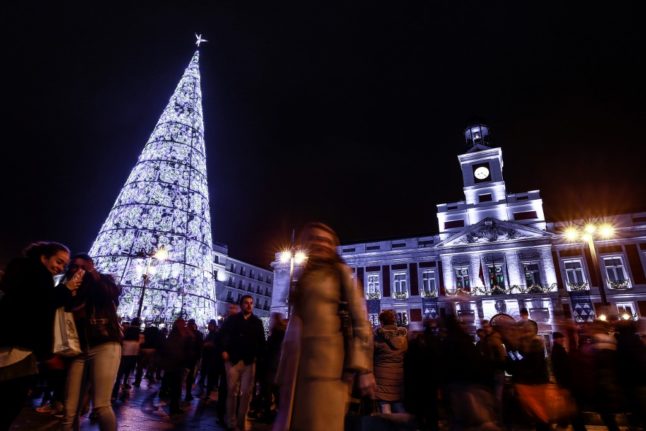 And of course, they contrasted somewhat with the guidelines produced by the central government continuing the political clash between the PP-led regional government and Madrid City Hall and the socialist led coalition government of Pedro Sanchez.

But subject to approval, here’s what we know so far about those restrictions on the cards in the capital over Christmas and New Year.

Madrid’s Department of Health has said it wants to allow a maximum of ten people to gather for family get-togethers on key dates over the Christmas period as long as the meeting is limited to three separate households.

On all other days, social meetings must be restricted to six people maximum following the same guidelines currently in place and those recommended in Spain’s Health Ministry draft Plan for a safe Christmas.

READ MORE: What we know about Spain's plan for Christmas coronavirus restrictions Madrid currently has a curfew in place between midnight and 6 am but wants to delay it to 1.30am on Christmas Eve and New Year’s Eve (While Spain’s Health Ministry recommended 1am) arguing that because of the size of the city and region, it can take longer to get home.

Madrid has already announced that it plans to shut its borders for ten days (from December 4 to 14) to stop people coming and going over the long weekend (puente) comprising two bank holidays on December 7 and 8.

Authorities said they were doing this in “a bid to save Christmas” but they haven’t yet announced whether restrictions on movement will be in place over the Christmas period itself. It will be up to each regional government to decide whether to close borders or seal up municipalities but no such measures have been announced as yet.

Madrid authorities have also suggested introducing a system of testing the elderly and vulnerable cared for in residential homes to allow them to leave the centres and visit family homes during the holidays.

Those who have tested positive in an antibody test over the last six months or had a positive result in a PCR test in the last three months will be considered able to freely leave and return to their care home.

Under the proposals by Madrid health chiefs, those who have not tested positive to either will still be allowed to visit family but must self-isolate on their return to the care centre until they can undergo and test negative to a PCR test.

For those people that are either not able to visit family or don’t wish to, the Community of Madrid “will facilitate telematics communications with their family at Christmas,” according to Ignacio Aguado, regional deputy of Madrid, in a press conference on Wednesday morning.

Spainn currently has a limit on occupancy inside restaurants and bars and insists on table service only, measures which are likely to continue over the holiday period.

Unlike Catalonia which only reopened such establishments this week but has said they must close by 10pm over the Christmas period, there is no suggestion that authorities in Madrid are considering the same.

In Madrid establishments must be closed by the curfew time of midnight allow they too may be allowed to stay open later in line with the delayed curfew on Christmas Eve and New Year’s Eve if that is announced.

Gatherings in bars and restaurants will as far as we know still be limited to six people although we are waiting to hear whether the proposed meetings of ten people from a maximum of three households will be allowed to meet in restaurants or just within a private home. Photo of one of the three kings a Cabalgata in 2015: Desiree Martin/AFP

“The Three Kings will come to Madrid,” insisted José Luis Martínez Almeida, the mayor of Madrid to the relief of all children who traditionally receive their gifts from Melchor, Gaspar and Baltasar.

But the city has cancelled the traditional parades known as the Cabalgata de Reyes that take place on the evening of January 5 in 21 districts and will instead organize one event to celebrate the arrival of the Magi in the capital that will be televised for all to see – and to avoid the gathering of crowds. A traditional Christmas market  is set up in Madrid’s Plaza Mayor each year and is the place where Madridleños go to buy trees, decorations and models for their nativity scenes as well as wigs and novelties to celebrate New Year.

This week the stalls are being set up and as yet, authorities have made no announcement on its cancellation.

It will likely be monitored tightly to ensure limited numbers within the square at any one time but with the Rastro reopening last week for the first time in eight months, it seems unlikely that authorities will take a last minute decision to say the Christmas market can’t go ahead.

For many Madrileños, Puerta del Sol is the only place to be to celebrate New Year with tradition calling for a grape to be consumed on every sound of the bell as the clock strikes midnight.

This year though, such crowds will be discouraged although authorities want the curfew to be delayed to 1.30am to allow people to celebrate the new year in maximum groups of ten and allow them to get home in time afterwards.

Christmas lights are scheduled to be illuminated across the city on November 26 and the Navibus, the double decker open top tourist bus will as usual be providing tours. 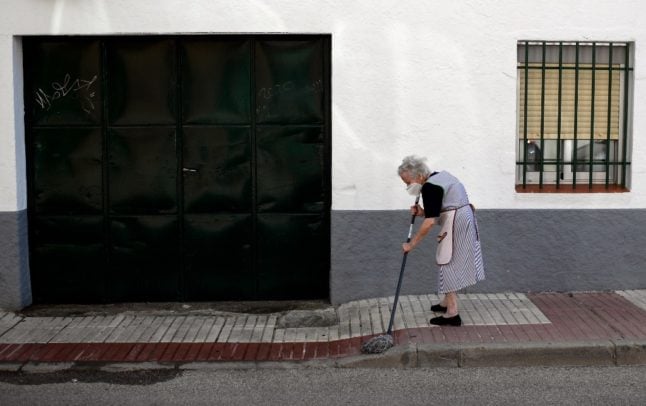 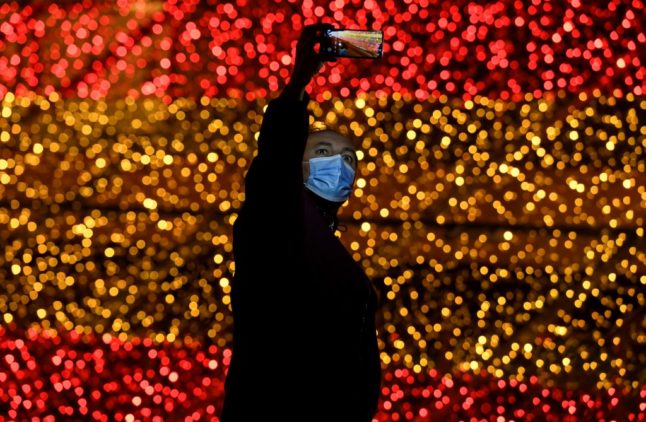