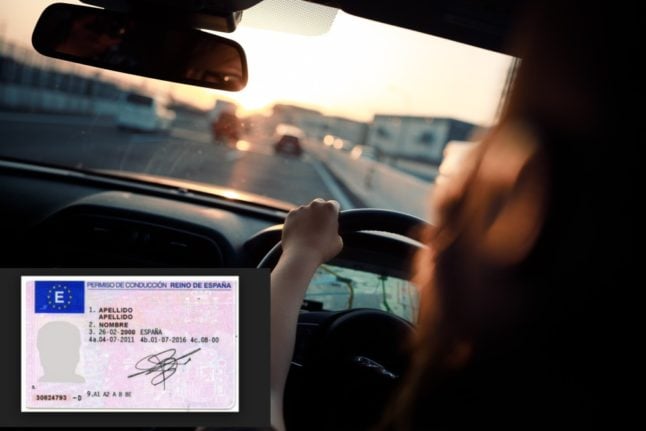 Photo by takahiro taguchi on Unsplash

One of the key tasks for those living in Spain ahead of Brexit was to ensure that they had exchanged their DVLA British licence for a Spanish one before the end of the transition period.

Although this has long been a legal required for anyone who has lived in Spain for at least six months, the issue took on an urgency with Brexit when authorities warned that those with British licences would no longer be entitled to simply swap their licence for a Spanish once the UK left Europe and the transition period came to end.

The problem was, it became very difficult to book a cita previa at DGT offices in those areas where lots of Brits live even before coronavirus struck and forced the closure of administrative offices.

Back in early October the British Embassy said that they were in discussion with the Spanish transport authorities and plans were afoot to revise the system.

Now the details of the new process have been published.

Here’s what we know:

The DGT has come up with a new system that went live on Monday November 16th that creates a two-step process to enable UK nationals to complete stage one before the end of year deadline even if they are unable to secure a coveted cita previa at a local DGT office.

As long as Brits living in Spain have registered their application before this December 30th deadline then they will have six months to complete the second step of the process at a DGT office.

The first step is to make an application to the DGT before December 30th. You can do this via their online portal if you have a digital certificate/[email protected] or by calling 060 and asking for a Canje de Permiso de Reino Unido on the automated system.

The Local called this number and when put through was told there was a designated English speaker in the office Monday to Friday between 9am and 3pm for those who feel their command of Spanish isn't up to the task. If not in Spain and calling from abroad, the number is +34 902 887 060.

In some provinces it may also be possible to do so by downloading the form and taking it to your local office, though you may wish to ring ahead to confirm this.

The form can be downloaded HERE

You can also ask a representative (such as a gestor) to do this on your behalf.

We understand that for this part of the process you do not need to have the green residency certificate or TIE, but you will need a NIE.

If you do not hear anything from the DGT in the meantime, three days after submitting your application you can request an appointment with the DGT to do the exchange.

Once three days have passed, use the following link to book your appointment HERE

This takes you to a page where you need to click on the first icon on the top left “solicitud de cita previa”.

You will then need to follow the instructions as set out on the DGT’s main page detailing the new process: select your office and under “Tipo de Tramite” select “Tramites de Oficina” not canjes de permiso. You should then click 'continuar' under the section for ‘conductores’.

In some offices you may still not be able to get an appointment straight away, but don't worry.

As long as your application has been submitted before December 30th, and the UK authorities have verified your licence by the end of the year (this part of the process will be carried out between the DGT and the DVLA) , your appointment to exchange your licence can be after January 1 2021, provided it is within the first 6 months of next year.

The British Embassy states: “Please note that you will need a residency certificate/TIE to do final exchange, so if you are in the process of applying for residency you may want to choose a later date for your appointment.”

Irrespective of whether a UK licence has been verified for exchange by the end of the year, British residents in Spain will be able to drive legally using your UK licence for 6 months from 1 January 2021 but after that date you will need to pass the Spanish driving test if you have not exchanged your licence for a Spanish one.

The future rules on exchange and recognition of UK licences are still subject to negotiation.

All the details of the new process can be found on the DGT site HERE: (You can change the site’s language to English by selecting it in the drop-down menu in the top right hand corner of the page.)

DRIVING
COMPARE: Which countries in Europe have the strictest drink-drive limits?

BREXIT
Anger grows as no solution found yet for in limbo UK drivers in Spain
Url copied to clipboard!