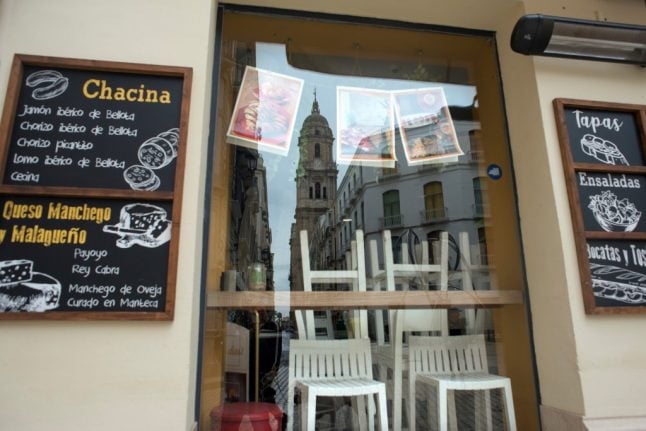 Since Tuesday all of Andalusia’s 8.4 million residents have been unable to leave their own municipal limits as the region imposed strict new measures to halt the spread of Covid-19.

The strict new measures have been introduced after a surge in infections and in a bid to avoid imposing a full lockdown with people confined within their homes such as they were in March and April.

The Andalusian premier said on Sunday that he was not willing to confine residents to their homes, but he did call on the central government to “prepare for the possibility of a total or partial confinement in the coming weeks.”

What time is curfew?

A nationwide curfew is in place across all of Spain (except the Canary Islands) with regional authorities choosing to set the hours between 10pm to 8am.

Andalusia has brought forward the curfew to start at 10pm and end at 7am. That means that during those hours, except for justified reasons such as returning to or from work, people should be off the streets and at home.

How long will the new measures last?

The new measures are set to expire on November 23 but could be extended if infection rates don’t improve.

Are bars and restaurants open? Yes, they are allowed to remain open across the region except in Granada province where extra measures are in place (more on that later) but all bars and restaurants as well as non-essential shops and businesses will have to close by 6pm.

What are considered essential businesses?

Only those businesses or services which appear on the list below are allowed to remain open beyond 6pm.

Can I still order takeaway?

Yes, you can place an order until 10.30pm and restaurants offering takeaway or delivery service must have closed up by 11.30pm.

What is considered a justified reason to leave my municipality?

You are only allowed to cross from one municipality to another if it is for the purpose of going to work, seeking medical care, or for the purposes of study – such as attending classes or taking  children to school. Justified cause also includes those caring for elderly, minors or vulnerable dependents.

You are allowed to travel to a neighbouring municipality to refuel, if there is no facility in your own area and to attend appointments with administrative or judicial bodies or the notary.

Renewing permits, documents or other administrative tasks, is also allowed if you cannot postpone, as are taking official tests or exams.

You are also allowed to cross confinement borders if you are returning to your primary place of residence or for “force majeure” reasons.

What are the extra measures in Granada?

The province of Granada has seen a recent surge in cases and the accumulative incidence over the past 14 days currently stands at 1,194 cases per 100,000 inhabitants so regional authorities have taken the decision to close all non-essential businesses, restaurants and bars.

I’m staying in a hotel, can I still eat there after 6pm?

Yes, an exception has been made for hostels and hotels which can keep their restaurants open past 6pm to serve guests only.

How many people can I meet socially?

The limit for socializing is set at six people across the whole of Spain right now (excluding the Canary Islands) and Andalusia is no different. Social distancing of 1,5 metres must also be observed and masks worn in all public places except when eating or drinking.

What is the traffic light system?

Andalusia had been operating on a four tier system with risk levels determined on the infection rate in each municipality. Since late October, some 450 of the regions 785 munipalities had perimeter confinement imposed but that has now been extended to the whole of the region as all but 100 municpalities fall into the highest risk category.

Residents can check the risk level of their municipality using the junta’s interactive map- mapacovid.es

Those in the darkest red are Level 4 where the capacity at restaurants and bars is set at 30 percent indoors and 75 percent on terraces.

Gyms, cinemas and theatres are limited to 40 percent capacity while shops must halve the number of people allowed in at any one time. Taxis and minicabs are limited to two passengers per row of seats.

Those towns in Level 3 tier have slightly looser restrictions with 60 percent of occupancy allowed at gyms, cinemas and theatres, 60 percent in shops. It also allows 50 percent inside restaurants and 100 percent outdoors.

What other measures have been put in place?

Schools remain open but university students have been told not to come in to class but instead obligatory classes will be held online.

Is there a form I need to fill out if I need to cross confinement zone? No there isn’t but if you are stopped by police at a checkpoint it is worthwhile having documental proof you have a justified reason to be there.

To avoid problems at checkpoints, always carry some form of photo ID (which is required by law in Spain) and if that doesn't have your current home address on it then carry something that proves your place of residence, such as padron certificate or at the very least an official letter with your address on it (such as utility bill or bank statement).

If you are not going home to a restricted area but entering one for another purpose then there is various documentation that can help prove it.

If it’s for work reasons then have your employer issue a document explaining your hours and work address, or if you are freelance, show evidence of the appointment with client you are going to meet.

If you have an appointment with a specialist at a medical centre either outside the restricted zone where you live or within one where you are not resident then you will be able to show a copy of your cita previa to prove it.Likewise with any sort of official appointment at an administrative or legal office.

Take evidence of enrolement at school or college and if you going to care for a dependent then take anything that can demonstrate your relationship.

Likewise keep receipts for fuel, essential shopping etc to prove that you  have been somewhere for valid reason.

Are things really that bad in Andalusia?

The accumulative incidence rate in Andalusia currently stands at 553 per 100,000 cases just over the national average of Spain but firmly placing the region above the 500 cases per 100,000 threshold that categorises a region as “extreme risk”.

The following graph shows the steep rise in number of coronavirus patients being treated at hospitals across the region, with the line in blue showing how many have been admitted into Intensive Care Units (ICU).

In fact Andalusia is being hit harder in the second wave than it was in the first wave. In the first week of November, a total of 59 people with Covid-19 died in the Andalusia region. on November 11, while at the peak in April the highest daily death toll  for the region was 36. 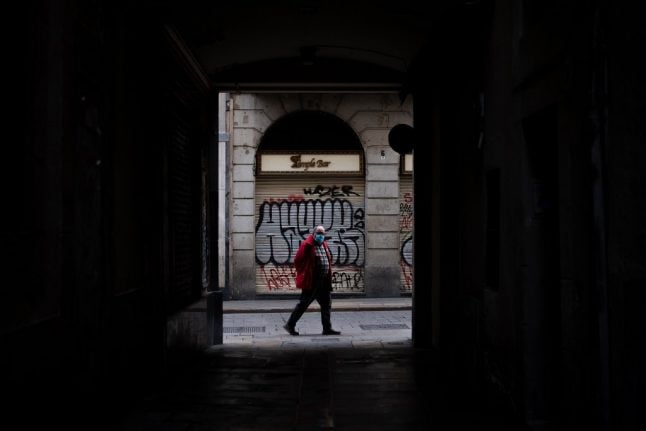 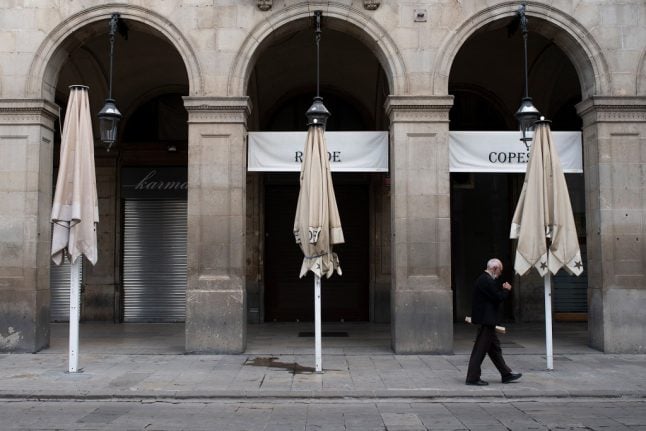 COVID-19
LATEST: These are the restrictions in each region of Spain

COVID-19
LATEST: These are the restrictions in each region of Spain
Url copied to clipboard!