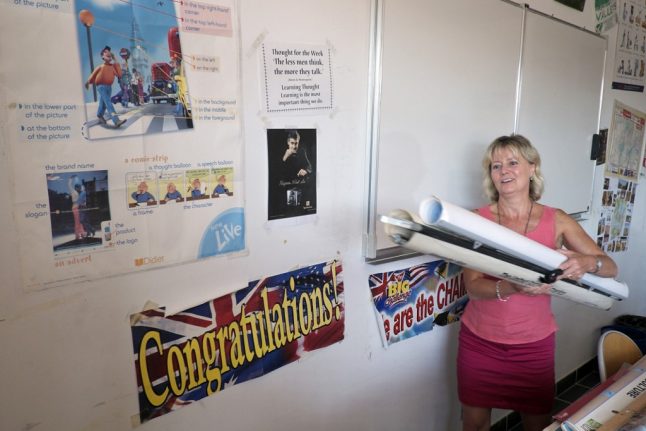 These are uncertain times for the world as a whole. But for Britons in Europe, the combined effect of travel restrictions and lockdown all across the continent, ongoing Brexit negotiations with less than two months to go and the election of Brexit detractor Joe Biden as US President make the current times all the more nerve-wracking and unpredictable.

On Tuesday, the British Embassy in Spain helped to appease some of the doubts UK citizens in Spain have in terms of work once the UK is officially out of the EU on January 1st 2021.

Their Facebook Q&A also dealt with the topic of education post-Brexit, but in this article we will primarily summarise what was spoken about in terms of work permits and recognition of qualifications for UK citizens in Spain from next year onwards.

Will anything change if I’m already working and legally residing in Spain?

“For those who are already living in Spain, as long as you can prove that you were here before the end of the year, you’ll be protected by the Withdrawal Agreement which gives you the right to carry on living and working in Spain,” Consular Policy Advisor Lorna Geddie stressed, with regard to UK nationals who haven’t registered in Spain yet.

“UK Nationals who fall under the Withdrawal Agreement have the same rights to employment as a Spanish national, regardless of whether you change jobs in the future.”

Therefore, if you’re a long-term resident with a green residency certificate, or someone who’s trying to register for the new TIE residency document now, you will have the same EU work rights after December 31st 2020.

Does it make any difference whether I’m self-employed or have a full-time contract?

“No, it doesn’t matter. You can register as either but you will need to show proof of your employment,” Geddie explained regarding Britons in Spain who are attempting to register as residents currently.

“It’s not just based on whether you have a contract, it’s whether you can prove that you’re self-sufficient for you and other dependants or members of your family.

READ MORE: Brexit – How much money will Britons in Spain need to be legally resident?

Will the fact that I’m not earning as much due to Covid make a difference with the residency application?

“If you’ve had reduced earnings because of Covid as is the case with a lot of people and you haven’t registered before, we recommend that you take as much evidence as possible to show that you are self-sufficient,” Geddie explained.

“So if you have savings or you have assets in your name, take along as much evidence as possible when you’re registering as a resident because the immigration official will take into account your whole circumstances.”

Will I need a visa to work in Spain if I move after Brexit?

“Someone who moves from next year onwards will not be covered by the Withdrawal Agreement and they will have to go through a different process in order to move and work in Spain,” Geddie said.

“That might or will most likely entail applying for a visa from the Spanish Embassy or Consulate in the UK first.”

As with all matters concerning Brexit – residency, healthcare, work etc – the recommendation by the British Embassy is to make the move to Spain and register as a resident here as soon as possible, as from January 2021 all the requirements will be a lot harder.

“If anyone knows that they’re likely to move to Spain from next year onwards, we would recommend that you get in touch with the Spanish embassy or consulate in the UK to find out more information about the visa options that are available to you,” Geddie suggested.

Deputy Head of Mission Tim Hemmings added that “there are some matters for which negotiations are still ongoing, some things where the negotiations need to take place in Brussels between the UK and Brussels and in some cases it will be a bilateral decision with Spain”.

How hard is it to get a job in Spain if you’re a non-EU citizen?

It's not easy. If you are not an EU citizen, potential employers have to prove they can't find a skilled EU worker to fill the position first.

Hiring a non-EU citizen can be a timely and costly process for employers, so unless you are a highly skilled-worker obtaining a work visa will be a challenge, but it's not impossible. Keep in mind though that unemployment in Spain is high, currently above 15 percent. If it's difficult for locals to find employment, it will most likely be even more difficult for you.

Aside from the permit for high skilled workers, there is also a tech entrepreneurship permit which involves having to present Spain’s Ministry of Economy and Competence with a comprehensive and well-funded business plan, and a self-employment visa with some official requirements also.

As mentioned earlier, nothing has been decided yet in this regard and there could be different condition regarding work permits for Britons arriving in Spain post-Brexit that are still to be negotiated.

What has been decided in terms of the recognition of UK qualifications in Spain after Brexit?

“Our sense at the moment is that recognition of qualifications really should not be affected in any way by Brexit,” Director of the British Council in Spain Mark Howard said.

“Actually, qualification recognition sits outside the EU under the Bologna Agreement.

“It isn’t actually directed by the EU but rather by the European Higher Education Area, and both Spain and the UK belong to that, and Britain will remain a part of it after Brexit.

“That means qualification recognition by 40+ countries that signed those agreements, so currently UK qualifications are recognised outside of the EU too.”

According to Howard, the expectation is that recognition of UK qualifications in Spain and vice versa will not be affected in any way, although there may be some processes for UK nationals which are slightly different, something which is yet to be decided.

Deputy Head of Mission Tim Hemmings added that “We’ve been involved in some of the discussions with the Spanish authorities on this and definitely their intention is to keep that recognition going”.

This is particularly good news for British nationals who work in regulated professions – doctors, lawyers, nurses, physiotherapists, dentists, architects etc – as current waiting time in Spain for the so-called “homologación” (recognition of qualification) for most third-country nationals is a painstaking two years, and the application process itself is also complex and costly.