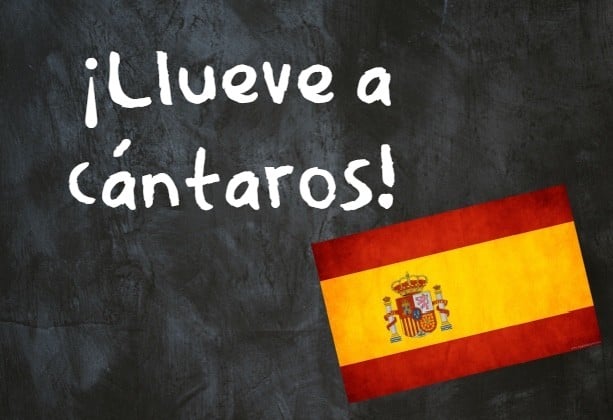 Why do I need to know this phrase?

Because believe it or not, Spanish people love to make chit chat about the weather almost as much as their northern European counterparts.

Plus for most of us who live in Spain (with the exception of those who reside in the verdant rain-soaked north of the country in Asturias or Galicia) it’s a novelty to exclaim anything about the weather that doesn’t start with “¡qué calor!” which is surely the most common refrain uttered during the summer months.

And it's going to rain alot this week. Basically use it remark on the fact that it is raining an awful lot.

The literal translation is “it’s raining jugs” which sounds bizarre in English but then so does “it’s raining cats and dogs” which is the English phrase most similarly used to complain about a torrential downpour.

Hola @AnfieldPrimary
¡Que día! – What a day! …
“Está lloviendo a cántaros” in #Spanish ??is the equivalent to
“It's bucketing down” or “raining ?&?” in English.
You'll need your…
paraguas ☔ y botas de goma?#refranes #dichos #cultura#PrimaryMFL pic.twitter.com/am2AJJyl7v

Cuando llueve, llueve a cántaros – When it rains, it pours.

If it's not raining heavily and what you're experiencing is more like a drizzle then this is the phrase to use: Está chispeando 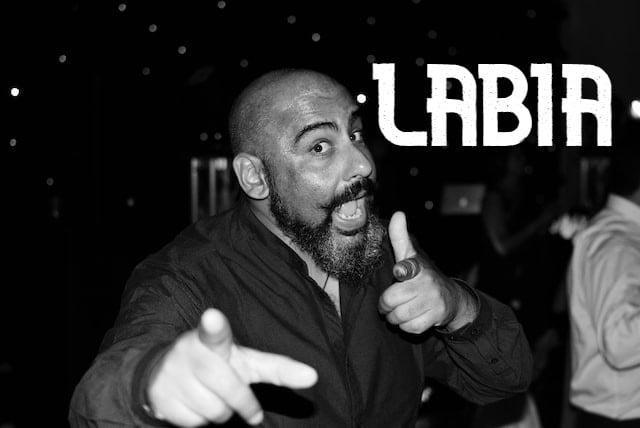 If you live in Spain or have visited the country, you’ll know that Spaniards have no difficulty in chatting to pretty much anyone, even complete strangers.

They are habladores (talkative), sometimes parlanchines or charlatanes (chatterboxes), and a select few suffer from verborrea, which is the official term for someone who talks excessively.

But how about those who are so good at speaking that they can sweet-talk pretty much anyone into doing what they want?

There’s an expression used to describe them, although it’s not an adjective.

If you say that someone tiene labia in Spanish, it means that they have the gift of the gab.

That’s right, labia does not refer to that part of a woman’s genitalia, which in case you were wondering are called labios vaginales in Spanish.

Tener labia is generally considered something good in Spain, and refers to a type of loquacity, confidence and charm when speaking that has the capacity to persuade and engage.

It may be that the person is a bit cheeky (pillo or caradura) but because they’re a smooth talker with labia they can get away with it.

Tener labía therefore doesn’t denote arrogance, it’s choosing the right words, being capable of improvising, of being heard, of making people laugh, all with ease.

Labia isn’t slang or a colloquial word, so therefore it can be used in all social contexts. Other more formal synonyms are verbosidad, elocuencia or locuacidad, but they don’t have quite the same clout as labia.

Alberto really has the gift of the gab, he finds it super easy to flirt.

You’ve such a smooth talker, you should work in sales. 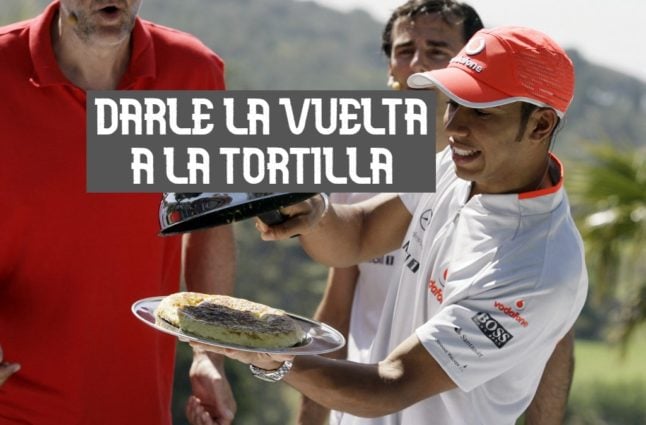 SPANISH WORD OF THE DAY
Spanish Expression of the Day: ‘Darle la vuelta a la tortilla’