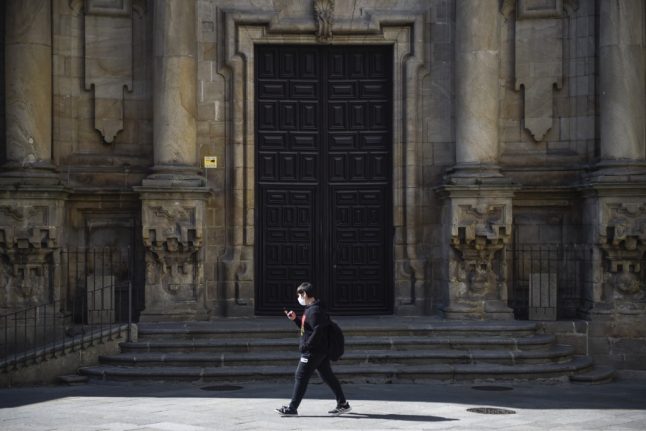 For updated list of measures read this: LATEST: These are the restrictions in each region of Spain

On Sunday October 25th, the government unveiled a state of emergency to give regional authorities the tools to impose curfews and close their borders to anyone moving without just cause.

Most of the country's 17 regions, including Madrid, Catalonia and Andalusia, have taken advantage of the measure to impose a so-called perimetral or inter-regional lockdown affecting three-quarters of Spain's 47 million citizens.

In some areas, the perimetral closures — banning people from entering and exiting except for essential reasons — have been applied at a municipal level, such as in the Basque Country and in the cities of Seville and Granada.

Although the government can impose an emergency for up to a fortnight, in this case until November 9th, it needs parliamentary approval to extend it, and lawmakers on October 29th voted in favour of a six-month extension.

Unlike the rest of the regions, Madrid's combative rightwing administration has refused to impose a two-week perimetral lockdown, saying it would only enforce such a move during the two upcoming long weekends.

“It is the final effort to try to avoid a stay-at-home lockdown. If it doesn't properly stop cases rising, they will need to take stricter measures,” said Daniel Lopez Codina, a biophysicist from Catalonia's Polytechnic University.

Fernando Simon, the health ministry's emergencies coordinator, said it would take at least “seven, eight days” before the new measures show any effect.

Here's a look at the new measures in place region by region:

Madrid regional authorities closed the perimeter border of the region over the All Saints’ puente weekend but lifted in at midnight on Monday night. The region will return to a perimeter confinement at midnight on the night of Thursday November 5th to prevent an exodus over another long weekend when the region celebrates its patron saint Almudeña.

In addition, 35 healthcare zones across the region are under perimeter confinement after Valle de la Oliva in Majadahonda and two areas of Coslada: Barrio del Puerto and Doctor Tamames, were added to the list.

The curfew is in place from midnight to 6am but social meetings in homes between people who do not live together are permitted even during those hours as long as they are limited to six people.

MAP: Which zones in Madrid have new restrictions and what are they?

A perimeter confinement has been put in place around the borders of the entire region from 12am Friday October 30th until November 9th.

The provinces of Sevilla, Granada and Jaén also have perimeter confinements being it isn’t possible to cross in and out of the priovinces, so to have all the municipalities within these provinces meaning people must not enter or exit municipalities unless it is for the purpose of work, school/college, to seek medical treatment or to help a dependent. Exceptions are also made for those needing to tend to agricultural plots or care for animals.

The curfew is set between 11pm to 6am across the whole of Andalusia, restaurants and bars must close by 10.30pm and social groups must not exceed six people.

Scroll over the map to see restrictions in place in each region:

The entire region has had a perimeter confinement in place since Tuesday October 27th which will last until at least November 9th.

The curfew runs from 11pm to 6am. Groups are limited to a maximum of six people and restaurants can only operate at 50 percent capacity on their terraces and 25 percent inside with only table service, plus they must close by 10pm.

The entire region has a perimeter confinement as well as the cities of Oviedo, Gijón and Avilés until at least November 7th.

On Monday November 2nd, the region asked permission from the central government to impose a total lockdown on its residents – that is to confine them at home and only allowing them to leave the house for exceptional reasons. But Spain's Health Ministry denied the request, insisting instead that they see the results of perimeter confinements and curfew before taking further measures.

Regional authorities then took the decision to close restaurants and shops and all “non-essential businesses” from November 7th and brought the curfew forward to between 10pm to 6am.

The only perimeter lockdown currently in place on any of the Balearic Islands is the municipality of Manacor on Mallorca which has been confined for 15 days at least from October 29th.

Across the islands curfew runs from midnight to 6am, except Ibiza where it starts at 10pm and there are capacity reductions in restaurants and on terraces while meetings are restricted to ten people maximum except in Mallorca and Ibiza where meetings are capped at six people.

Ibiza has also banned service inside bars and restaurants.

The regional government has imposed a perimeter confinement beginning October 30th and lasting for 15 days. A curfew is in place from 10pm to 6am and all restaurants and bars throughout the region have been closed except for take away services.

In a measure designed to limit movement over weekends people are not allowed to travel beyond the limits of the town or city they reside in between Friday 12 am and Sunday 12pm.

The region imposed a perimeter lockdown from midday Friday October 30th to last seven days but no restrictions on movement between municipalities within the region.

Then the regional government extended the measure for another week (until November 14th).

The curfew which they said would be in place until at least December 9th starts at midnight and runs to 6am.

Extra restrictions have also been placed on 31 municipalities across the region; four in Castellon province, two in Valencia and the remainder in Alicante.  Those zones with extra restrictions which include limits on occupancy in commercial, hostelry and public spaces, are:

Murcia introduced a perimeter confinement of the region as well around all of its 45 municpalities within it to stop people moving between communities on October 28th.

From Saturday November 7th, bars and restaurants within the entire region will have to close unless they provide takeaway service, a measure that will last at least 14 days.

The regional government has also recommended that local councils close parks and gardens from 7pm onward, and advised working from home where possible.

The region has imposed a perimeter confinement around the region and a curfew is in place from midnight to 6am.

On Wednesday November 4th it went a step further decreeing a perimeter confinement of each municipality and the closure of all indoor bars and restaurants. Only those that can serve outside on a terrace or provide takeaway food are allowed to stay open.

The region imposed a perimeter confinement from Friday October 30th until November 9th with a curfew inplace from midnight to 6am.

The region imposed a perimeter confinement from Friday October 30th until November 9th with a curfew in place from 10pm until 6am.

In addition, the cities of León, Burgos, Salamanca and Palencia have perimeter confinements in place.

On November 3rd the regional authorities ordered a shutdown of all bars and restaurants throughout the region except those serving take away food. And closed shopping malls and retail parks.

From Friday November 6th a perimetral confinement will be placed on the entire region from 3pm.

There will also be strict measures including perimeter confinements placed on some 60 municpalities within the region where restaurants and bars will be closed except those offering takeaway services.

In these zones socialising except with those from within the same household will be banned and all non-essential trips outside the home should be avoided although you will be allowed to exercise individually.

For a list of municpalities with extra controls, explore the map produced by Voz de Galicia.

The measures will be in place for at least a month.

The curfew across the region runs from 11pm to 6am.

The entire region has a perimeter confinement in place until November 7th with the cities of Logroño and Arnedo also closed off and with bars there closed for a month.

The curfew runs from 11pm to 6am but all businesses, including bars and restaurants across the region must be closed by 9pm, apart from pharmacies, supermarkets and those establishments offering home delivery.

The Canary Islands is the only region which is exempt from the nationwide curfew and no confinements are in place. 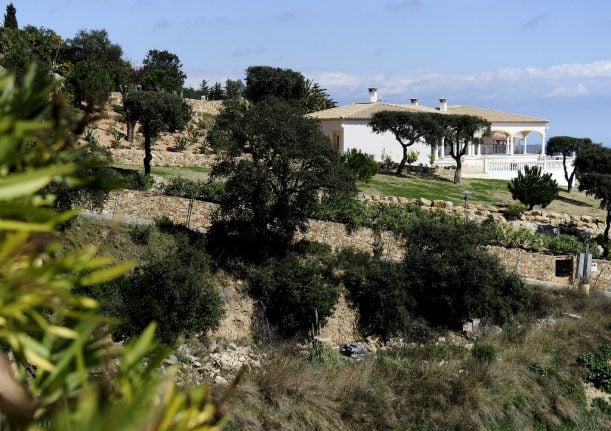 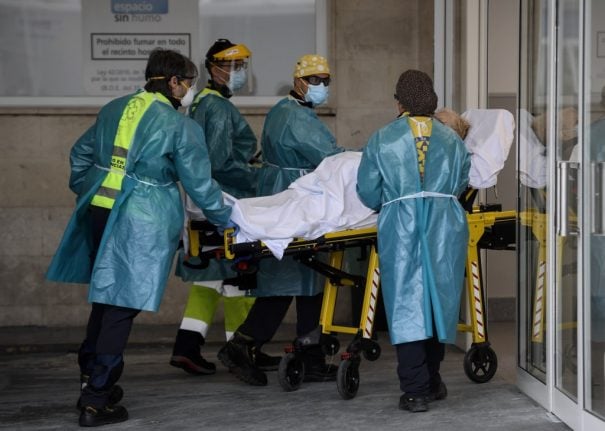