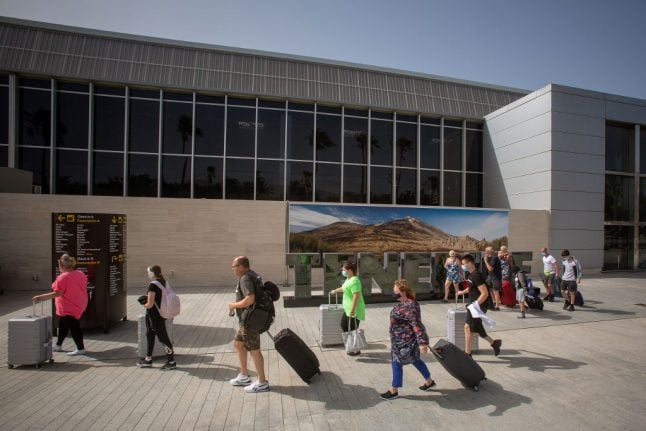 With fewer than 70 days left for the UK to officially be out of the EU, the British Embassy in Spain is ramping up its help and advice for Britons who either officially reside in Spain or who regularly spend time in the country.

Whereas for residents in Spain and those who apply for residency before 2021 post-Brexit rights are protected under the Withdrawal Agreement, it’s a more complicated situation for Britons who have up until now had one foot in each country.

On Tuesday October 27th, the British consular network in Spain addressed many of these issues in a live Q&A on Facebook which is summarised below.

What do Brits need to know about their passport and travel to Spain post-Brexit?

Passports will need to be valid for at least six months on the day that you enter Spain/Schengen area.

So in order to travel, there can’t be fewer than six months left on your UK passport before it expires and needs to be renewed, or you won't be allowed to travel.

If in the past you renewed your UK passport early, and your passport is valid for ten years plus the amount of months that you renewed in advance, keep in mind that those extra months do not count when considering passport validity.

If you’re in doubt, you can check your passport’s validity on the passport checker on www.gov.uk.

The passport validity rule does not apply to registered British residents in Spain, only to non-resident Britons, “but you may need that validity on your passport if you’re travelling elsewhere in the Schengen area,” points out Lorna Geddie, consul policy adviser at the British Embassy in Madrid.

“Up until now, UK citizens have been able to come to Spain for whatever length of time they wanted, most people would come for maybe four or five months over the winter,” Charmaine Arbouin, consul in Malaga for Andalusia and the Canary Islands, said about so-called 'swallows'.

“Brits are right in thinking that after the transition period, those who are not resident in Spain or other parts of the EU will only be able to spend 90 days in every 180-day period here.

“As far as we are aware of, the clock will start ticking from the first point in which you enter the Schengen area.

“And it’s really important that people know that that’s not from the moment that you reach your final destination but rather when you first enter the Schengen area.

“You may be destined for the south of Spain but you drive though France from the UK, which is when the clock starts,” Arbouin said.


Will I be able to put my 90-day periods together?

Unfortunately, the answer seems to be no. If you’re a non-resident Briton in Spain you won’t be able to spend two 90-day periods together to form 180 days in a 365-day year.

At the end of the 90 days, you need to be out of the Schengen area.

Until you reach day 180 you will not be allowed to re-enter again.

You can also split the 90-day period into two 45-day periods within a total of 180 days, starting from the moment you first enter the Schengen area.

The British Embassy team recommended using the Schengen calculator for non-resident Brits in Spain or the EU to know when they must leave.

“It’s not a failproof system but it will help you to make the calculation,” Geddie said.


How will border control know how long I’ve been in Spain?

“From January 1st, 2021, British people entering the EU will have their passports wet stamped so it will be clear how many days you’ve spent in the Schengen area,” Arbouin explained.

Your UK passport may also be scanned and there will be a record of the date you entered Spain on your flight or ferry booking.

When does the 90-day rule start?

“We are still waiting for Spain and other Member States to confirm how they’re going to handle people that straddle both the transition period and the post-Brexit period,” Arbouin said.

“What we do know is that if you come in before January 1st your passport won’t have been stamped”. When will EHIC cards cease to be valid for British non-residents after Brexit?

If you’re a non-resident Briton who arrives in Spain before the end of the transition you will continue getting emergency health cover through the European Health Card for the duration of your stay, even into 2021.

Technically, if you are a British non-resident you will have to have left Spain by the end of March under the 90-day rule, unless a new rule for those straddling the transition period applies.

Logically this is not something that British people in Spain have previously had to worry about, as the European Health Insurance Card (EHIC) entitled them to emergency treatment in Spain should they fall ill or get injured while they are here.

However, as a European scheme this will not be available to British people after Brexit and therefore holidaymakers and non-residents arriving in Spain after December 31st will no longer be able to use their EHICs and will have to take out travel/health insurance.

READ MORE: How to access Spain's public healthcare if you're not a pensioner or working

Does the 90-day rule apply to British second home owners in Spain?

Yes. If you’re not a resident in Spain you are bound by the 90-day rule as well.

“It’s perfectly possible that at some point in the future Spain may choose to have a different sort of regime for second home owners or people who spend long periods of time in Spain,” Arbouin said.

“But as the rules stand at the moment, everybody who is not a resident in Spain falls into that 90 in 180 days rule.”

What’s the latest on pet passports?

The specific rules surrounding pet passports post-Brexit are not yet known.

It depends on what category the UK is placed in as a third country. That will determine how much paperwork British pet owners need to fill in to travel between the UK and the Schengen area.

“We’re advising UK pet owners who plan to travel to Spain in 2021 to prepare the paperwork as if the UK were classified as an unlisted country; this is when the most paperwork is required.”


Does having a NIE number make a difference to how long I can stay in Spain?

No, a NIE is often wrongly used to refer to the green residency document issued to Britons before July 6th 2020, but it is just a foreign identity number which non-residents will need to open a bank account in Spain, own a home etc.

It isn’t a residency document and therefore will not mean they can sidestep the 90-day rule.

Which airport queue will British travellers have to stand in from January 1st 2021?

All UK nationals, including those who are residents in Spain, will technically have to queue in the third country nationals’ queue at airports, Lorna Geddie said.

“Exactly how that will be implemented at each airport is down to each Member State,” Geddie argued.

“Some airports are bigger than others with more options but in general UK nationals will be asked – whether or not they are Spain residents protected by the Withdrawal Agreement – to join the non-EU queue. “