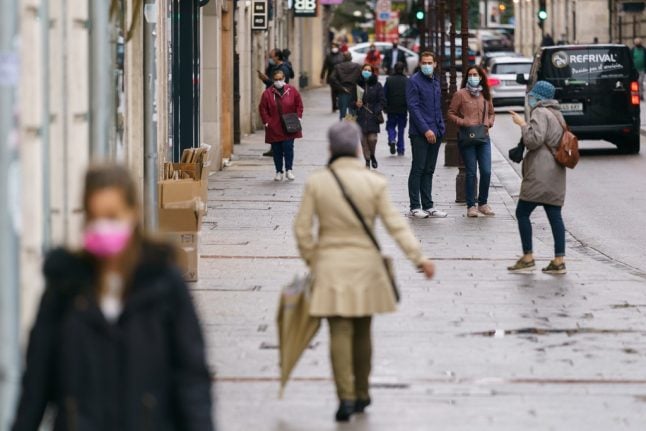 Spain, a nation of around 47 million people, on Wednesday officially became the first European Union nation — and only the sixth in the world — to surpass one million confirmed Covid-19 infections.

But Sanchez said in a televised address that “seroprevalence studies indicate that the actual number of people who have been infected in our country exceeds three million compatriots”.

“The situation is serious and we must all with determination, social discipline and the necessary union to protect the public health of everyone.”

Sanchez said the actual number of infections is higher than the official figure because the number of cases detected at the start of the pandemic was very low.

Spain was now detecting “the majority of cases”, around 70 percent, compared to just 10 percent during the first wave of the pandemic, he added.

Like other nations Spain has carried out antibody studies, also known as seroprevalence research, to get a clearer understanding of the size of an outbreak and where it is spreading in order to guide decisions on how to contain it.

The virus has so far claimed nearly 35,000 lives in Spain, according to the latest heath ministry toll published on Thursday.

But experts say that, as in most countries, the figure is probably much higher because insufficient testing and asymptomatic cases prevent the authorities from detecting the true scale.

The Madrid region said it would ban households from gathering indoors from midnight until 6 am and limit capacity inside bars and restaurants to 50 percent.

The measures will come into effect on Saturday when a two-week partial lockdown imposed on the Spanish capital area and several surrounding cities by the central government ends.

Two other regions, Castilla and Leon and Valencia, said they would move to impose a nighttime curfew on their own, while the southern region of Andalucia said it would do so in the city of Granada.

The central government is not opposed to a curfew but it says it would require the declaration of a state of emergency, and before taking this step it wants the agreement of all regional governments.

Sanchez said the situation was “not comparable” to March when the government declared a nationwide lockdown, one of the world's strictest.

The government wants to avoid a new lockdown at all costs “because of the consequences it has on out social life and its economic impact”, he said.

The new wave of contagion not been as deadly as the peaks in late March and April, when fatalities routinely exceeded 800 per day, as the median age of people being infected has dropped and doctors have learned how to better treat the disease.