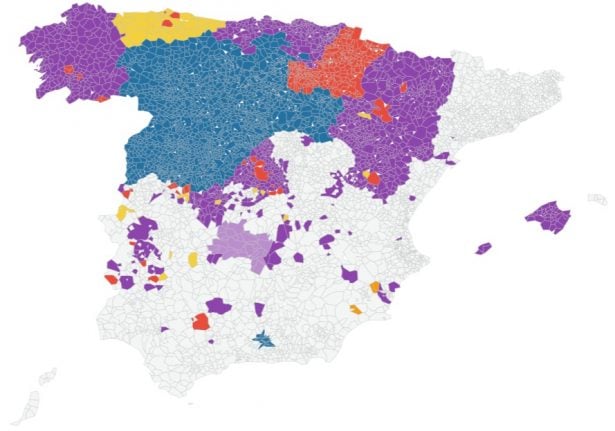 UPDATE: The whole of Spain, except the Canary Islands, now has a curfew imposed that limits movement outside the home between 11pm and 6am (although it can shift an hour either way depending on the region) since a new state of alarm was declared on Sunday.

READ MORE: What are the rules under Spain's new state of alarm?

In total some 2,470  municipalities across the nation have measures imposed to restrict movement beyond the curfew as the true number of cases in Spain is thought to have reached over 3 million.

The entire regions of Navarra and La Rioja as well as 76 municipalities across Spain have perimeter confinements restricting the movements of 6.9 million people, some 14.7 percent of the Spanish population.

A total of 13 provinces have perimeter confinements imposed within them as the criteria in those municipalities meets conditions set by Spain’s Health Ministry.

A municipality is confined if it has over 100,00 population and has reported more than 500 cases per 100,000 inhabitants over the previous 14 days; it must have 35 percent or more intensive care beds occupied by Covid-19 patients, and positive results in at least 10 percent of PCR tests.

The region of Navarra imposed a perimeter lockdown at its borders from Thursday October 22nd while Rioja introduces the measure from Friday October 23rd.

The cities of Zaragoza, Huesca and Teruel, the three provincial capitals in Aragon, all have perimeter confinements in force.

The city of Madrid and nine other municipalities around it currently has a perimeter confinement but that will be lifted on Saturday October 24 when the State of Emergency declared by Spain’s government over the region expires. On Monday new restrictions will be put in place in 32 healthcare zones that include perimeter confinement

In Andalusia, the town of Écija has a perimeter confinement as does Villanueva de la Vera and Hoyos in Caceres province of Extremadura and Almendraleja and Villanueva del Fresno in Badajoz province.

To check the restrictions in place in each municpality, RTVE have produced this interactive map. Return to the “de-escalation phases”

Remember the 'de-escalation phases' applied to different parts of Spain on a step-by-step basis as the nation came out of lockdown back in May and June?

The rules for Phase 1 and Phase 2, which limits occupancy in bars and restaurants as well as social group sizes are now in place across much of the country.

Well, some 97 municipal areas have dropped down a phase (the majority in Asturias) and another 1,882 are subject to different types of restrictions affecting 24 million residents, almost half of the population.

Here’s a reminder of the rules for Phase 1 and Phase 2.

The state of alarm limits social meetings to a maximum of six people both in private places and public spaces, unless they live together under the same roof across Spain except the Canary Islands. But the regional governments have the authority to lower the maximum number allowed in a social gathering. Galicia has already set a limit of five.

Last week Catalonia imposed a region-wide ban on restaurants and bars opening except for take-away food. And Melilla took the same measure on Friday. 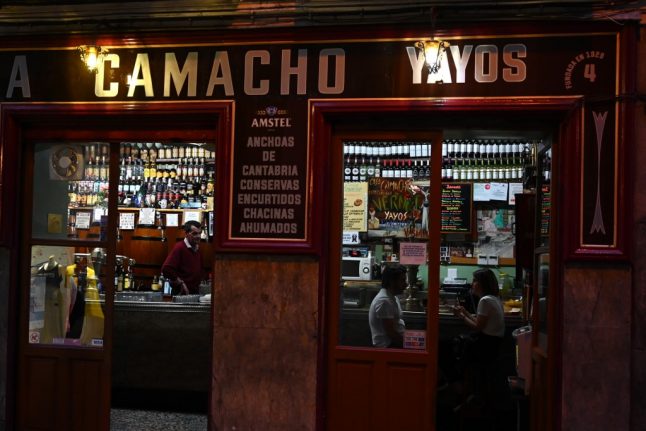 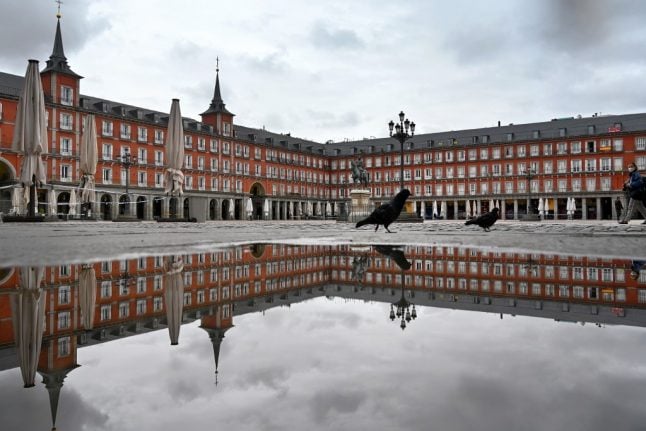 ANALYSIS
ANALYSIS: Is Spain heading for another national lockdown?

ANALYSIS
ANALYSIS: Is Spain heading for another national lockdown?
Url copied to clipboard!