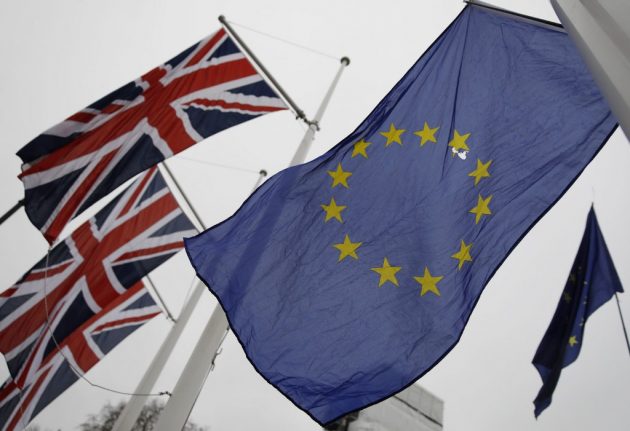 With Brexit negotiations randomly on again, off again, it’s rare that the topic of citizens’ rights comes up these days. We regularly hear about fishing, or the “level playing field”, but our rights as UK citizens have recently been largely ignored.

This week, the Future Relationship with the European Union committee (FREU) proved that it still has our best interests at heart with the publication of a report. The cross-party House of Commons committee, headed by Hilary Benn MP, has always looked out for the rights of British citizens in the EU and EU citizens in the UK.

Formerly known as the Exiting the EU committee, until Brexit was “done”, it has listened to evidence from many witnesses representing various demographics and sectors. Campaign groups for UK citizens in the EU, and EU citizens in the UK, have regularly presented evidence concerning the issues we face after Brexit, myself included.

At this late stage, it’s reassuring that the committee is still focusing on our rights and is unanimous in its conclusion that these “must be a priority”. In its report issued on Tuesday, FREU urged “the UK and EU to ensure that the citizens' rights protections in the Withdrawal Agreement are fully implemented for UK nationals living across the EU and EU citizens in the UK”.

1) UK nationals need to be made aware of what they need to do to secure their rights.

Responsibility lies with both the UK and EU governments to make relevant information available to enable residency applications. The priority is to ensure that we understand what is required to secure our post-Brexit rights. This is being facilitated through embassies and consulates and with UK government-funded support programmes. The report highlighted the need for the UK government to monitor the effectiveness of the available support, and to reassess and reallocate resources if required.

2) Deadlines for UK citizens to apply for resident status should be extended where necessary.

The report urged EU governments to extend deadlines for residency applications, if they hadn’t done so already. It also recommended that some flexibility be applied to delays, especially if Covid-19 issues had caused “a reduction in their capacity to manage applications”. The TIE card (inset) is a must for Britons living in Spain who haven't registered before. Photo: AFP/ British Embassy Madrid

3) UK nationals should be encouraged to register in host countries.

The committee highlighted the importance of registration as the first step in securing rights protected by the Withdrawal Agreement. The report also warned that, in countries such as Spain, France, Portugal and Greece, unknown numbers of unregistered UK nationals exist. The committee urged the UK government to help those people to register before the transition period ends.

The report ended with a quote from its’ chairman, Benn: “This Committee and its predecessors have taken a close interest in the rights of UK citizens in the EU, and EU citizens in the UK. This is an incredibly important issue that has affected, and will continue to affect, the lives of millions,” he said.

“Both the UK and EU member states have done much to help ensure that the rights of citizens are protected, but with deadlines approaching, those who have not yet applied need to know that they must do so. That’s why the necessary information must be communicated clearly and comprehensively. Whatever happens with the negotiations, nobody who has built a life outside their country of birth should run the risk of being forced to leave simply because they inadvertently slipped through the net by not claiming the rights that are theirs.”

While the Brexit negotiations continue – or don’t – it is still unclear whether a deal will be struck between the two parties. Whatever happens, you can be sure that “negotiations” with our nearest and biggest trading partners will continue for many months, if not years.

Despite UK government rhetoric and posturing, discussions – in some form or other – will be occurring behind the scenes. As Hilary Benn said in the House of Commons on Tuesday: “It's quite clear the negotiations are continuing, and I think the war of words now needs to stop. Both sides need to get together and agree a deal.”

Whether we end up with no deal, or a bad deal, we can be sure of two things. Firstly, the rights protected by the Withdrawal Agreement are safe under international law, regardless of whether a deal is reached. Secondly, our rights – and the deal – will never be as good as those we enjoyed as EU citizens, and with the UK as a member state.

Brexit should never have been our destination, but this is where we are now.

We expect the British government to mitigate the damage, but we must take responsibility for doing so as well.

Please ensure that everyone you know is registered as a legal resident of Spain, as soon as possible. We may not keep all of our rights, but those protected by the Withdrawal Agreement are definitely worth signing up for!