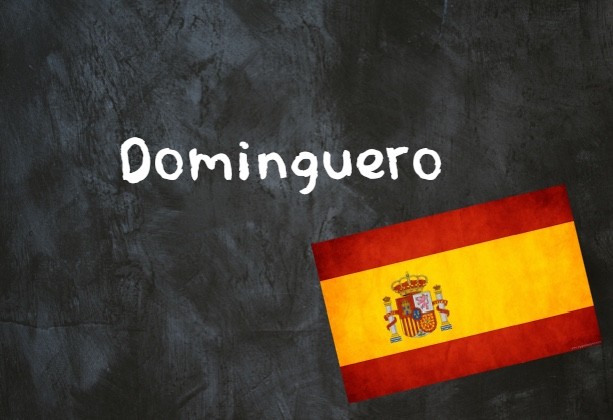 It is a useful word that doesn’t exist in the English language. When used as an adjective it describes a way of doing a relaxed activity that one might traditionally reserve for a Sundays such as long lunch, a Sunday drive to the countryside, or a lazy afternoon.

As a noun it can be used to describe a city dweller on a trip to the countryside or pueblo like in this add for a rural property:

Esta bonita casa de campo es ideal para domingueros o alguien que no quieren demasiado espacio. Es acogedor, pero se abre hacia el valle – This pretty cottage is ideal for weekenders or somebody who does not want too much space. It is cozy, yet opens up towards the valley.

But is often used in a derogatory way.

No conoces nada de la ciudad porque eres una dominguera. – You know nothing about this city because you are a “Sunday tourist”.

In coronavirus times, the term has come to be used to describe those people who leave a city where there are high infection rates and raise the risk of contagion to outlying areas, such as the towns in the sierra around Madrid.

This headline in El Periodico is a good example:

“Mayors of towns around Madrid overwhelmed by the arrival of Sunday daytrippers.”

And this one in La Rioja online news site Nuevecuatrouna talks about road blocks to prevent people leaving the restricted zones of the city to head for a countryside village: It is also used as an insult to describe a bad driver.

The Sunday driver that took me to the airport almost crashed at least twice.

But when used in a positive way it can mean dressing up in Sunday best (vestido dominguero), enjoying a lazy Sunday or doing something as a hobby.

It can be used a verb 'dominguear' –  meaning 'to Sunday' –  to describe doing something at a relaxed pace or to have a chill, fun Sunday.

This headline in El Espanol sums it up: Two brunch plans to have an enjoyable Sunday in Madrid.

So if you are someone who enjoys lazying around on a Sunday, escapes to the countryside from the city or causes other drivers to curse at your lane hogging, then you may find yourself being referred to as an “dominguero” or “dominguera”.