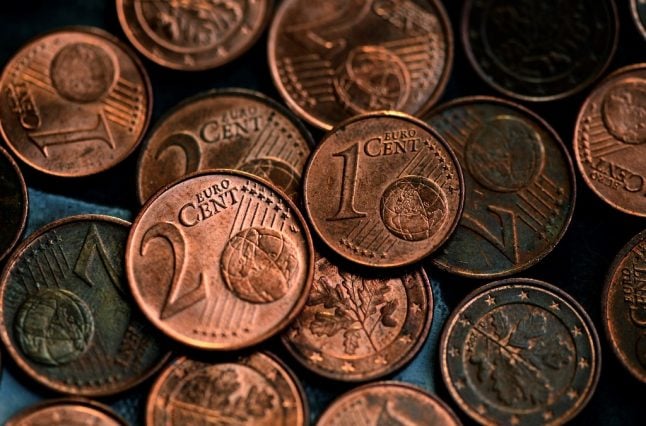 Brussels is considering a new rule to round off all prices to the nearest 5 cents, which would mean phasing out the small, brown one and two cent coins.

On Monday, the Commission opened a 15-week public consultation on the use of the small coins.

After consultation, the Commission will consider the possibility of putting forward a new law at the end of next year which would introduce uniform EU-wide rules for rounding off cash payments to the nearest 5 cents

“EU rules on euro coins state that the EU institutions should periodically examine the use of different denominations of euro coins in terms of costs and public acceptability,” the consultation said.

The commission “will carefully study the economic, environmental and social consequences of introducing uniform rounding rules,” it said on Monday.

Ordinary citizens and institutions are invited to share their opinions and suggestions on the issue of whether prices should be rounded off and the small coins ditched.

Citizens are invited to leave feedback on the Commission's website. A quick look at the comments suggests opinions were divided.

One commenter from France wrote: “I am in favour of removing the 1 and 2 cent coins. They are expensive to produce, to transport, and clutter up purses without providing any real service. In addition, these “small” coins seem to me all the less necessary as card and contactless payments have increased significantly (especially since the Covid epidemic).”

Have your say: Should the EU get rid of 1 and 2 cent coins and round all prices off to the nearest 5 cents?

However another respondent summed up the views of many who though a rounding off of prices would simply mean a rounding up of prices at the expense of consumers.

“Abolishing 1 and 2 cent coins will most likely result in another rounding up of prices concerning mostly consumer goods, which will make day-to-day life even more expensive, whilst wages have not risen and are in the future unlikely to increase at the same rate,” wrote the anonymous commenter.

“Hence, the standard of living is progressively decreasing. Now that cannot possibly be, nor should it be, the aim of the European Union.”

The bank posted an annual net profit of €9.6 billion, up 18 percent from 2021 and higher than forecast by analysts polled by financial data firm FactSet.

“2022 was another strong year for Santander as we made further progress in growing our customer base profitably, while maintaining a rock-solid balancesheet,” Banco Santander head Ana Botin said.

Central banks have hiked interest rates worldwide in an effort to tamerunaway inflation, which jumped after economies emerged from Covidrestrictions, and surged higher still after Russia invaded Ukraine last year.

Botin said central banks and governments are expected to continue to focuson bringing down inflation this year.

“Our team has proven experience in navigating these conditions successfullyand we expect revenue growth will continue to offset cost inflation pressuresand the anticipated increase in cost of risk,” she said.

The bank, which has a strong presence in Europe and Latin America, added seven million new clients last year, bringing its worldwide total to 160 million.

Its net interest income, the equivalent of its revenue, rose 16 percent to reach €38.6 billion, slightly higher than forecast by FactSet.

The bank confirmed that shareholders would receive a payout of around 40 percent of the group’s underlying profit, divided equally between cashdividends and share buybacks.

Spain’s left-wing government plans to impose a temporary windfall tax on big banks in 2023 and 2024 to finance measures aimed at helping households cope with higher prices.

The measure is expected to add €1.5 billion to the state budget this year and a similar amount in 2024.