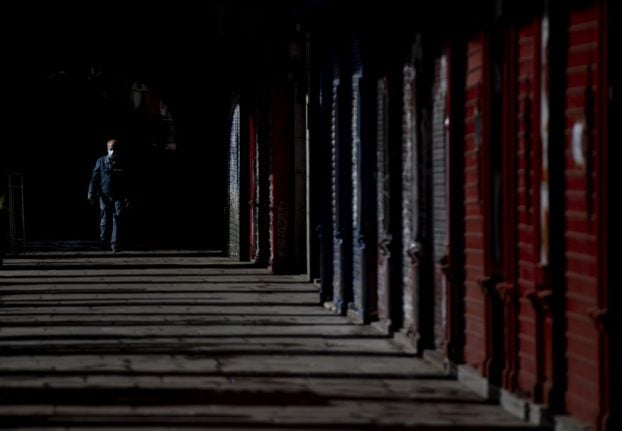 The city and  surrounding region is at the epicentre of a second wave of coronavirus that is sweeping Spain, having claimed more than 31,000 lives and infected over 700,000 in the highest infection rate in the European Union.

Over the past week, the Madrid authorities have placed around a million people under partial lockdown, but the measures have fallen well short of the central government's demands, triggering a warning from Justice Minister Juan Carlos Campo.

If Madrid's conservative-led regional government did not toughen its strategy, “there is no doubt that (the central government) is prepared to do whatever is necessary” to rein in the virus, he told Spain's RNE public radio. Although Spain is struggling with the highest number of new cases within the EU with a rate of nearly 300 per 100,000 inhabitants — in the Madrid region, the figure currently stands at more than 775 per 100,000.

Since the national state of emergency ended on June 21st, responsibility for public healthcare and managing the pandemic has been in the hands of Spain's 17 autonomous regions.

Over the past week, Madrid has imposed partial lockdowns on areas in and around the city where residents cannot leave their neighbourhoods unless for work, school or medical reasons. But they are not confined to home and can move freely within their district.

An initial confinement order affecting 850,000 people was rolled out a week ago, with another 167,000 people added on Monday. Police are conducting random checks to ensure compliance with the new rules, which now apply to nearly one
in six of the region's 6.6 million residents.

The restrictions have been imposed in areas with an incidence of 1,000 cases per 100,00 people.

But Health Minister Salvador Illa has said the restrictions should be imposed across the capital as well as surrounding areas with more than 500 cases per 100,000 inhabitants, warning at the weekend that the region was putting residents “at serious health risk”. “We are already late…we can't take this as a game,” the minister added on Monday following a meeting with Madrid regional health officials which did not break the impasse.

“The longer we wait, the more difficult the measures will be which we will have to adopt.”

“Madrid cannot close,” she said, adding a city-wide lockdown was out of the question because of the devastating economic impact. Ayuso (L) receives Spanish Prime Minister Pedro Sanchez prior to holding a meeting for emergency talks “to define a common strategy”  in Madrid on Sept 21st.

The stand-off began on Friday, just days after Sanchez and Ayuso met to discuss a coordinated response to the crisis.

As a top Madrid official outlined the raft of new restrictions, Spain's health minister addressed a parallel news conference to denounce the measures as not going far enough.

Cristina Monge, a political scientist at the University of Zaragoza, said if Madrid's conservative government refused to bend, the central government had a number of legal options, the “least aggressive” of which was to amend a decree regulating the “new normality” in an emergency.

It could also take more drastic action to declare a state of emergency in Madrid, allowing the central government to take over the region's healthcare – or it could use a constitutional article to suspend the region's autonomy,
she said.

But Sanchez's administration wanted Madrid to act because it knew that “direct intervention could be counter-productive”, allowing Diaz Ayuso and the PP to deflect blame for the crisis and accuse the central government of “using authoritarian means to usurp its powers”, said Pablo Simon, a political scientist at Madrid's Carlos III University.

Both administrations, he said, were keen “to avoid squandering any political capital, and nobody wanted to take responsibility for imposing unpopular measures even if they were necessary to manage the pandemic”.